Use The Crescent Moon To Find Your Way At Night 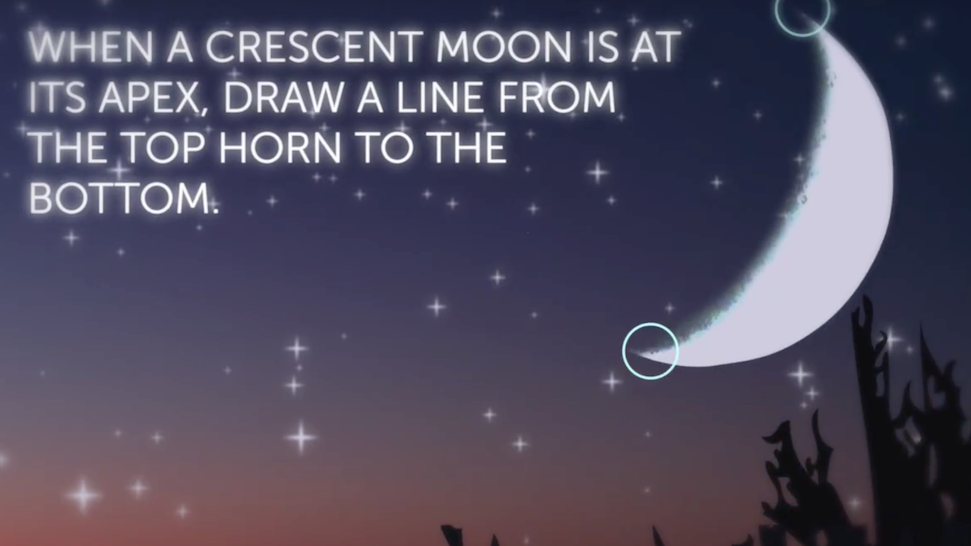 If you're lost in the bush at night, disoriented and without tools to help you figure out which way is which, the folks at Atlas Obscura have a simple suggestion: Look to the moon. If it's a crescent moon, you'll be able to figure out which way you're facing pretty easily, and this short video explains how.

In short, when the crescent moon is at its apex, draw a line from the top of the horn to its bottom, then follow that line to the horizon. You'll be facing due south if you're in the Northern Hemisphere, and north if you're in the Southern Hemisphere. It's a simple thing to remember, and obviously not the only thing you can or should know about finding your way if you're lost outdoors at night (and, of course, it's not necessarily a good tip if the moon is full, for example, or waxing, or if it's not visible or there's a new moon). Even so, consider it just one more tool in your arsenal of wilderness skills you should know.