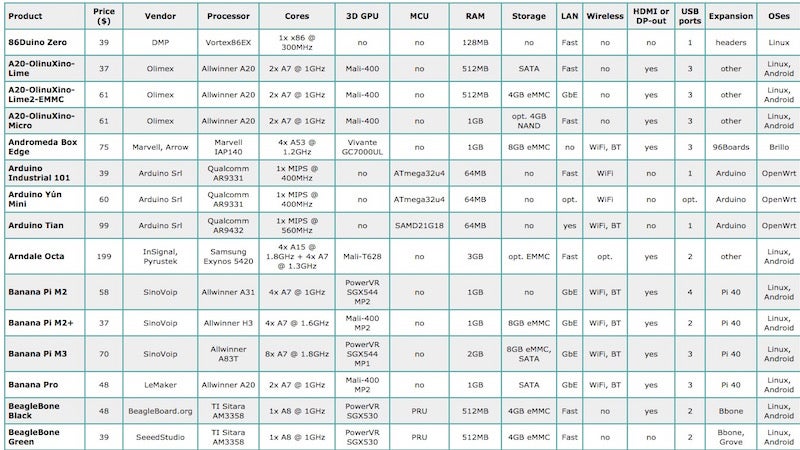 You have a ton of different options for single board computers that can run the likes of Linux or Android. While a board like the Raspberry Pi might be the most popular, it's certainly not the only one. Over on HackerBoards, they have a massive chart comparing all 81 different boards.

The HackerBoards chart covers price, processor, RAM and a bunch of other useful specs. This makes it pretty easy to see the differences between say, a Banana Pi, a BeagleBone and a Raspberry Pi with just a glance.

While pricing and brand names are centric to the US, most are available to purchase online if you don't mind forking out for shipping. (Thankfully, most of these units are pretty small so the additional fees aren't exorbitant.)

If you want to dig deeper than just specs, HackerBoards has you covered with its detailed catalogue too. Of course, there are lot of factors other than specs to consider when you're picking a board, but this is a great start.