Think Of Networking As Joint Progress, Not Using Someone To Get Ahead 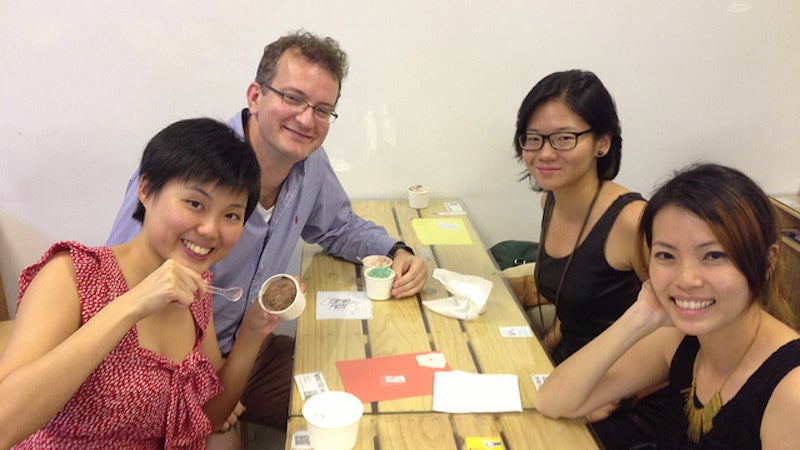 The idea of networking sometimes feels sleazy, and it can be if you're doing it wrong. If you think networking is about using someone to get ahead, you're thinking about it all wrong. It's about building a community of like-minded friends, so you can make progress together. Photo by Kai Hendry.

Years ago, I took a writing class and our teacher discussed the importance of building relationships. He explained something he noticed from watching students succeed over the years:

When one of them succeeded, everyone in the group succeeded. So it's not about using someone; it's about making progress and moving ahead together.

In other words, it's about helping each other move forward. When you move forward, so do the people around you, and, ideally, vice versa. As our own Alan Henry put it, "a 'professional network' is just code for 'friends who are willing to help each other professionally'."

If you have a natural aversion to networking, it may help to reframe the way you think about it in these terms. We've also written a guide on how to do this, so check it out here.