Reader Norma just decided to renovate her workspace, and did it all for just shy of $US800 ($1,108). She has tons of before and after pictures over at Flickr, but we're going to focus on the after shots here, because they look great. Room to work, tons of storage for games, and lots of action figures.

The full shot to the left of her home office is at the top here, with the sliding storage pulled back to reveal the shelves and shelves of games in the shelving system right next to her primary computer, a space-saving iMac. There's space to the right of the computer for another person to chill out, or for her to spread out, we imagine, and a TV just behind. Here's a shot to the right, where all the action figures live, with the storage all closed up:

And finally, a decent shot of the figure shelf itself. Pretty neat: 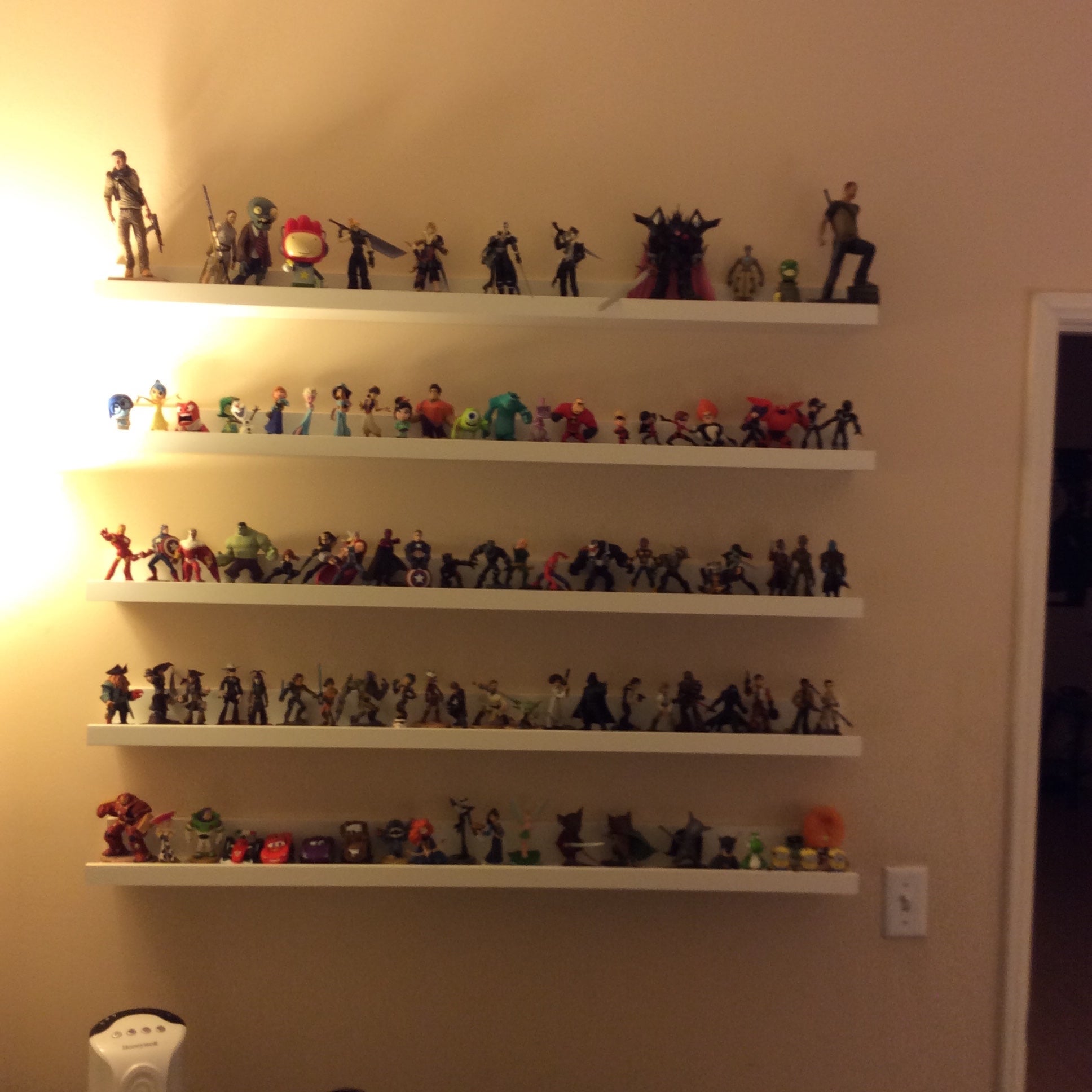 Like we mentioned, if you want to see what the space looked like before the changeup, you can hit the Flickr link below to browse the whole gallery, there are some direct before/after comparison pictures there too. In the meantime, if you have some toys and collectables around your office space, maybe you can draw some inspiration from this one!