Revisiting The ‘Latte Factor’ And The Power Of Daily Routines 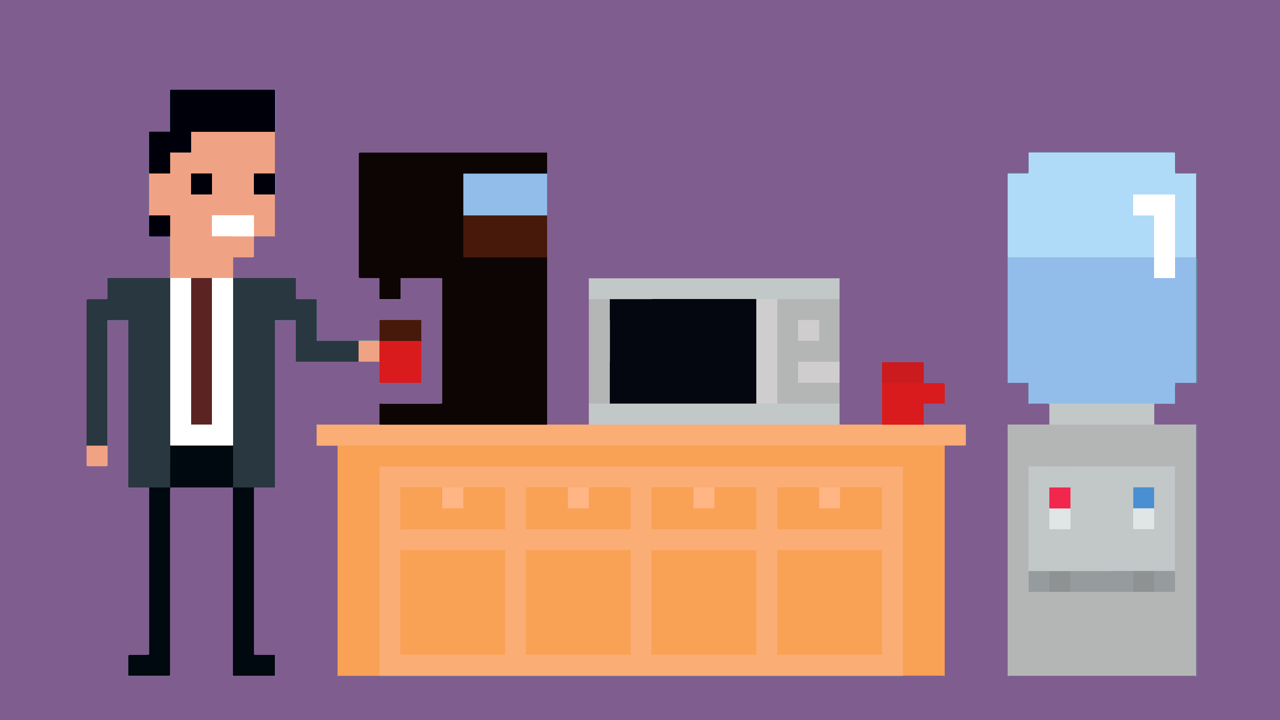 One of the most discussed concepts in personal finance is the “Latte Factor,” an idea first popularised by the personal finance writer and speaker David Bach. The idea, in a nutshell, is that you can achieve a great deal of personal finance success by finding small things to cut in your life, and he used the example of a daily latte that one might purchase at a coffee shop, hence the name “Latte Factor.”

The big dispute around the idea of the “Latte Factor” comes down to how effective it actually is. On one side of the debate are people who look at the savings from cutting a latte — say, $US8 ($11) or something like that — and think that it’s probably not worth doing that if it reduces the quality of your day by any significant amount. On the other side of that debate are people who point out that the value doesn’t come from just cutting out the latte once, but from cutting it out every single day. For example, if you get an $US8 ($11) latte and bagel every single weekday for fifty weeks out of the year, that’s 250 purchases, which adds up to $US2,000 ($2,714).

Looking at things from that perspective changes the debate. It becomes a question not of whether there’s value in doing something once, but in whether there’s value in doing it every single day as part of a routine. Spending $US8 ($11) on a latte and a bagel might be a good one-time choice if you’re going out with friends or something, but spending $US2,500 ($3,392) a year to have that latte and a bagel every single morning is a different value proposition altogether.

Maybe spending $US2,500 ($3,392) a year for the daily latte and bagel is still worth it to you, but when you start to look at things from the repeated perspective, it really puts a hard focus on the idea of daily routine. Let’s take a hard look at that idea.

Let’s start by taking a look at what my typical day was like before I started my financial turnaround. Most days, I got up and drove to work. Along the way, I often stopped for breakfast of some kind, almost every day — it was routine. I’d go to work and many days I’d go out for lunch with coworkers, usually to one of the nearby food stands. After work, I’d head home, but I’d often stop at a bookstore or an electronic store that I’d pass on the way (and sometimes buy things) and about twice a week I’d stop for groceries, picking things up in an unplanned way for meals for the next few days. Those actions made up a big part of my daily routine.

On the other hand, my routine today is much different. I usually wake up and settle in to a morning writing session in my home office. Breakfast and lunch are usually scavenged from the refrigerator or freezer, often leftovers but sometimes a prepared frozen meal. Once a week or so I’ll go to the library and eat lunch out of the house, and on those trips I’ll stop for groceries most weeks, though that stop is usually highly planned and involves a grocery list, and I’ll also stop at a game shop about half the time. That’s some semblance of what my routine looks like these days.

Both of those routines involve things that cost money, but many of the changes in routine result in me spending less today than I did in the past. I eat perhaps 10% of breakfasts outside of the house and maybe 10% of lunches, too, whereas before I ate about 75% of both breakfasts and lunches out and about. My grocery store visits were twice weekly in the past and were often poorly planned; today, I stop once a week and spend about the same amount of money. I don’t stop at bookstores or gadget stores any more, though I occasionally do stop at a local board game store.

Why do I consider weekly events part of a daily routine? It’s because some things rely on the schedules of others and are somewhat out of my control, which restricts me from doing them every single day. I want to include those routine events that might not necessarily happen daily, but happen frequently enough to pay attention to.

It is my belief that optimising a person’s daily routine is the most powerful tool a person has for maximizing the value of their money, their time, their energy, and their joy in life. Notice that I did not say “minimising spending” there.

Figuring Out Your Daily Routine

The first step, of course, is understanding what your daily routine actually is. So, how does one really figure out what makes up a part of their “daily routine”?

After a week or so — or, better yet, a couple of weeks — all you have to do is sit down and look at all of the different activities listed in that diary. How many of those things do you typically repeat on a weekly basis — or more frequently? Those are the things that you should consider to be a part of your daily routine.

The best way to improve a daily routine is to go through, item by item, and ask yourself a few questions about each item.

What is the reason that I’m doing this particular thing so often? Is it a worthwhile thing to be doing? Should I be doing less of this? More of this? For example, one thing that’s part of my daily routine is simply looking at websites. I do this for a mixture of reasons, but in terms of my pure entertainment usage, I’d like to be doing it less. On the other hand, exercise is something I do that I want to do more of. I usually enjoy moderate intensity exercise and it certainly improves my health and makes me feel better, but getting started is always the tricky part.

Is this the most worthwhile way to use my time/money/energy to accomplish my objective? Eventually, you’ll come to realise that most of the things you do serve to accomplish a handful of life objectives. Even your leisure time is that way — you strive for quality leisure time and meaningful experiences. Once you realise that, you can start to move through all of the things you spend your time on and ask yourself how much value you’re getting out of each of the ways you spend your money, time, and energy regularly.

For example, I enjoy reading books and playing board games for the entertainment value, the mental challenges provided, and in the case of board games, the social interaction as well. The question is this: does time spent going to a board game store or a bookstore and the money spent in those stores really further what I want to get out of those hobbies? Sure, but in those cases, I’m exchanging a significant amount of money and some time just to acquire more books and games. It’s not about reading or playing a game.

What are the alternative ways I could try to use my time/money/energy to accomplish the objective? Are they more efficient at achieving the same result? Do they achieve a better result without using more resources? On the other hand, going to the library allows me to acquire books essentially for free. I can basically get any book that I want from the library, either on the shelves or via requests. With board games, I do have some reason to own a few games, but they’re mostly played with my wife; I have no real reason to own many multiplayer games because I play them at community nights where others bring a lot of games, too.

In other words, if my passion is truly about reading books and not acquiring them, I have no reason to go to bookstores. Similarly, if it’s about playing board games instead of acquiring them, I have little reason to go to game stores. I can simply replace any routine visit to a bookstore with a library visit, or a routine visit to a game store with an actual play of a game. In both cases, I’m either matching or coming closer to the thing I want to be doing while spending less money, making those choices superior.

Here’s another example: the morning latte. Let’s say you’re in this routine of picking up a morning latte and a bagel at the coffee shop each day. What are the alternative options to doing that? You could quit doing it, but you might really want that morning coffee to get going. Maybe you could get a coffee grinder and a simple French press and make coffee before you go, and buy some bagels to toast at home. That would save you money — the time would perhaps be a little more, depending on the speed of your coffee shop, or maybe making it yourself would even be faster.

The point is simple: consider the options for everything in your routine. What’s the “best” way of doing things, the one that gives you maximum “bang for the buck” for what you want to get out of each thing in your routine? Sure, sometimes you won’t do the cheapest thing, but you’ll find that if you put some critical thought into your choices, you’ll often end up choosing a less expensive (in terms of money or time or energy) option.

If you do that across most of the things in your daily routine, you’re going to end up saving a lot of money (and time) without really losing any of the quality.

The purpose of all of this can be expressed in two words: maximise value. Your goal is to maximise the value of every part of your routine, but it’s important to remember that “value” isn’t just money. It’s simply the smartest use of your time, money, and energy to get the results you want.

Over the last several years, applying this kind of thinking to my daily routine has saved me a ton of money, but it’s also helped me to discover a lot of time and energy for my various hobbies, too. I’ve eliminated some things that weren’t very good in terms of using my time, money, and energy because I realised that they weren’t really giving me any value in terms of what I wanted out of life — watching television in the evening is a perfect example, as was reading several distracting websites.

Revisiting the Latte Factor: The Power of Daily Routine [The Simple Dollar]