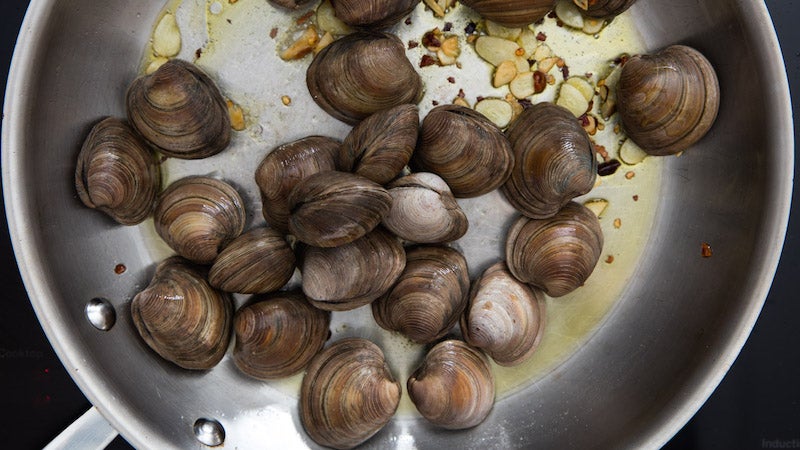 Nothing ruins spaghetti and clams or a clam boil like biting down on sand. Cleaning is important, but you can remove that sand and every bit of other grit before cooking by "purging" them, or taking advantage of their nature as bivalves and giving them some water to filter. Photo by Vicky Wasik.

You'll need to plan ahead because this process can take some time, and you'll probably need several rounds of purging. Daniel Gritzer, writing at Serious Eats, explains how it works:

Purging is easy: Simply let the clams stand in cold, salty water (about as salty as the sea, which means around a 3% solution, though I always just eyeball it). Lift the clams out every 30 minutes, change the water, and repeat until you see no sand or grit in the bottom of the bowl. That could be after the first purge, or the fourth. It just depends on the clams.

Use These Antivirus And Anti-Malware Apps Instead Of Avast

David Murphy 03 Apr 2020 3:00 PM
If something is free—especially if it’s a complicated something, or something you’d probably have to pay for otherwise—the familiar saying is often true: You’re the product. It’s one of the reasons you’re always being advertised to across the web. Search engines, email services, messaging platforms, or other apps and services you fancy cost money, and companies have to recoup that somehow (and profit).