Dashcams are a very handy way to keep a record of any driving incidents, and potentially save a hefty insurance excess. In an effort to make them even more useful, DashCam app Nexar plans to use advanced AI algorithms to recognise bad drivers, and warn other road users. It’s a lofty goal, but not without a few problems.

While stand alone dashcams are very popular, many drivers also use a smartphone and app such as Nexar to record video while driving.

Figuring that all that juicy data is going to waste, Nexar plans to put it to better use – effectively crowdsourcing driver safety.

The idea behind the app is that if it detects a driver already flagged as ‘bad’, then the app can give you a warning next time you see them.

The plan is actually pretty feasible, even if the app is not used by that many people. The boffins over at Nexar estimate that if in a given city, just 1% of drivers use the app, then they can gather data on 99% of the cities vehicles in just a month.

That’s actually pretty impressive, and even with less users, the app could quickly gather huge amounts of data. Of course, the whole concept raises privacy concerns, especially since Nexar envisions all sorts of uses for the info.

The idea is that any data about bad drivers can be used as a service to the community. But in this case, insurance companies are also part of that community. 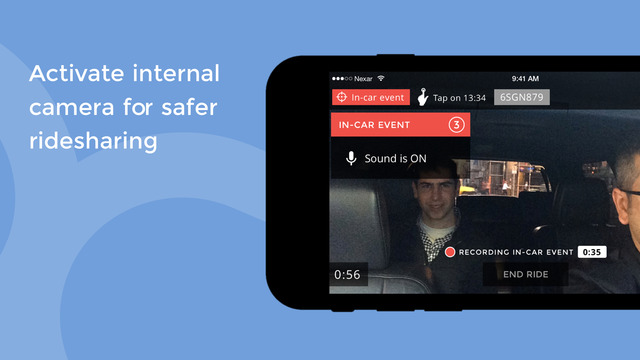 Using data from the app, it would be possible for companies to avoid drivers flagged as ‘bad’, and concentrate on the good ones. In theory, it’s a great idea, and would reward safe drivers.

There are also a few issues, such as not being able to differentiate cars from the actual drivers. It also raises concerns that law enforcement could access the recordings.

Another potential use for the app is car to car warning. For example, if it detects hard braking up ahead on the freeway, or around a blind corner, cars travelling behind could get a warning.

While the data from the Nexar app is analysed for information about bad drivers, your actual videos are not accessible by anyone else.

For now, all the extra features of the Nexar app are still being developed, and even then the actual roll out will be slow. It’s also only available on iOS, but an Android app is on the way.

Before you decide whether or not the idea of gathering so much data via dashcams is good or bad, watch this video of the latest dashcam videos in Australia. Who wouldn’t want to avoid some of these drivers?

What’s your crazy driver story? Would you install a dashcam app that tracks bad drivers? Tell us in the comments.