Grill A Frozen Steak To Perfection, No Thawing Required 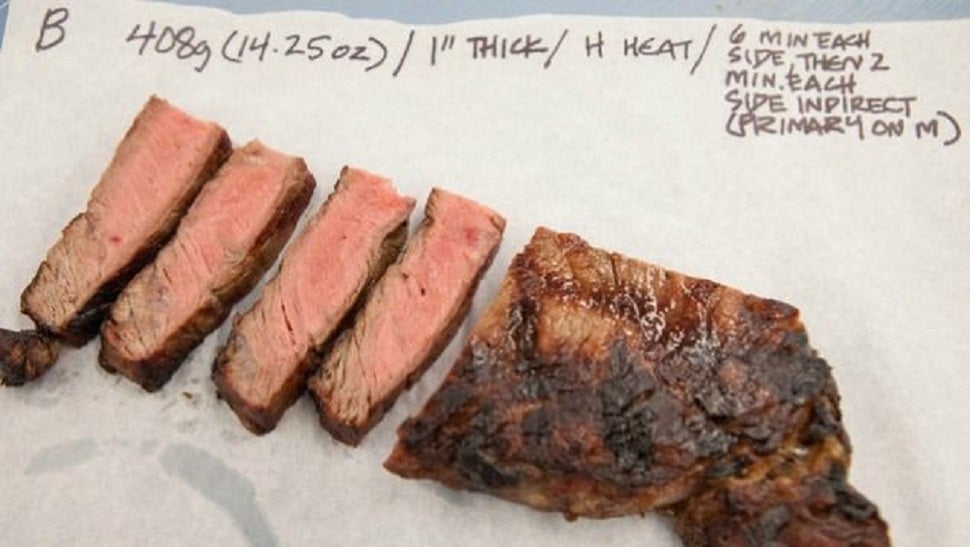 A big, frozen rib-eye may not seem like something you can just throw on the grill at the last minute, but Cook's Illustrated has devised away to grill thick, frozen steaks to perfection in well under an hour. Photo by Cook's Illustrated.

The key lies in setting up a two-level fire, placing the frozen steaks directly over the primary heat source for about seven minutes per side, until they're nice and browned all over. Once they have a beautiful crust on them, it's time to let indirect heat handle the rest and move them 15cm away from the heat source. Let them cook for another 12 minutes or so, until the internal temperature reaches 46C. Let them rest, slice and serve.

According to Cook's Illustrated, this method works best with thick steaks like rib-eye or New York strips, as thinner steaks will thaw and overcook internally before developing a nice, browned exterior, so aim for cuts that are around 4cm thick.