Career Spotlight: What I Do As A 2D Animator 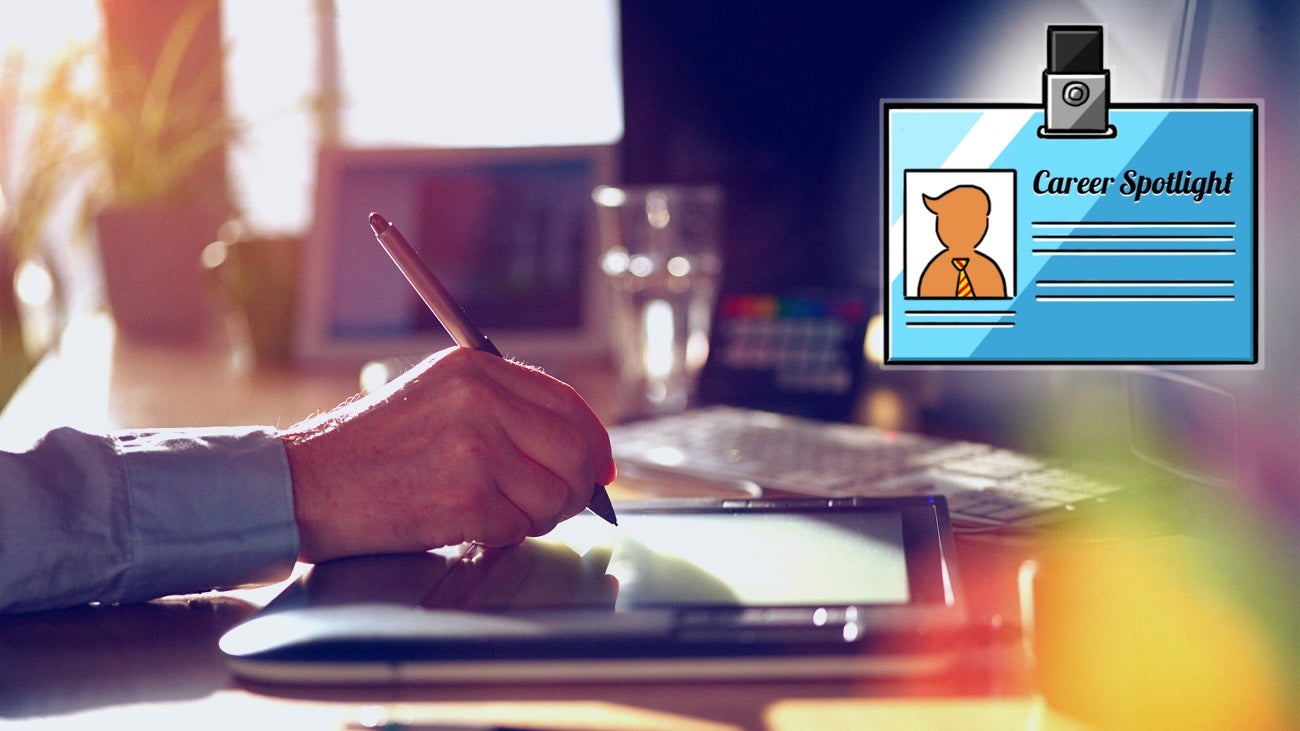 The creation process behind 2D animation conjures nostalgic images of smoke-filled rooms where animators laboured over their slanted drafting tables, flipping between thin pages while sketching a character into life. Those days may be gone, but 2D animators work in new ways to tell stories with their art. Photo by Alexander Kirch (Shutterstock).

Pencils, paper and acetate have given way to tablets and digital compositing techniques that can do anything the old-fashioned methods could do while also streamlining the process. No need to redraw a character pose if you have the digital file from a previous show on hand. (And the barrier to entry for a hobbyist is lower than ever — drawing tablets are cheap, and there's a variety of animation software that you can use for free.)

To learn a little about what it's like to work in contemporary 2D animation, we spoke with Sketch MacQuinor, lead animator behind Adult Swim's Squidbillies.

First of all, tell us a bit about your current work and how long you've been at it.

What drove you to choose your career path? Making a career in 2D animation isn't easy!

Growing up, I wanted to be a cartoonist like Bill Watterson and Jim Davis. I learned to draw copying Roger Rabbit books and comics, then took classes in high school. In high school I developed a love for film and so applied to colleges to become a filmmaker. I took two years of community college to save some money and while there I discovered 3D animation. When I got to my regular university, the Savannah College of Art and Design, I switched majors to 3D Modelling and Animation and got my degree. While there I studied 2D animation as a foundations class and took a single Flash animation class.

How did you go about getting your job?

I got my job by sending my demo tape (tapes were still a thing in 2002, though getting phased out slowly) to various companies. After a year of applications I got an internship in Atlanta with a now-defunct studio called "Wild Hare". After that I got rare, sporadic jobs with them while trying to get my name around to other studios. One day I ran into a former classmate named Nate Churney who was working at now-defunct Radical Axis on now-cancelled Aqua-Teen Hunger Force as a compositor. I gave him my card. They hired me soon thereafter as a compositor on ATHF which I worked on for two seasons and a little bit of the movie.

The show Squidbillies needed some animation tests and being one of the only Flash animators in town, I provided some for Radical Axis and they got the contract. I then became lead animator on a series developing a system by which to animate a long-form, animated, broadcast program using the knowledge of one Flash class and a lot of personal experimentation. That's been most of my job for 11 years. Now half of all shows are animated in a program called Harmony, and the other half are animated in Flash/Animate because it's cheaper.

What kinds of things do you do beyond what most people see? What do you actually spend the majority of your time doing? Meetings? Brainstorming?

I design most of the characters and other drawn elements on the show and animate a few scenes each episode. While I do that, I oversee, educate and sometimes learn from the animators I supervise. I ensure that their work is of a good quality and that they don't let the flat style of the show influence the end product, creating a style that's a bit more Family Guy than folk art. Most of my notes go along the lines of me saying, "I really see him doing something like this," and them wiggling my arms in a certain way, "than this," wiggling my arms a different way. "Does that make sense?" I'll ask. It almost always does. I often get up and enact the physicality that I want to convey in the character to figure out the timing, the motion, the character and the gravity. Those people I know that also practise their physicality get a lot of my respect. I don't do any of the writing outside of the occasional visual gag that comes of my animating scenes.

What other misconceptions do people often have about your job?

1. Some people think every frame is redrawn, but it's not. I'm using some of the same heads and mouths for the main characters that I drew 11 years ago. If someone's standing around talking in a scene, most of that probably came from a library, except for what they're doing with their arms or if they are displaying a nuanced facial expression.

2. We don't animate on paper. I haven't touched paper professionally in eight or nine years. By this point my name would be "Stylus" instead of "Sketch", but I don't have a strong enough sense of "style" to pull it off.

3. I don't write the show. I use my abilities to develop someone else's vision.

4. We almost never use references of the voice actors. The physical acting of the characters comes from the animators interpreting the same direction the voice actors were given by the producers.

What are your average work hours? Typical 9-5 thing or not?

In the case of Squidbillies, yes. We're a 9-5 job, 40 hours a week. It's a low-intensity, broad-deadline show that knows how to budget its hours so it rarely requires anyone to put in overtime, which is expensive. A fella came on to the show last season who had just come off of the ill-fated series Chozen. That show had a large budget and a tight deadline so the animators were working 60 hour weeks, in some cases 80. He hadn't seen his wife in months. Squidbillies was a relaxing diversion.

Having a former classmate to pass my information on to an employer and being the only guy who knew Flash at the right time started my career. Learning to be a professional and bolster my team helped it endure.

Do you do anything differently from your peers in the same profession?

I stay in one town for years on end. Also, I get up out of my chair and act complex actions.

Lack of recognition for my show. Eleven years and half of the folks I run into have either only heard of it, haven't seen it or have seen one episode or two and don't have much of an opinion. It's disheartening, especially with the success of far younger shows like the much-beloved Rick and Morty. That and the intentionally limited style of the show can be disheartening at times to an artist who wants to challenge themselves. And budget.

The other half of the fans who love the show. It's genuinely a great show, and I laugh enthusiastically every time I get a new script.

I often ask people what sort of money they can make in their field. I imagine, in animation, that really depends on whether you're with a large studio or a smaller shop. Can you comment on that?

Unless you end up at Disney, you're going to make teacher wages to pay off an exorbitant student loan. This is why I don't recommend people go to SCAD.

Is there a way to "move up" in your field?

I'm not the guy to ask. I've been the lead animator on the same show for 11 years. If you want to produce shows you need to be a writer/producer. Otherwise you just work hard and network and you get noticed and offered better jobs, like in any field.

What do people under/over value about what you do?

The quality of animation on this show is very good, but the flat colouring over a flat background tends to make people think of it as a low-quality show.

If you can find a way to avoid university debt, I'd recommend it. Start animating A LOT in your spare time and take advice from professionals who know what they're talking about, like in the 11 Second Club. If you can avoid the debt of university, please do so, though that sort of environment (being a professional student) is essential to gaining the needed skills. You don't become a quality animator with a professional mindset in your home office.