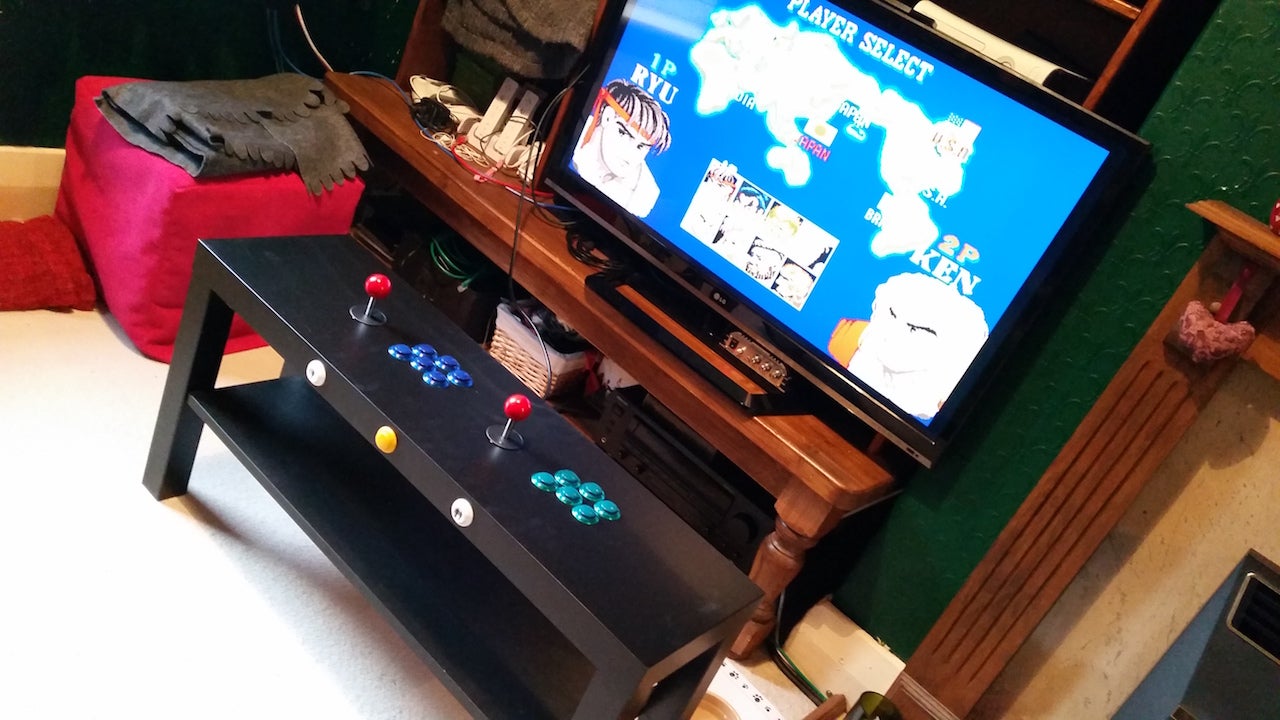 We've shown you some awesome IKEA game tables, and even a two-player coffee table mod, but this one takes our favourite emulation powerhouse, the Raspberry Pi, puts it in an affordable IKEA table, packs in a pair of control sticks, and lets you use your existing screens to game on.

The folks at Element14 passed this one along to us — they call it the "PIK3A Gaming Table Mk II," powered by a Raspberry Pi 3, and a huge improvement over the single player Mk I version, which we highlighted a while ago. While the Mk I had a built-in screen, it looked pretty uncomfortable to use for long periods, so this one lets you sit at the table and game while sitting up straight, and offloads the job of video to the HDTV or other large screen you already have (or even better, if you really love retro games, a nice big CRT.) Here's a video of the project:

Price-wise, a trip to IKEA will do the trick, and since the LACK table is cheap and easy to reconfigure, you can include a shelf for Bluetooth controllers when you don't want to use the arcade sticks, for magazines or other booklets, or anything else you might want to store while you play. It is, however, sturdy enough to take a beating while you and your friend throw down. Hit the link below for more photos and the walkthrough.