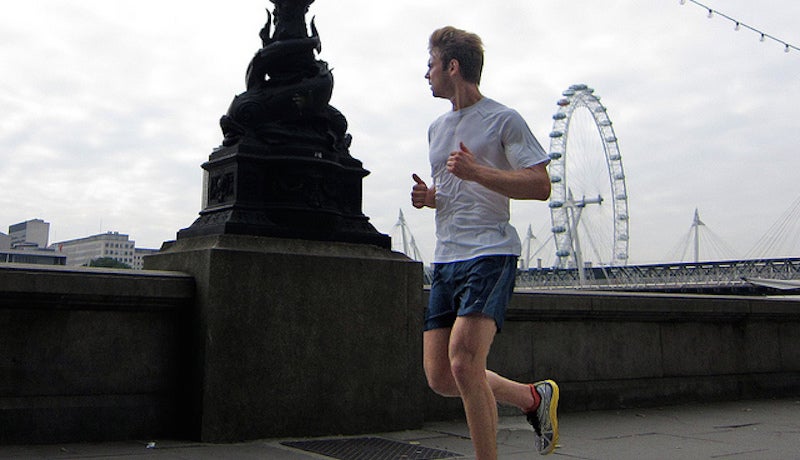 Whether it's jogging or studying for an exam, it's common to motivate yourself with a reward for completing tasks you dread doing. The old carrot-and-stick method can work, but researcher Katy Milkman suggests a better version: Temptation bundling. Photo by Alan Light.

Instead of rewarding yourself after you're productive, use a reward to motivate yourself while you're completing the task. For example, only listen to your favourite podcast while you jog. Or make it a rule to only visit your favourite coffee shop if you're studying.

Milkman discusses the concept on an episode of Freakonomics, and talks about how to implement it:

What I realised is that if I only allowed myself to watch my favourite TV shows while exercising at the gym, then I'd stop wasting time at home on useless television, and I'd start craving trips to the gym at the end of a long day because I'd want to find out what happens next in my show. And not only that, I'd actually enjoy my workout and my show more combined. I wouldn't feel guilty watching TV, and time would fly while I was at the gym. So when I talk about temptation bundling, I mean combining a temptation — something like a TV show, a guilty pleasure, something that will pull you into engaging in a behaviour — with something you know you should do but might struggle to do.

Sounds reasonable enough, but Milkman studied the method to see how effective it is in practice. The study, published in Management Science (PDF), found that subjects were 29 to 51 per cent more likely to exercise when they used temptation bundling.

It should be pretty simple to come up with your bundle, but entrepreneur James Clear suggests an easy exercise to get started. Create a two-column list. In the first column, list all of your temptations: Guilty pleasures, things you enjoy. In the second column, write down the stuff you should be doing, but you don't enjoy: Working out, networking, replying to emails. Then, marry the two columns to create a temptation bundle for each task. He offers a few examples:

Of course, you want to be reasonable about it. Your bundle should actually be doable. As Freakonomics points out, drinking at work probably won't fly. For more detail, head to the links below.