Android Apps For Chrome OS Are Here, And They’re The Future Of Both Platforms

Google just made the entire library of Android apps available to Chromebook owners — but for now, just the Chromebook Flip. After trying a few, my Flip is now one of my most useful devices. There are still some rough edges, but in the near future, you’ll have a much more reason to buy a Chromebook.

Why Having Android Apps in Chrome OS Is Awesome 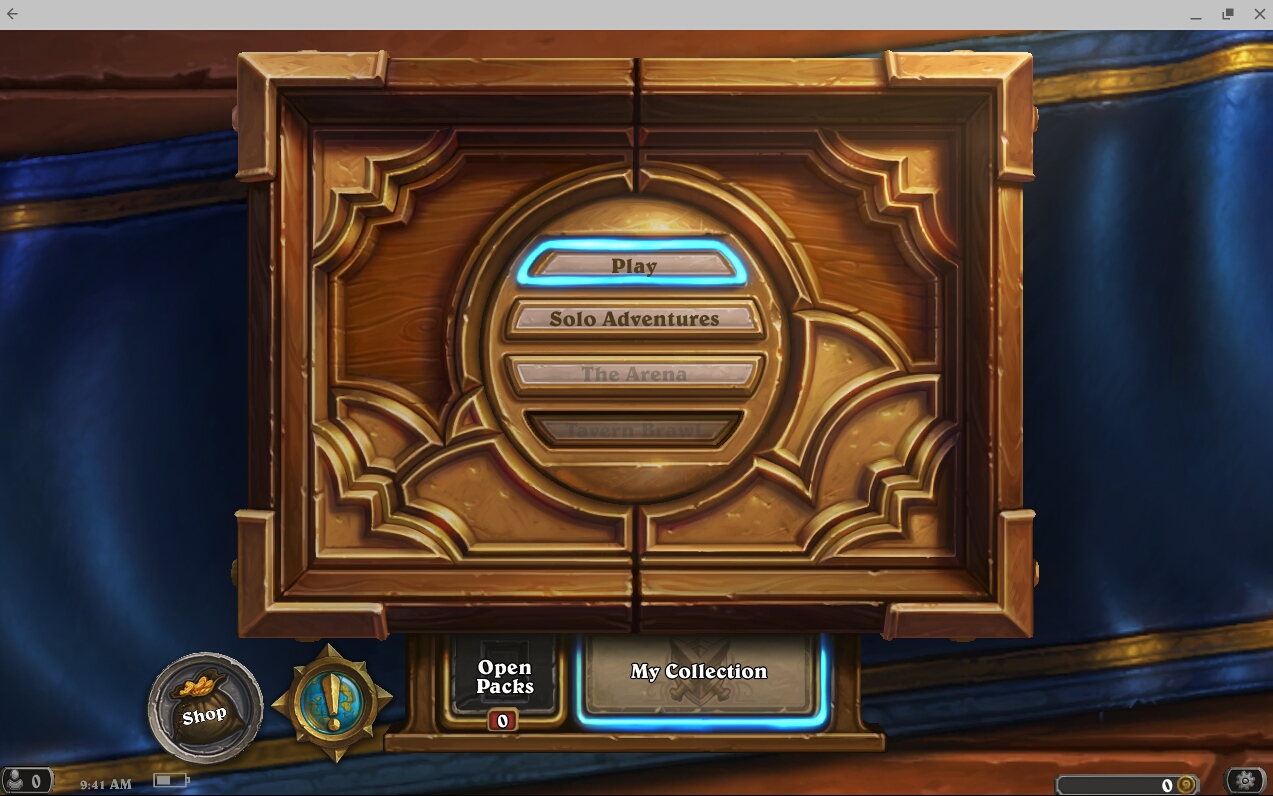 The Hearthstone Android app running flawlessly on a Chromebook Flip.

The Hearthstone Android app running flawlessly on a Chromebook Flip.

Despite how great Chromebooks can be, they have struggled to get past that whole “just a browser” thing. Developers could make Chrome apps that worked like native apps, but most didn’t. Why bother when so few people use them? Android, on the other hand, doesn’t have this problem. There are over a billion Android users, and over two million apps on the Play Store. Now, that will all be available to Chromebooks as well.

This immediately made my own Chromebook more useful. For example, here are a few apps that I found immediately helpful that were pain points before:

You’ll notice that I left out the “big apps” that everyone looks for from an app store like Facebook or YouTube. That’s because Chrome OS already does these things well in a browser tab. In fact, you probably won’t need Android apps for the big services you use all the time. Instead, the Play Store helps you fill all those little niches that you could never quite fix with webapps, or the apps that developers have already for Chrome OS. 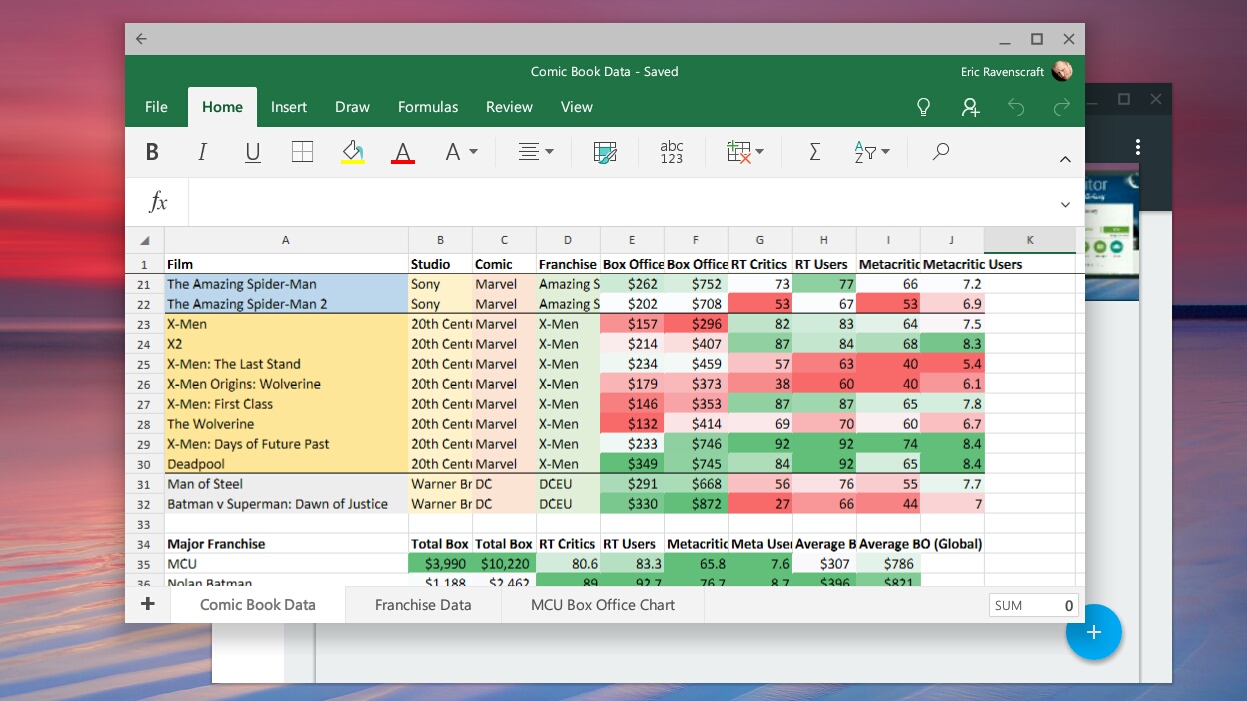 The Excel Android app works even without an internet connection.

The Excel Android app works even without an internet connection.

The Play Store also brings a huge library of games to Chrome OS. This is a mixed blessing, as most games were designed to work with touchscreen phones and tablets. While my Chromebook Flip has a touchscreen, most Chromebooks do not. For example, I was able to play a Hearthstone match on my laptop, but dragging cards with a trackpad often resulted in them landing in the wrong place (and eventually cost me the match). Still, I was able to play a game from Blizzard on my Chromebook, which is something I couldn’t do before.

I also wrote this article on my Chromebook, which is a feat in itself. I’ve used my Chromebook for writing while away from my desktop before and it’s serviceable, but it’s never as easy as my desktop. I’ve also had to rely on Chrome Remote Desktop as a fallback to use my desktop at home for things like Photoshop. It’s still not perfect, but it’s a heck of a lot easier.

Apps Already Work Great, With Only Some Minor Growing Pains 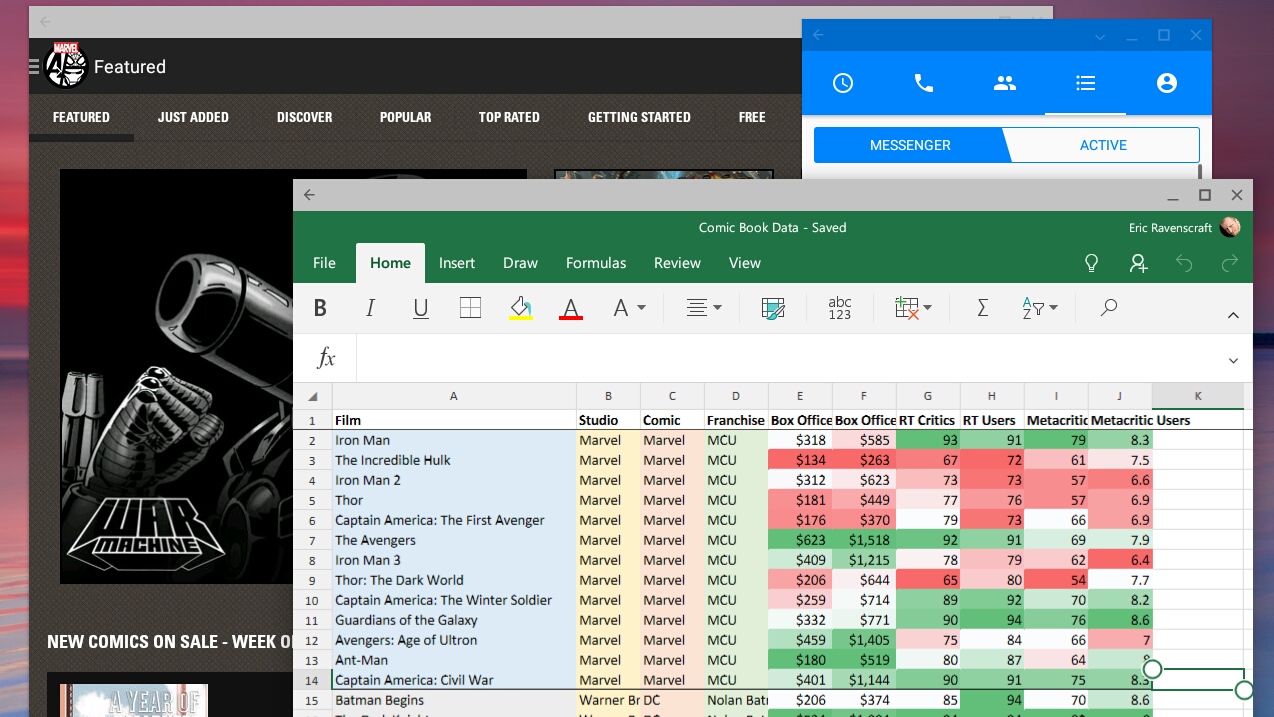 Since we’re still looking at a developer preview, we can’t know exactly how Android apps on Chrome OS will work in their final form, but what we have now already looks pretty good. If you have a Chromebook Flip, you can check out instructions on how to join the dev channel here. Once you do, you’ll have a new icon for the Play Store in your taskbar.

The Play Store looks exactly as it does on Android. Once you sign in with your Google account, all of the apps on the store will be available for download, including all the paid apps you’ve ever bought. You can also buy movies, music, books and magazines from the content section of the Play Store, and then open them in the Google Play apps for Android.

Apps launch in either portrait or landscape mode right now. This will reportedly change by release, but for now you can only use them in one of two modes, and only a few apps support alternating between the two. Most apps simply launch in landscape mode and stay that way. 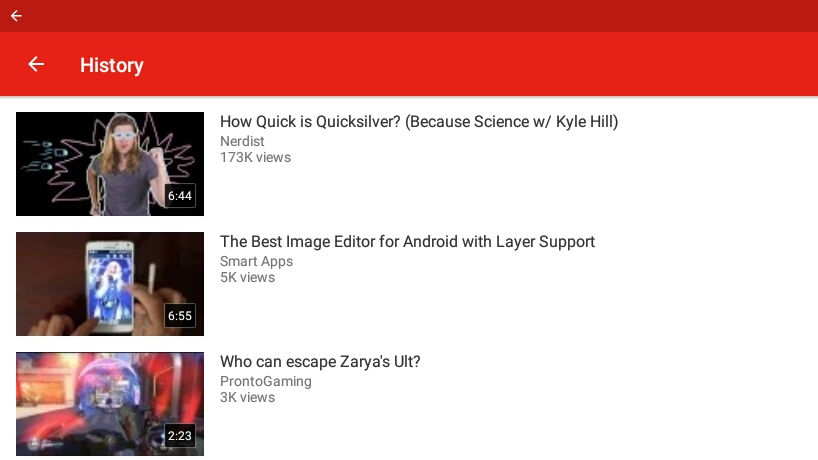 The YouTube app sometimes has two back buttons, a quirk of adapting Android to Chrome OS.

The YouTube app sometimes has two back buttons, a quirk of adapting Android to Chrome OS.

Since Android relies on a system-wide back button that Chrome OS lacks, the left corner of each app’s title bar features a permanent back button. This is a little weird, and while it doesn’t harm anything, it’s a little reminder that merging Android apps with Chrome OS isn’t a perfect science.

Notifications are handled by Chrome OS’s normal notification system, however you’ll only get notifications from apps you have open. This can sometimes lead to strange quirks where you might expect a notification from an app you’ve closed like a messenger, but Chrome doesn’t give it to you. We’ll see if Google changes this along the way.

This Is a Promising Start, Once Some Bugs Are Squashed

As great as it is to have Android apps in Chrome OS, there are still some problems. For starters, most apps are still designed to work on phones or tablets, so there are broken things here and there. For example, if an app requires SMS or GPS, your laptop probably can’t do that so those features don’t work. This is even worse for apps that require a touchscreen if your Chromebook doesn’t have one.

There’s also the issue of using local files with Android apps. Due to the way that Android apps save files, they don’t currently appear in Chrome OS’s file manager. So, for example, when I edited the photos in this post in Aviary, the new versions weren’t saved to the same folder. I couldn’t find them anywhere with my Chromebook’s file search. In the end, I had to share them to Google Drive in order to find them. 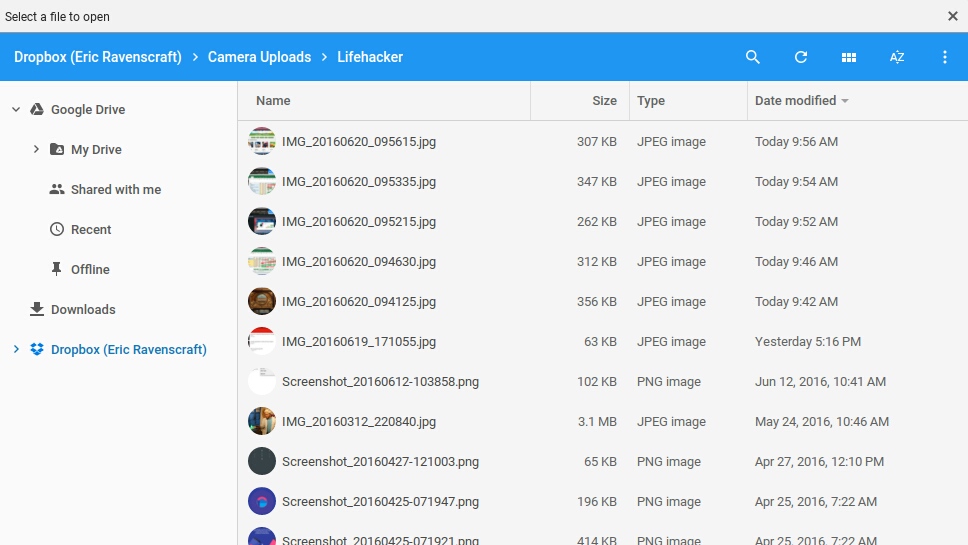 The only way I could upload photos edited in Aviary was to upload them to Dropbox.

The only way I could upload photos edited in Aviary was to upload them to Dropbox.

Chrome OS also doesn’t support launching external applications from browser links, which runs very contrary to how Android apps handle links. For example, if you were to click this link for Fallout Shelter on an Android device, it will open directly in the Play Store so you can install it with one tap. On Chrome OS, it will open in the browser. You can technically install it remotely from the web Play Store, but that’s not ideal. Sometimes this behaviour breaks things entirely, like with Slack’s “magic sign-in” that relies on launching the Android app from a link you receive in your email.

Of course, I can nitpick, but this is a pre-release glimpse into the future. I can’t judge it too harshly for problems that might be fixed by the time this feature rolls out for everyone. However, it still helps highlight a crucial point. Android apps were never designed for Chrome OS. Using them is cool, but it will probably be awkward for a long time until Google and app developers help smooth out the edges.

Despite the bugs here and there, the future of Chrome OS looks extremely promising. Android apps can already do a heck of lot more than web apps or even Chrome OS’s native apps can. Since updating my Chromebook, I’ve played Hearthstone, edited spreadsheets offline in Excel, read comic books, edited photos and managed my passwords. Each task was either much harder to do or completely impossible before. If this is a sign of where things are going, you might want to give serious thought to a Chromebook in the future. Just make sure it has a touchscreen.