A Step-by-Step Guide To Tempo Runs 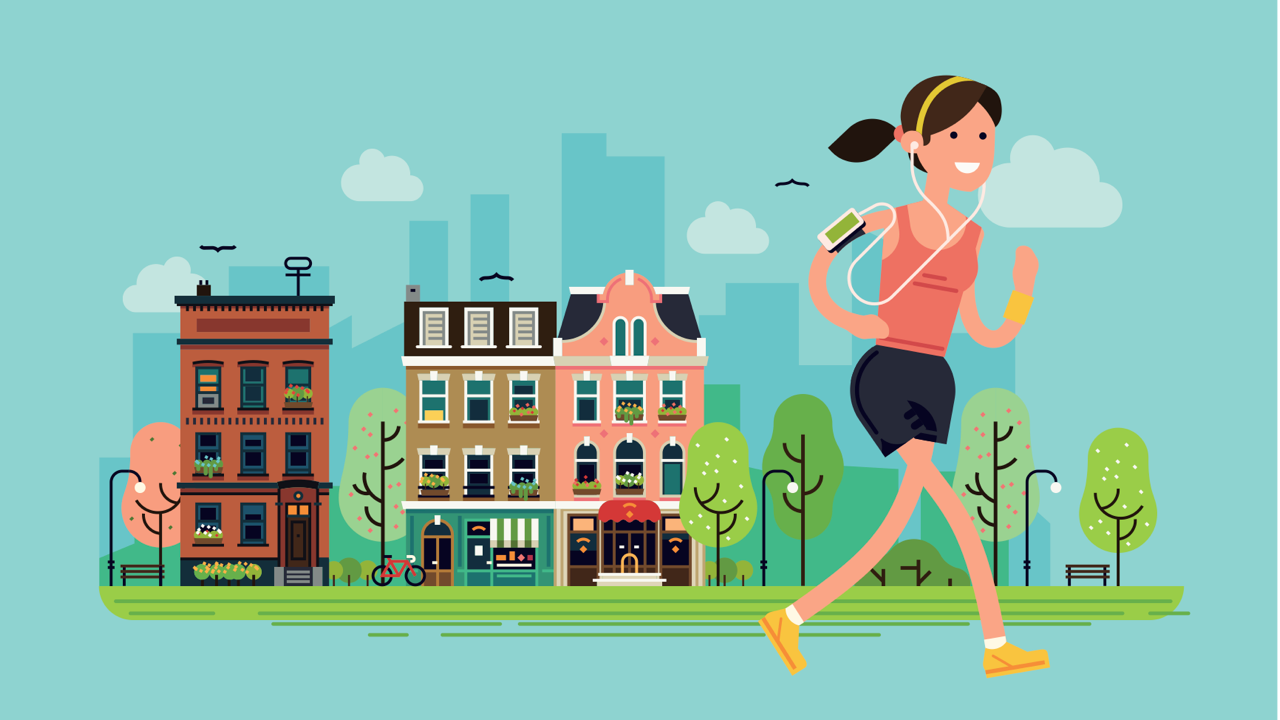 There's one workout that every endurance runner should be running. This "bread and butter" workout is the almighty tempo run. Tempo runs are beneficial for virtually every runner — from milers to marathoners, tempos are nearly ubiquitous.

Jason Fitzgerald is a 2:39 marathoner and USATF-certified running coach at Strength Running.

In college, we ran tempo runs during cross country when we were training for the 8km distance. We also ran them during the base phase for indoor and outdoor track (even though I was focusing on the 3km and 5km distances).

And of course, they're a staple for longer distance runners training for the marathon and beyond. If you're not familiar with this type of workout, there are three popular definitions:

1. Comfortably hard. A pace that's faster than "moderate" but not exactly "hard." If you have a high training age and prefer running by feel or perceived effort, this may be the most helpful definition for you.

2. The pace you could race for an hour. For some runners, their tempo pace is similar to or about the same as their 10k pace.

To use myself as an example, look at my PR paces for several distances:

If the "one hour race pace" rule is true, then my tempo pace is around 5:30 — 5:35. And when I was racing at this level, that was exactly the pace I'd run for my tempo workouts!

3. 85-90% of maximum heart rate. If you train by heart rate (learn how to calculate your max heart rate here), this is a valuable way to ensure you're in the right range for your tempo run.

More scientifically inclined runners know that tempo workouts are run at or near your lactate threshold. This is the pace at which you're producing the maximum amount of lactate that your body can clear from your muscles and blood stream. In other words, tempo runs are done at lactate threshold which is the fastest you can still run aerobically.

If you run any faster, you won't be able to clear that lactate and you'll be running beyond your threshold. You'll then experience the familiar burning sensation of acidic muscles and fatigue that is felt at the end of a short, hard race. The goal then is to straddle the lactate threshold and not run any faster.

Why Are Tempo Runs So Beneficial?

There are two main reasons why tempo workouts are so helpful.

First, tempo runs boost your lactate threshold. Since you're running at or near your threshold pace, your body becomes more efficient at clearing lactate.

Exercise science has taught us that lactate threshold pace is a fantastic indicator of running performance. The faster you can run while still clearing lactate, the faster you'll be able to race.

But there's also a significant mental aspect as well: they're hard, stressful, and mentally fatiguing. Tempo workouts teach you to manage your emotions when running becomes difficult.

Distance runners are experts at pain, discomfort, and fear. You're not coming away feeling good. It's a matter of how much pain you can deal with on those days.

It's not a strategy. It's just a callusing of the mind and body to deal with discomfort.

Tempo workouts callous the mind for racing. They teach you to tolerate more discomfort and develop mental toughness. For runners, there's no more valuable skill.

The Two Types of Tempo Runs

There are two main types of tempo workouts: sustained tempo runs and repetitions at tempo pace.

This workout includes one block of running at tempo pace. That might be 20 minutes or 5km but there's no break or recovery in the middle of the effort.

A simple example is a workout looks like this: 11km with miles 3-5 at tempo pace. Here you have a 11km run with the middle 5km at tempo.

Sustained tempo runs should be capped at roughly 40 minutes — any longer and the effort becomes too difficult, bordering on a race effort. Runners who haven't done any tempo runs (or who might be returning to running after an injury or long layoff from training) should start with 10-15 minutes of tempo running before gradually increasing the duration of the run.

This workout is similar to intervals except they're done at your tempo pace. The recovery is kept to a short 60-90 seconds and the repetitions are generally longer.

An example is 11km: 3 x mile at tempo pace with 90 second jog recovery. This workout is very similar to the sustained tempo mentioned above except we're including a short recovery after each tempo mile.

Repetitions at tempo pace can be run slightly faster than tempo pace since the recovery will help clear more lactate. Though it's best to pace yourself conservatively rather than too fast.

Many programs will have you progress from tempo repetitions to sustained tempo runs. First you must be comfortable doing a certain mileage at tempo effort (say, 5km) and the secondary goal is to get you to do 5km continuously at tempo pace.

When to Run Tempo Workouts

Most runners should be doing a tempo run every 1-2 weeks during a properly planned season.

Training for short races of 5km or less? If so, tempo runs are best done early in the season during base training. They help build endurance that helps support race-specific fitness later in your training cycle.

Training for longer races of 10km or more? If so, tempo runs are best done during the mid-late portion of your season. Even though they're aerobic, they're either a little slower or a lot faster than your goal pace so they're best used later in the training cycle.

Many of my runners do some type of tempo workout during most weeks of their season. As fundamental "bread and butter" workouts, they have serious benefits that accumulate week after week.

You might think that tempo runs are a little boring — and they certainly can be — but with some imagination and strategic changes, a tempo workout can offer significant variety. One option is called a tempo circuit and provides a great strength and endurance stimulus.

A circuit workout is one that mixes running and strength exercises. Here's an example:

By including strength work during the recovery, heart rate stays higher than it normally would while you get stronger.

It's a fantastic workout for a variety of runners:

Another more advanced type of tempo run is called a lactate clearance run. These are like sustained tempo runs except that you insert a 30-60 second surge at about 5k pace or slightly faster every 5-8 minutes.

The surge introduces significantly more lactate into the blood stream. When you settle back into tempo pace, the body is forced to clear that lactate while still running at tempo pace. This helps the body process lactate more efficiently, ultimately helping push your lactate threshold pace slightly faster.

Since this workout is quite stressful, it's best to run them once every 2-3 weeks during the mid-late phase of training.

With sound training like this, your running performance will skyrocket after 3-4 months of consistency. And 1-2 years from now? Well, you'll barely recognise yourself as a runner. Your current 10k pace might be your half marathon pace next year.

Train smart and I have no doubt your running will be at a whole new level. If you'd like help taking your running up a notch, get my free beginners series here. I think it will mark a big turning point in your running career.

Emily Price 09 Apr 2020 5:30 PM
How do you hang your toilet paper? The age-old question whether the "right" way to have the end going over the top of the roll or under, coming from the side closest to the wall, is as old as time. It's a controversial topic that has torn apart families, and now we have a definitive answer to the question: The right way to hang your toilet paper is with the end going over the top.