5 Hidden Windows 10 Features You Should Use 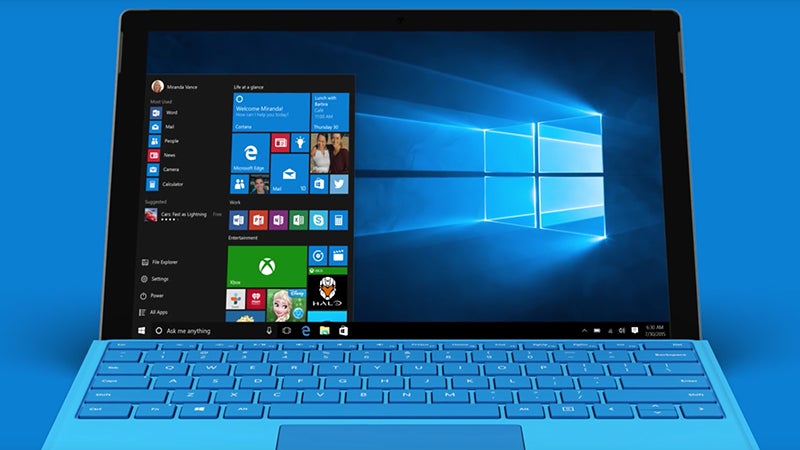 Windows 10 has officially been with us for close to a year now, but even if you've spent a lot of time with the OS since its launch, you may not have found everything it has to offer. Here are five of our favourite hidden features that we've discovered over the course of the last year, and why you might want to start using of them. 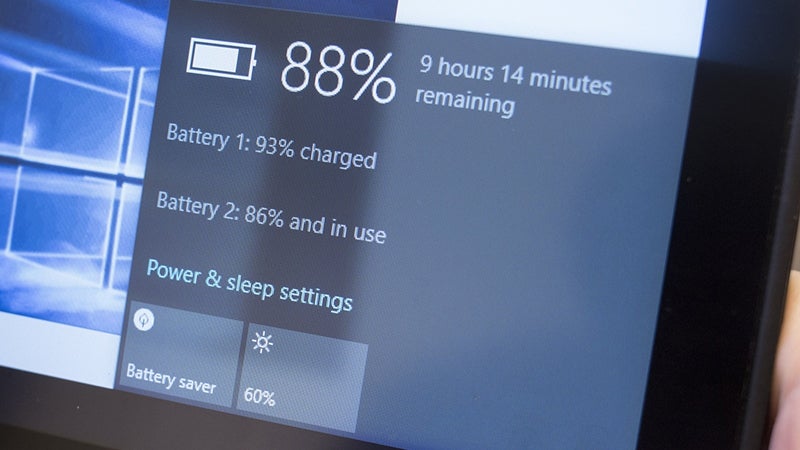 If you're using Windows 10 on a tablet or laptop, then you're going to want to keep an eye on battery levels — something you can do with a quick glance down at the notification area. There's a more detailed and thorough battery report available too, giving you useful information on its overall health and how much time of use you're getting between charges.

Right-click on the Start menu button then choose Command Prompt (Admin), then type powercfg /batteryreport /output "C:\battery_report.html" into your new command window. Open the HTML file to get a host of useful stats and data on your battery. In fact, different versions of this battery report are available in older versions of Windows too. 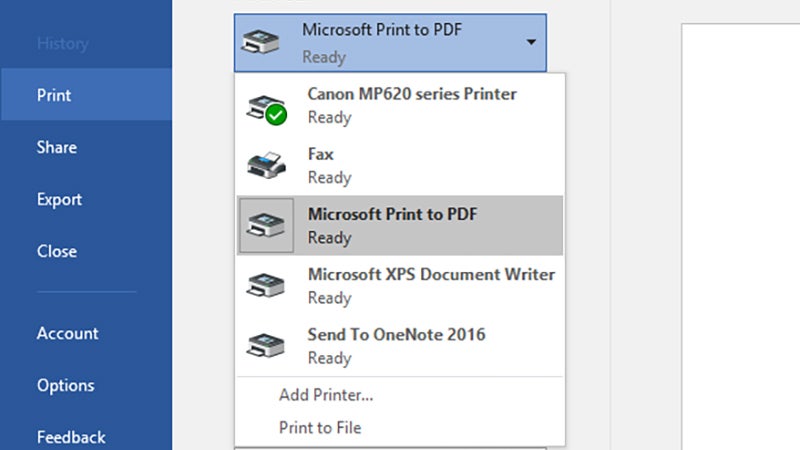 Not the most exciting feature in Windows 10, but it's going to prove really useful for a lot of you — and it saves the time and trouble of having to mess around with plug-ins to do the same job. The XPS format Microsoft tried to force on Windows 8 users is now gone. You can, instead, choose an output format you know everyone is going to be able to open and view.

In whatever program you want to print from (standard desktop or universal app), choose Microsoft Print to PDF from the list of available printers. There isn't much in the way of print options, but in many ways that's a bonus. You just choose your filename and location and you're all set. Microsoft Edge opens PDFs if you need to check on the outputted file. 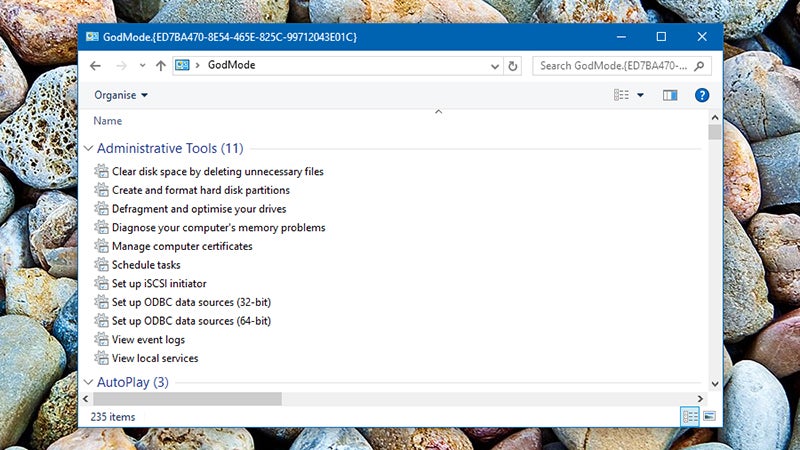 The "God Mode" shortcut is another trick that's been around for several generations in Windows, and it's still here in the new OS, so it made the cut on our list. Unfortunately, it doesn't turn you into an all-seeing, all-knowing omnipotent being, but it does give you quick and easy access to some of the key parts of the Windows operating system.

Create a new folder anywhere you like on your system (the desktop works well) and name it GodMode.{ED7BA470-8E54-465E-825C-99712043E01C} (you can replace "GodMode" with anything you like). A double-click on your newly created folder and you're in business, able to play around with settings for devices, networks, attached displays and more. 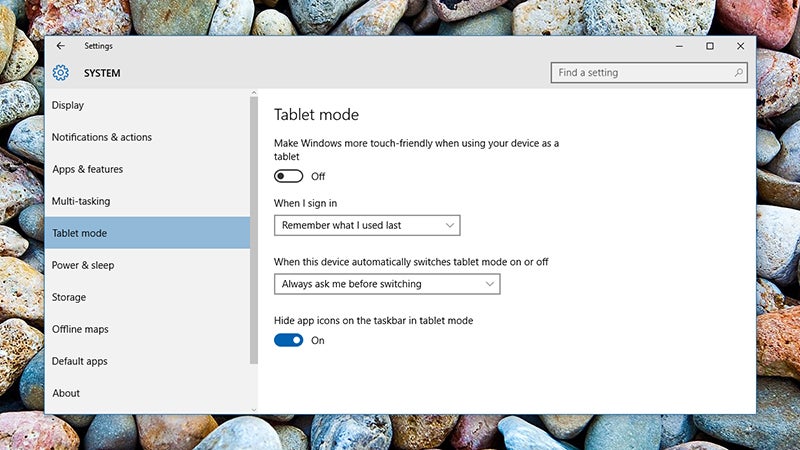 If you're not using Windows 10 on a tablet, then you might not know it has a dedicated tablet mode that you can switch to at any time — it brings with it a cleaner layout, the Windows 8-style Start screen, and optimizations for touchscreen control (so it can come in very handy if you're running Windows 10 on a laptop or all-in-one with a touchscreen).

Click the notifications icon to bring up the Action Center sidebar, then choose Tablet mode to make the change. To tweak the change that Tablet mode makes, go to the main Windows 10 Settings app and pick System then Tablet mode. The dialog lets you choose whether or not app shortcut icons are shown or hidden in the taskbar, for example. 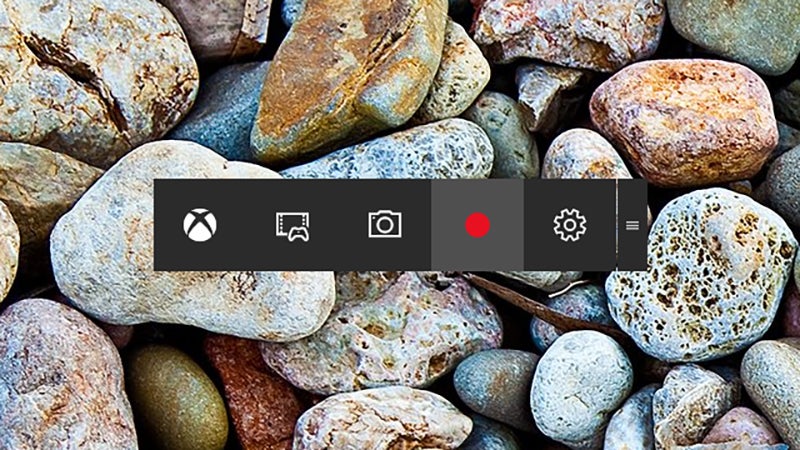 Windows 10 comes with its own screen recording software. It's intended for recording your gameplay exploits, but you can use it to record just about anything happening on your display. Launch the Xbox app from the Start menu or taskbar, then navigate to the settings pane (via the gear icon) to get the Game DVR options suitably configured.

Switch to the program you want to record, then use the Win+G keyboard shortcut to bring up the recording console (you can also use the keyboard shortcuts listed to start and stop recordings). Recording activity is limited to the current window but it's still a useful way of capturing a how-to video, something bizarre that's popped up on Twitter, and so on. This story originally appeared on Gizmodo.