When You Shouldn't Eat Stinky Cheese 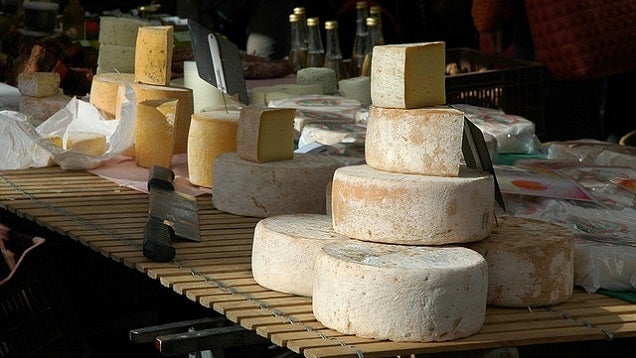 Most of the best cheeses have their own type of stink, but that can make it hard to tell if they have spoiled or not. The trick lies in the type of smell they give off.

Cheese can stay edible for a long time, but nothing lasts forever. They can start to rot just like anything else. But how can you tell if it's bad if it already stinks? Sue Conley and Peggy Smith at Food52 suggest there's a particular smell to look for:

The first indication of a past-prime cheese is an ammonia smell, and the second is a breaking down of the rind, leading to colourful tufts of mould, combined with a discoloration of the paste. Each style of stinky cheese has its own "past due" indicators, but ammonia aromas and a rotting rind are universal signs of a spoiled cheese.

If the smell is okay, but some mould is visible, it's not necessarily inedible. If the cheese smells like cleaner or (ahem) urine, however, it's time to toss it out. Enjoy your stinky cheeses, but make sure you're getting the right kind of stink.