What Cosplay Taught Me About Confidence

In May of 2014, I wore my first costume to a convention. It was a simple Doctor Krieger from Archer. Stepping into the shoes of a character I liked just seemed like a fun way to spend the weekend. Instead, it turned into an exploration of what it means to be confident.

Becoming Someone Else Lets You Experiment With New Identities

There’s a reason that we associate playing pretend with being a kid. When you’re young, you don’t know who you are yet. During the earliest years of development, children emulate the actions of those around them to see what works and what doesn’t. When a child straps on a cape and pretends to fly around, they’re playing a game, sure, but they’re also trying on the identity of “superhero”. Most people stop this once they reach adulthood. We may try on new roles, but it’s usually something more mundane like “manager” or “goofy uncle”. Gone are the days of pretending to be a rock star or a queen or a dragon.

The first time I stepped into a costume, it woke up a little bit of that youthful experimentation. I chose Doctor Krieger but once I was in his clothes, I was faced with the uncomfortable realisation that I am not Krieger. He’s an unhinged scientist who rocks out to Rush, builds robot arms and doesn’t have a medical degree. OK, so maybe we’re not that different. Still, it felt weird to be pretending to be someone else. Getting into Krieger felt like a new form of impostor syndrome.

That feeling was surprisingly familiar. I’d felt like an impostor the first time I got a paid writing job. I’d felt it when I went on my first date. At times I’d felt as uncomfortable in my own life as I did in the life of a possible clone of Hitler. That discomfort wasn’t proof that I didn’t belong. It meant that I was in a new experience and I’d have to adjust in order to feel comfortable. Like wiggling your butt around a bit in a new chair until it’s just right.

The longer I spent in Krieger, the more I got comfortable with being uncomfortable. I was able to get used to expressing aspects of my own personality through him. At one point, I built a robot arm to go along with the costume. Normally, I’d keep the fact that I tinker with little gadgets like this to myself, but after showing it off with Krieger, I got more comfortable playing the role of mad scientist.

Costumes Give You An Instant Connection With People You Meet 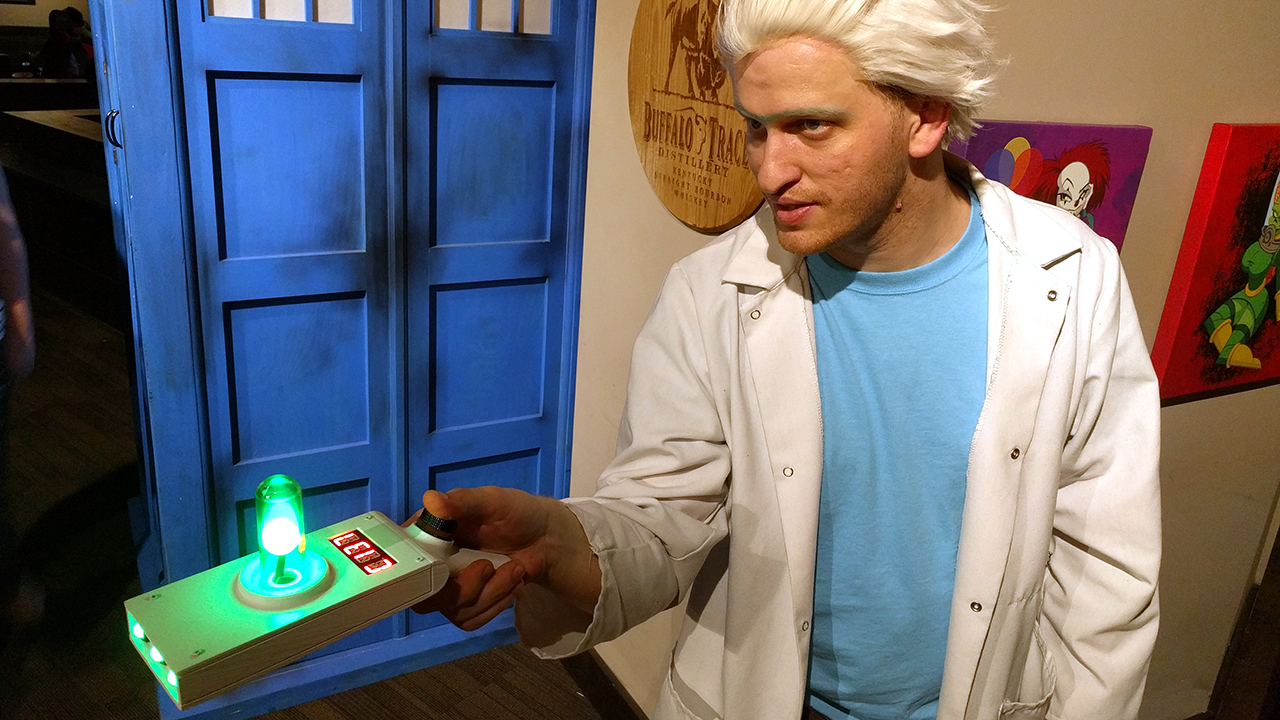 After Krieger, I decided to branch out to new and different costumes. So, I changed my shirt from yellow to blue and became Rick from Rick and Morty. He’s an outgoing, cranky, alcoholic scientist who loves to party and I’m only one of those things. So I grabbed my portal gun and hit the con floor.

It was almost impossible to not be comfortable as Rick. While in character, I made jokes that I thought were too weird under normal circumstances and people loved them. I talked to dozens of strangers in a single evening because they recognised this character that we both loved. Each conversation was a little more practice in the difficult art of small talk, but with the benefit of starting with a shared interest. From the very first conversation, we knew that, at the very least, we both liked this show.

More importantly, it gave me a bridge to talk with other people about cool stuff. I’d made an Arduino-powered portal gun to go along with the costume. While I was proud of it, it felt silly to say “Look what I made!” to anyone besides my girlfriend in any other context. However, carrying it around as Rick, everyone immediately recognised it. Total strangers were asking about this gadget. Eventually, this led to out-of-character conversations about how I built the prop. I got to talk shop about Arduino, 3D printing and prop building, hobbies I’d otherwise keep to myself. When no one around you is interested in something, it can feel dumb and lonely, but the costume gave me an excuse to work a niche hobby into regular conversation and build connections.

Even without the portal gun, I loved meeting people who shared the same sense of humour I did on sight. Most of the time, it’s hard to tell if you’re going to get along with someone the instant you meet them. Being Rick meant I had an instant bridge to other people who loved the show. In fact, it worked for every costume I’ve ever had. When you broadcast your interests, it’s not surprising that the people who respond are like you. 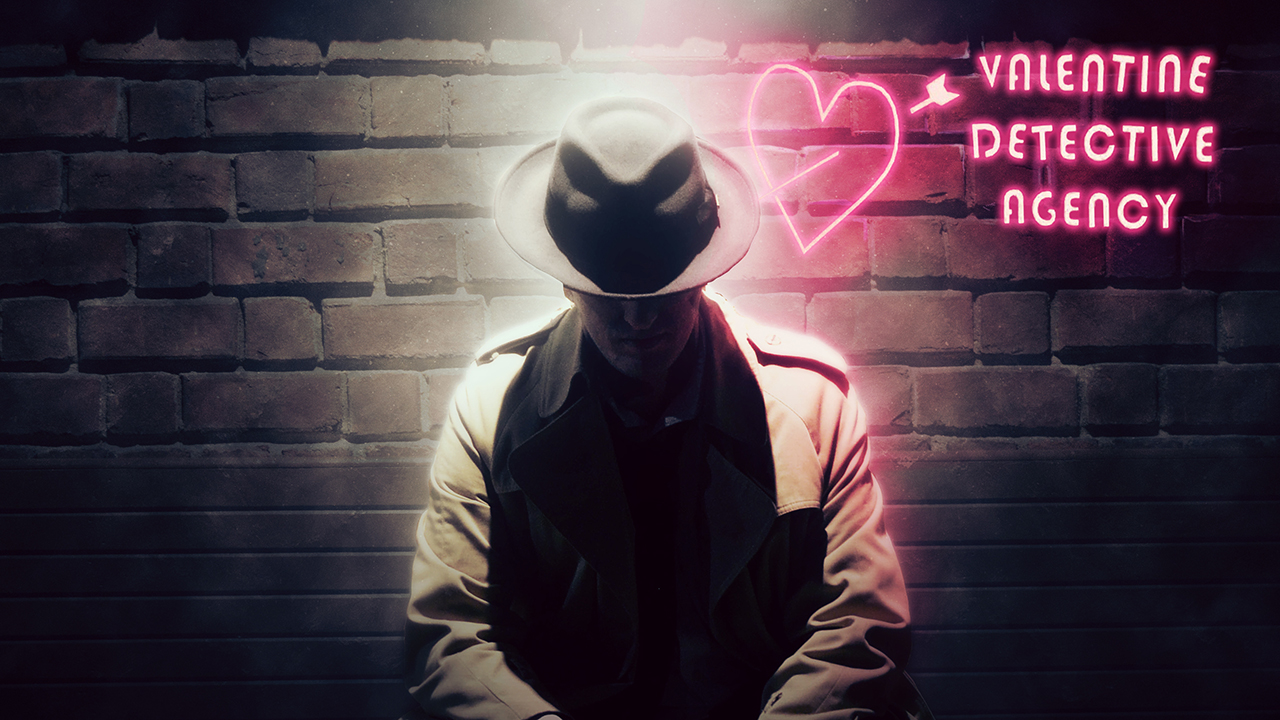 I first attended Dragon Con in 2011. If you’ve never been to a geek convention, it can be a jarring experience the first time you see Iron Man hanging out with the World of Warcraft guy in a hotel lobby next to Jayne’s giant hat. Maybe all of those people would have the confidence to walk around dressed as an Adidas Stormtrooper or an actual hotel carpet in their everyday life. Surely at least some do. For most cosplayers, though, this is an escape. It’s a context wherein showing off your skills by recreating something you’re a fan of, all around people who love the same things you do, isn’t weird.

Years ago, when I was still fresh out of dropping out of university, I tried a lot of really dumb ways to meet people. I hung out in random bars forcing myself awkwardly through conversations about topics I didn’t care about like football, office politics and reality TV. The entire time, I thought the reason I didn’t feel confident or fit in with other people was because I wasn’t conforming enough. Instead of finding the people who shared my interests in movies and building weird stuff, I was trying to change my interests to suit the people I found. I had it completely backwards.

When you’re at a con, especially if you’re dressed up as one of your favourite characters, the people who come up and talk to you are probably interested in the same things you are. This was abundantly clear when I went to a Fallout-themed New Year’s party dressed as Nick Valentine this past year. Everyone in that room was there because they liked Fallout. I was already immediately friends with everyone in the room.

Context was everything. By becoming Nick and hanging out with like-minded people, though, I could do it in this bar. I was in my element. I had a shared interest with other people in the room and was wearing a perfect conversation starter. The effect was like opening the tap on a confidence keg. I didn’t need to manufacturer confidence in a context I didn’t like. I just had to be with the people who shared my interests.

It’s tempting to look at a really confident person and assume that they’re naturally like that in any scenario. We treat confidence like it’s a quality people just have, and that’s it. However, that person may just be comfortable with different things than you are. If you prefer spending time in a library than a bar, start there. If you’re more comfortable dressing up as a synth than you are going to a football game, do that. Meet the people who share your interests, rather than forcing yourself to become someone someone else likes. You can put on a costume that makes you look like any character imaginable, but you can’t just strap on a different personality and hope no one notices.