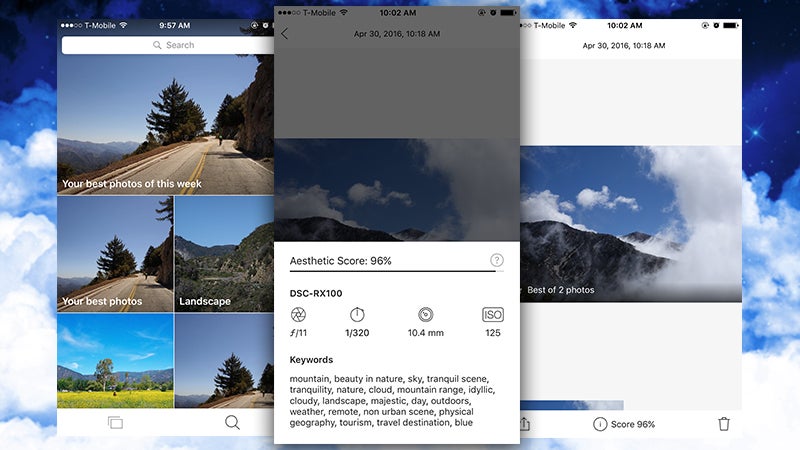 iPhone: If you have a big photo library on your iPhone, you know it’s a bit of a pain to track down specific photos or pick out a good one. The Roll can help with both of these problems.

The Roll’s main feature is automatic organisation similar to Google Photos. The app scans your photos, then tags them with keywords based on what it thinks are in the photos. These are keywords like nature, cats, selfies, or whatever else.

It does a surprisingly good job at this, but it can take a little while to scan your library (up to five or six minutes if you have a lot of photos).

Perhaps more interesting is the app’s algorithm that scans for quality. The Roll scans photos using a number of artistic principles like composition to generate a score for each photo. If you’re curious about how it works, they lay out the process over on Nvidia.

Of course, it’s not perfect and aesthetics are a matter of taste, but it is useful if you have a lot of photos of the same thing. Since it’s limited to iOS, I don’t really see it replacing anything else for organisation, but it’s still a useful addition for the scoring system alone.