Eight Things I Learned At TEDxSydney 2016

TEDx is an annual technology and lifestyle conference that’s all about sharing concepts, spreading ideas and sparking conversations in the community. This year’s programme included a diverse and eclectic array of speakers, ranging from quantum physicist Michael J. Biercuk to Mongolian folk singer Bukhchuluun Ganburged. Here are ten things we learned during the event.

Associate Professor Michael J. Biercuk is a quantum physicist and technologist at the University of Sydney, and a Chief Investigator in the Australian Research Council Centre of Excellence for Engineered Quantum Systems (EQuS). By his own admission, quantum computing as it relates to energy conservation is a field that is little understood — even among experts.

“The research we’re doing in this space is very high risk and fundamentally may not work. Frankly, we don’t even really understand what we might achieve if we’re successful,” Biercuk told the packed auditorium.

However, if history is any indication this fuzzy logic won’t matter. As Biercuk explained, the world’s first electronic computer had the singular purpose of calculating artillery shell projections. The scientists involved in its development could not have imagined the impact their invention would eventually have on the world.

“History has shown as again and again that the most profound impacts from new technology are those that are least anticipated.”

Karen Palmer is the brain behind Neurogaming; a video game installation that combines cinema, virtual reality and parkour into interactive movies designed to enhance confidence in the user. Karen employs a similarly technological approach when it comes to her own self-improvement. Simply put, she think of herself as software with the goal of “updating” to the most improved and up-to date version each year. The philosophy can be distilled into a single question:

If she hasn’t improved in some tangible way by the end of each year, it means she’s running on sluggish and out-of-date software. This is gamification at it’s most basic level and it makes a lot of sense. (Just don’t overdo the mental reminders lest your brain become as annoying as Windows.)

#3 If a UFC world champion can be humble, so can you

Arlene “Angerfist” Blencowes is an Australian pro boxer and member of the MMA Bellator tournament. As part of her training program, Blencowes regularly spars with some the biggest names in UFC including Rhonda Rousey-slayer Holly Holm. Despite being bona fide celebrities and living legends of the sport, none of them have an ego when it comes to training.

“When you’re on the mat and 50 people are sparring, 15 of those are all signed to the UFC and another handful have already been crowned world champion. Despite this, you would’t know who is who; it’s such a humble gym.”

Audience participation is a dicey proposition in conference settings; especially if you try to get people to sing. Bukhchuluun Ganburged, a master student of the Music and Dance Conservatory of Ulaanbaatar, invited TEDx attendees to provide harmonic vocalisations during his performance of Mongolian folk music. Roughly two-thirds of theatergoers sheepishly complied. If it wasn’t for the “cultural cache” of an ancient art form, we imagine most people would have sat in stony silence.

Elise Payzan-LeNestour is behavioral finance lecturer at UNSW Business School who has conducted a number of neurological studies into how individuals apprehend financial risks. Unsurprisingly, she has found that intelligence plays little part in the making of disastrous financial gambles. In short, even the smartest investors are greedy and lack self control.

Payzan-LeNestour compared the behavior of financial investors to lab monkeys who are presented with two levers — one lever always dispenses a small amount of sugar, while the other sometimes provides double the amount of sugar and other times administers an electric shock. Time and time again, the monkeys took the gamble for more sugar instead of going with the no-risk option.

“When you take the gamble, surely you will be harmed — you just don’t know when,” Payzan-LeNestour explained. “The investor should not invest in the risky asset and the monkey should not risk the option for more sugar. 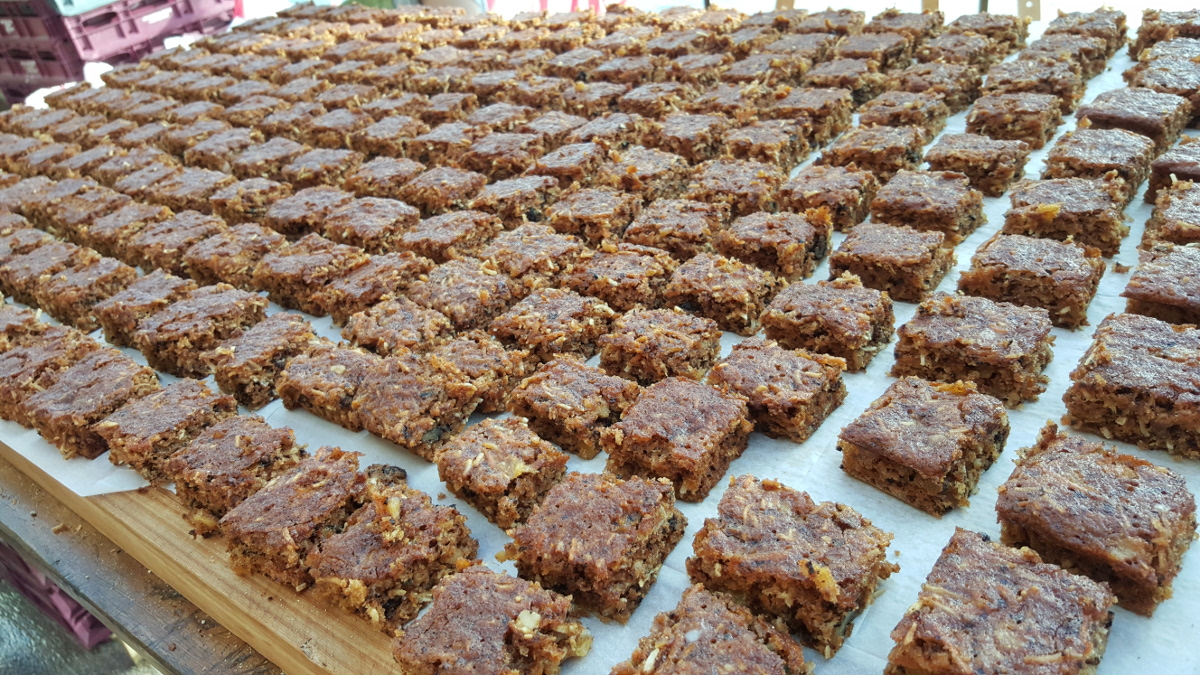 TEDx is all about nourishing the mind — but there’s also a mouth-watering selection of free, locally sourced food to nosh on. “Food brings us together” was the underlying theme of TEDxSydney’s 2016 food program with members and business partners supplying the food and recipes.

Snacks and meals on the menu included Buttermilk Scones from the Country Women’s Association Sydney City Branch, Spanish Paella from Maria Lorenzo and Tomato Soup Cakes from Alix Maclennan. You can download all of the recipes and make them yourself here.

In addition to the main talks, Tedx attendees are also invited to participate in a number of workshops. One of these was to improve your digital footprint with guided assistance from Touch Marketing. Here’s their terse assessment of my (admittedly barely-used) LinkedIn profile:

“Either you’re new to the game or nobody in the industry likes you.”

#8 The importance of kindness to strangers

In the most harrowing speech of the conference, Aussie mum Peta Murchison took to the stage to explain what it’s like to have a terminally ill daughter. Six-year old Mia has Batten Disease, a rare degenerative genetic disorder that gradually robs children of the ability to walk, talk, see and smile before finally taking their lives, usually before they reach 13. To a teary-eyed audience, Murchison discussed the profound difference small acts of kindness from strangers have made to her life.

“Bearing witness every day to the beauty of humanity is a privilege to me. People smile, reach out, offer to help and show us incredible kindness. I have a new perspective to be able to recognise and appreciate these small but not inconsequential connections… We’ve experienced love that we would never have known if Mia wasn’t dying.”