The next meteor shower that Australia is getting a front row seat to is coming up this weekend, in the early hours of the morning between May 6-8. Courtesy of Halley’s comet, this is the Eta Aquarid meteor shower — here’s how you can watch it.

One of two meteor showers that is created by debris from Halley’s comet (the other being the Orionids in October), the Eta Aquarids take their name from a star in the constellation Aquarius — Eta Aquarii — which is situated near the radiant of this meteor shower. Best seen from the Southern Hemisphere, conditions are perfect this year for a great viewing.

Unlike April’s Lyrid meteor shower, the Eta Aquarids should put on a good show for us in Australia — the new moon is on May 7, meaning that the moonlight won’t obscure your view of the dimmer meteors. While the peak will come at 6am May 6, AEST, you’ll actually get a better view in the days following — the best rates can be seen on the mornings of May 7 and 8 where you should be able to see a meteor around every three minutes if the conditions are right.

The Eta Aquarids are undoubtedly early-morning viewing rather than late-night, as you’ll be able to see them best between the hours of 4am and 5am local time. Aquarius, the constellation in which the shower’s radiant sits, is dim and hard to pick without the aid of an app (or similar tool) , though it’ll be situated to the northeast, a good distance above the horizon.

Time and Date has a table updated daily showing the azimuth and altitude of the radiant for a number of Australian locations:

This is where the radiant will be visible in the Southern Hemisphere, estimated at 4am AEST, May 7: 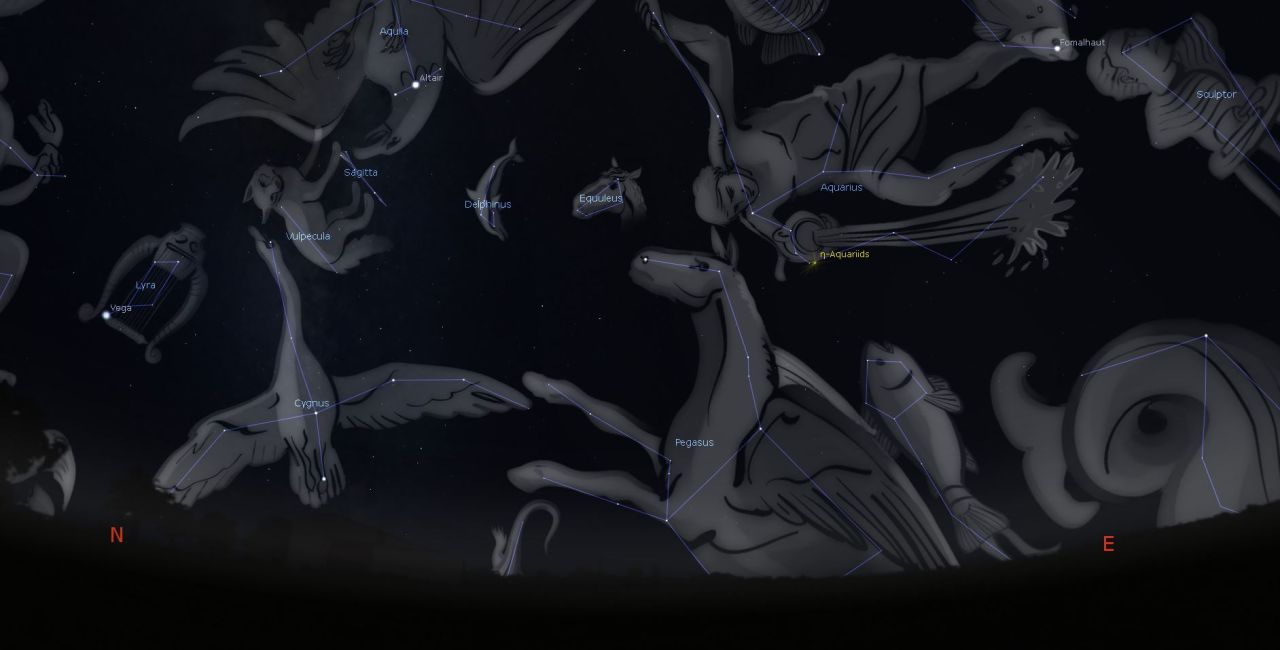 In case you don’t think you’ll be waking up in time to catch the meteors this weekend, as always you can catch Slooh’s livestream here at 10am on Friday morning, AEST: