How Likely You Are To Get Killed By A Car, Depending On Its Speed 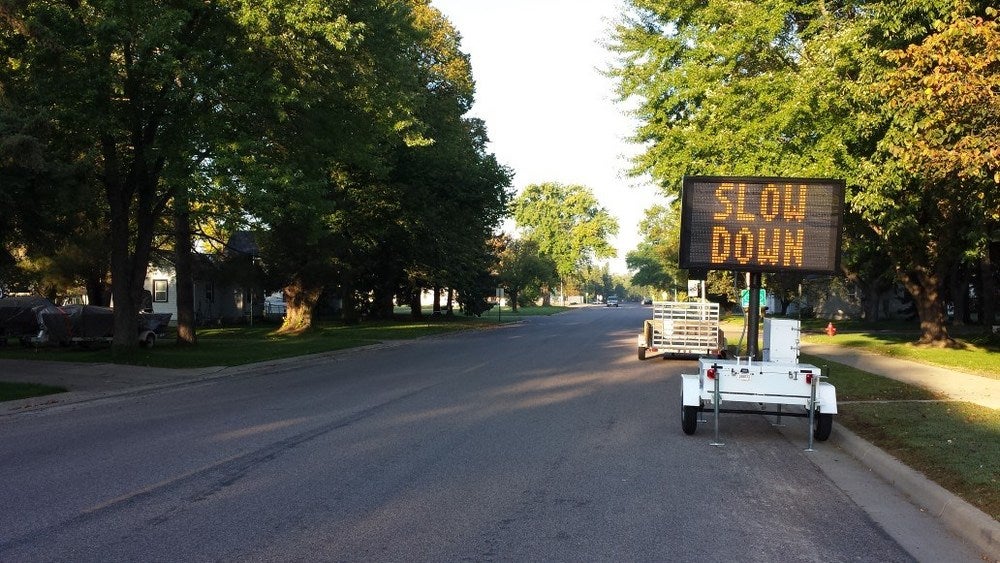 It's simple physics really: The faster a car is going when it hits you, the more likely you're going to get killed. But there's a correlation between the speed of the car and the likelihood you'll be killed, especially when you take age into consideration. Just 8km/h can make a dramatic difference in whether you live or die. If you need a sign to tell people to slow down, you designed your street wrong (Image: Strong Towns)

An interactive chart made by ProPublica uses data from a famous 2011 study that collected four years of US car vs pedestrian crash data. This chart is not only the best illustration of that data I've ever seen, it also adjusts for age — older people are less likely to recover from injuries sustained in a crash.

If cars are travelling at 72km/h, which is a pretty standard speed for many cars to be travelling on major streets in the US, any person being hit is more likely to be killed than to survive. 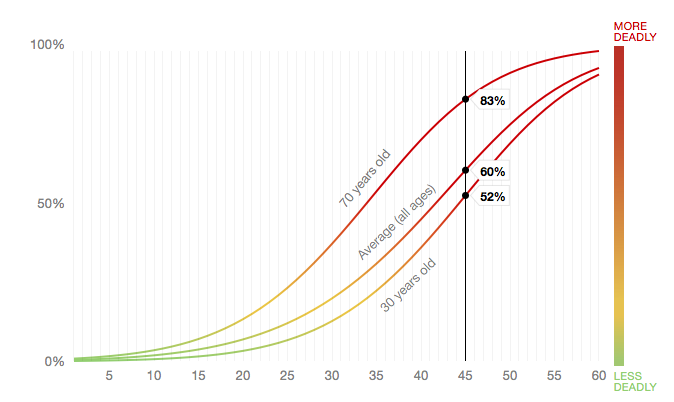 But if the speed is reduced by just 16km/h, which I would argue would be a nearly imperceptible speed reduction from the driver's perspective, the chances of being killed plummet. Now about half of all elderly pedestrians would survive, and the chances of a 30-year-old being killed go from one in two to one in four. Those are much better odds. 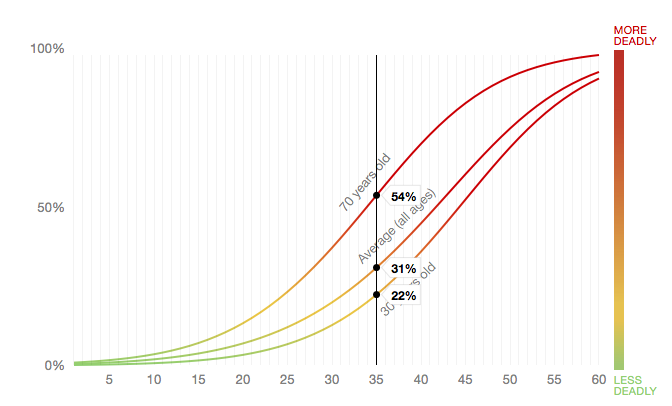 Pedestrian advocates in the US like to say "20 is plenty" to illustrate that busy urban areas should never have speed limits over 20mi/h (32km/h). When you look at how low the fatality rate is at that speed, it's easy to see why this is such a good idea. Ninety-three per cent of all people hit would survive a crash at 32km/h. 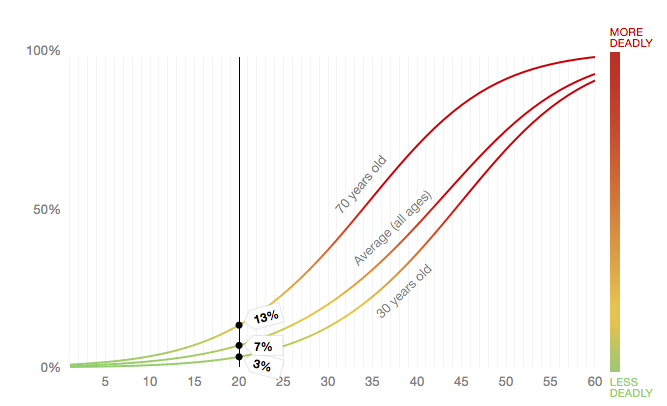 Pedestrian-detection systems on cars are already attempting to prevent these kinds of collisions, but they don't work fast enough to alert drivers at very high speeds. Which is why better street design can help slow drivers down and make walkers more visible, not just with speed bumps, but with a whole range of tricks known as "traffic calming". Eventually cars might not even be allowed to speed. When paired with a geofencing tech, you might see cars that aren't able to drive any faster than 32km/h when many pedestrians are present. Of course by that time, cars probably won't be driven by humans at all.

Check out the interactive chart at ProPublica.