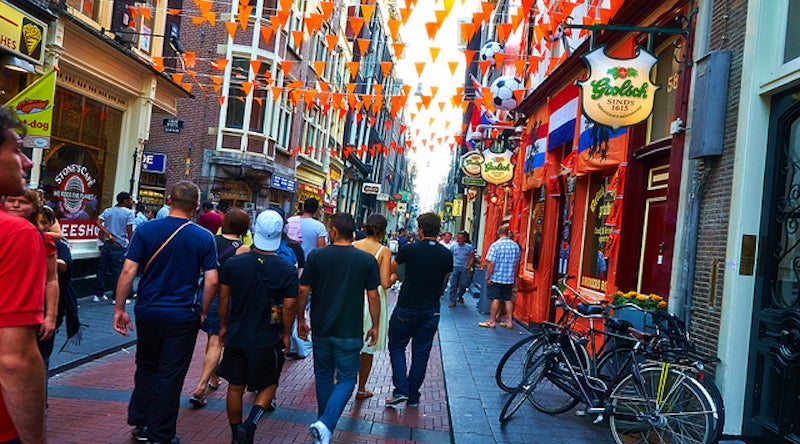 When travelling to an area you're unfamiliar with, you should be especially aware of your surroundings and potential risks: pickpocketing, for example. Pickpockets typically target unaware tourists in popular destinations. Here are nine popular cities and their pickpocket hotspots. Photo by Moyen Brenn.

Citybase Apartments put together the data based on their own research (you can head to their post to see their full list of sources). Some of these are fairly straightforward. Anywhere tourists gather is basically a "hotspot", but some spots are more of a problem than others. Here are a couple on their list for each city.

You always want to pay attention to your surroundings, but it helps to know the areas where pickpockets strike most so you can be prepared. For more spots, head to their infographic at the link below.

WHERE IN EUROPE ARE YOU MOST LIKELY TO BE A VICTIM OF PICKPOCKETING? [INFOGRAPHIC] Via DesignTaxi