Get The Sweet Nuttiness Of Caramel Without Melting Sugar 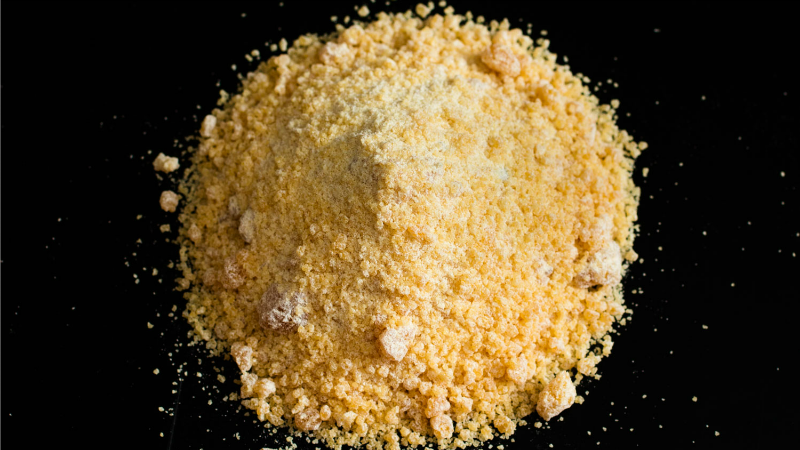 When you think of making caramel, you usually think of melting it on the stove until it turns into a thick, rich, flavourful liquid — but you can actually caramelise sugar while keeping it in its solid, granulated form. Photos by Vicky Wasik.

Yes, you read that correctly. This may sound like magic, but it's actually science. The process of caramelisation is dependent on thermal decomposition, not the phase change known as "melting". When you melt something, such as ice, the molecular structure of the substance remains unchanged — water is still water whether it's in an ice cube or a puddle — but when you heat sucrose (table sugar) the end product is something that is completely different from what you started out with. As pastry genius Stella Parks explains over at Serious Eats, you actually end up a whole slew of new, tasty molecules:

Melting and caramelisation seem to be inextricably related, but this is actually only true at high heats. You should definitely, without a doubt, click the link below to read all the interesting science behind this process, but to caramelise sugar while keeping it in its solid form, all you have to do is toast it in the oven at 150C. 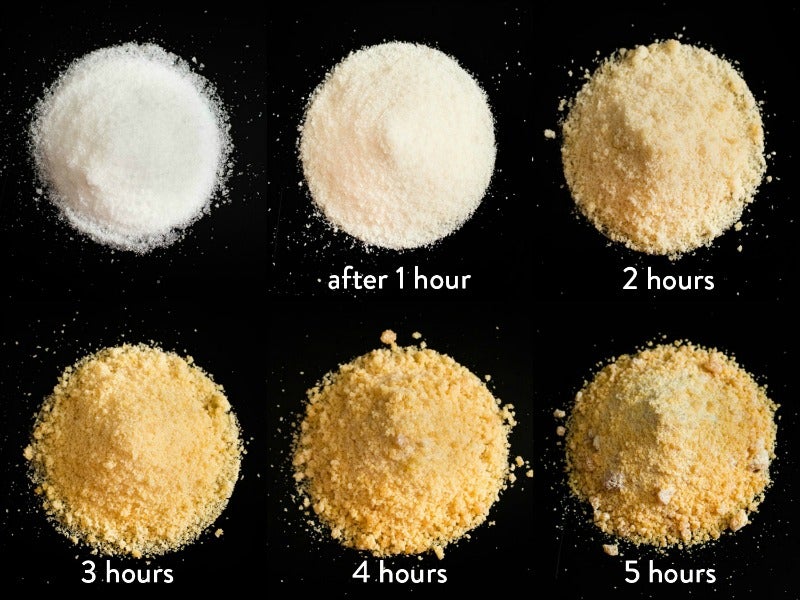 Why would you want to do this? For one, you can swap it out cup for cup with white granulated sugar, adding depth and flavour without adding liquid. This means cakes, meringues and foams with fragile structures can get a dose of toasty, roasty caramel flavour free from the fear of collapsing. Literally any recipe that contains white sugar can become a caramel-flavoured version of that recipe with no adjustment of measurements or ratios. I don't know about you, but this news has me very excited, and I plan to caramelise all of the things, starting with homemade marshmallows.