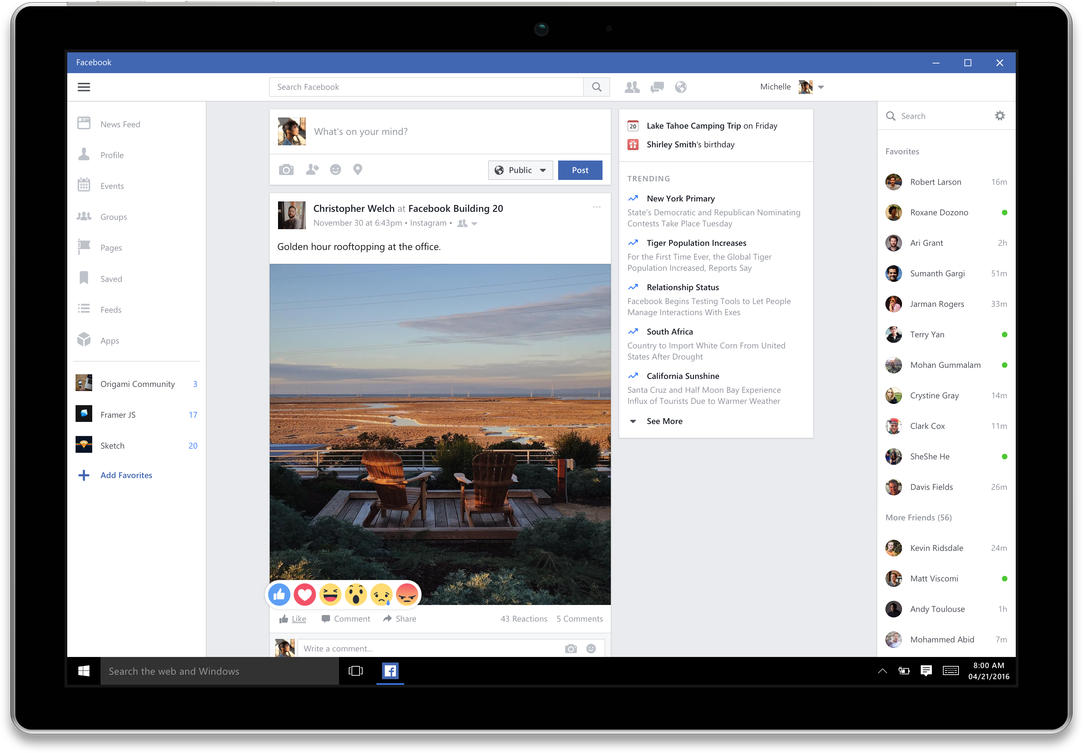 In a blog post earlier today, Facebook announced the apps and explained some of the key features Windows users can expect. The Facebook app can be accessed from the Start Menu and it’s designed to load up your News Feed much faster than your browser or previous iterations of the app (there was a Facebook app for Windows 8). You’ll get built-in desktop notifications, and you can pin a Facebook Live Tile on your desktop to show you all of your News Feeds latest updates. The Facebook app also makes sharing photos simple by allowing easy access to your File Explorer or other favourite photo apps.