Why Do Yanks Spell Words Differently? 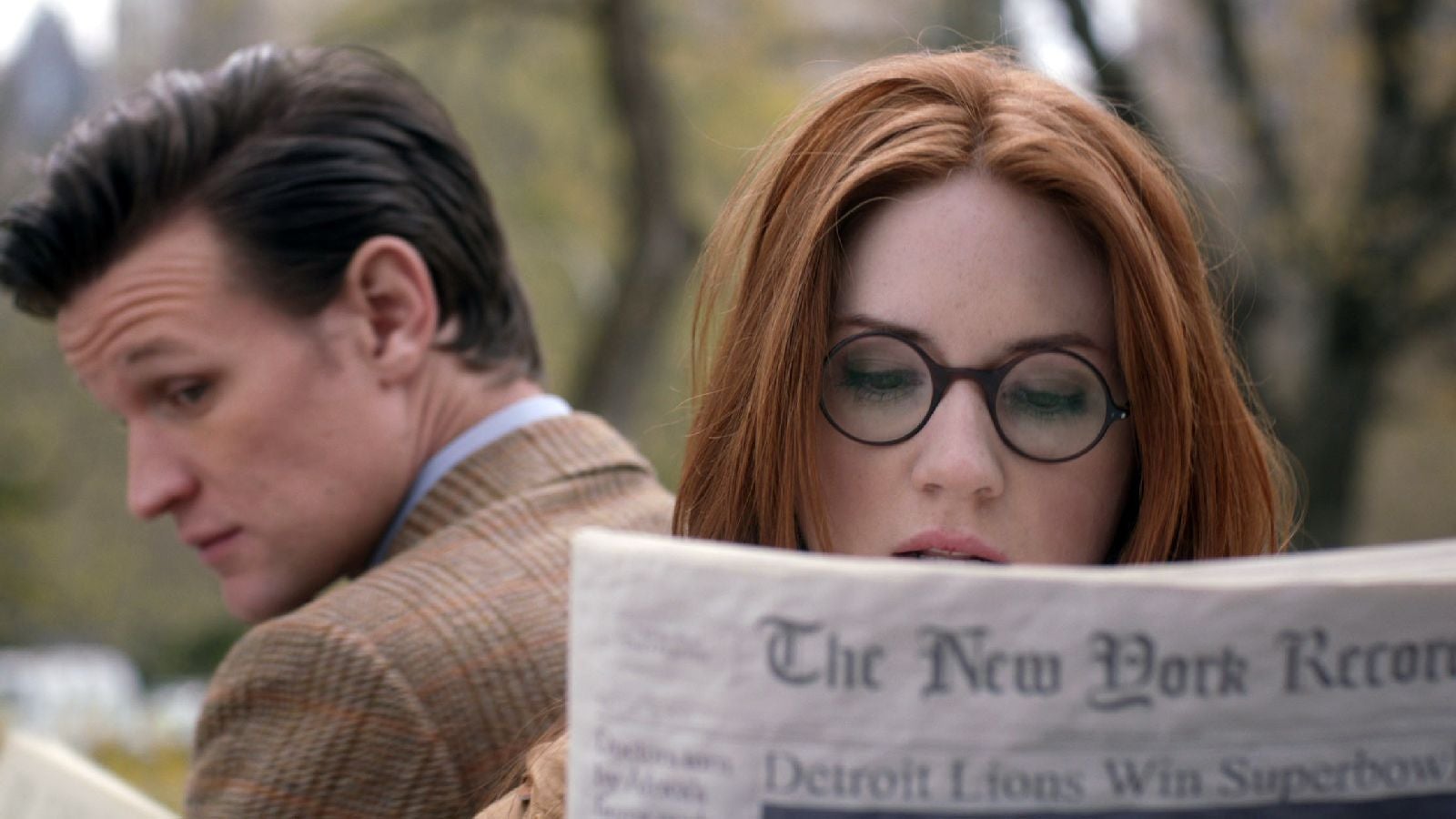 "The United States and Great Britain are two countries separated by a common language." So goes the old chestnut commonly attributed to playwright George Bernard Shaw. One of those separations is in the spelling of words like colour (color), theatre (theater), and realise (realize). But how did this separation occur?

Spelling Before the American Revolution

Modern English has always been a tricky language to wrangle. While it has some basis in Anglo-Saxon, English has been altered by Norman conquerors, Dutch typesetters, and orthographers who wanted to pretty up the language. And while spelling textbooks have been popular among the English upper classes for centuries, English spelling was not completely standard. In fact, the -or word ending that we now associate with American English in words like "honour," "colour," and "labour" was preferred by some English lexicographers, who preferred to expunge the French "u," an artifact of the Norman conquest, from the English language and return to the words' Latin roots.

Early American colonial spelling was a bit more of a mess, with such creative spellings like "jinerll" for "general" appearing in official Hartford documents even as late as 1716. But eventually, two very important books would go a long way to standardising English in both England and its colonies.

The first of those books is Thomas Dilworth's A New Guide to the English Tongue, a textbook designed to teach children proper English spelling and pronunciation. The book was published in London in 1740, and then appeared in America seven years later thanks to America's gatekeeper of the printed word, Benjamin Franklin. The speller is important in part because it was such a hit, with numerous Brits and colonists reared on Dilworth's approach to the English language, and in part because it would provide the basis for a later American speller.

The other book is Samuel Johnson's 1755 masterwork A Dictionary of the English Language. English language dictionaries had existed before Samuel Johnson, but mainly for obscure words. Johnson, on the other hand, created a comprehensive record of the language. If anyone wanted to know the definition or spelling of just about any word, they could simply look it up. It was a revolutionary text, one that would go unrivalled for generations.

There was a bit of a prescriptivist bent to Johnson's massive undertaking. He felt that the English language was a mess (calling the language's inconsistencies "a mark of weakness") and that his dictionary could help to standardise the language. It was Johnson's dictionary that finally codified the -our in so many British words — although some of his "u"s have since been dropped for words he spelled "horrour," "emperour," "mirrour," and so forth. He also ended a number of words like "publick," "attick," "critick," and "chaotick," with a "k," something that disappeared from English spelling within a few decades.

Johnson did not mind the changing language, however. After nine years working on his dictionary, he recognised that English was a changing, growing thing, and there was nothing any lexicographer could do to stop that change. As much as Johnson's dictionary did to standardize the English language, he came to believe that a dictionary writer's job was not to prescribe language, but to document how people actually use it. He began his endeavour (apologies for my American spelling, Dr. Johnson) a prescriptivist and ended it a descriptivist.

One revolution that Johnson did not approve of, however, was the American Revolution, which he believed would end with "English superiority and American obedience."

A New Country and a New Linguistic Identity

Johnson's political predictions proved less prescient than his linguistic ones, and after America won its independence from England, questions of national identity arose. Some thinkers of the era actually wondered if Americans should even speak English anymore, as the language suggested the yoke of England. More radical suggestions included changing the national language to German (which roughly ten per cent of the country already spoke) or Hebrew (which was taught in some New England schools).

Benjamin Franklin, meanwhile, had his own idea for the English language. Franklin proposed a major spelling reform, on that make English spelling completely phonetic. This would involve an overhaul of the alphabet, losing c, j, q, w, x, and y, and adding six new letters. The idea never caught on.

The Speller and Noah Webster 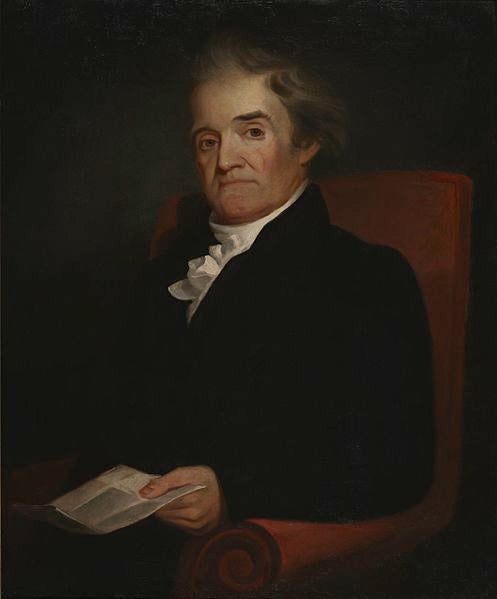 Into the linguistic fray stepped Noah Webster, lexicographer, writer, and relentless self-promoter. Webster was thoroughly Yankee; his family on both sides were American colonists several generations back and he even had an ancestor on the Mayflower. Webster's family wasn't particularly wealthy; his father was a farmer, but he did end up attending Yale and later joined the Connecticut bar. He developed relationships with many of America's most prominent citizens, including George Washington and Benjamin Franklin, but he had a reputation for being rather obnoxious. Webster suffered from profound social anxiety, and tended to compensate for it with arrogance and bravado. Dr. Benjamin Rush was fond of telling a story about when he once greeted Webster and congratulated him for arriving in Philadelphia. Webster reportedly responded, "Sir, you may congratulate Philadelphia upon the occasion!"

Webster worked as a teacher and a lawyer, but he came to national prominence thanks to his spelling textbook. Webster had taught children with Dilworth's speller, but found it pedagogically lacking. So, using Dilworth's book as a starting point, Webster wrote a speller of his own. This was meant to be a thoroughly American speller. While Dilworth's speller included the names and pronunciations of English towns, Webster's included prominent American cities, with a special emphasis on his native Connecticut.

Webster's speller actually used Samuel Johnson's spellings rather than any newfangled American ones (although it was these spellers that had Americans pronouncing the letter Z as "zee" rather than "zed"), but Webster espoused some patriotic ideas regarding his textbook. He felt that, unlike England, which had a host of regional accents, America should be united under a single set of pronunciation rules. Naturally, he chose the pronunciation that he grew up with, and his spellers were designed to teach children to speak like they had stepped out of New Haven. Webster's speller was a best seller, and he became a great advocated of copyright protection in large part because of it. He drafted America's first copyright laws and was quick to accuse competitors of plagiarism (a bit ironic since he had borrowed a great deal from Dilworth's text).

Webster wasn't a fan of Benjamin Franklin's new alphabet scheme, but he did eventually warm to the idea of spelling reform. He wrote essays advocating for a more streamlined orthography, one that would steer American English in a new direction. He imagined that, one day American would be as distinct from British English "as the modern Dutch, Danish, and Swedish are from the German, or from one another." And his 1806 A Compendious Dictionary of the English Language proposed such an orthography. Some of the spellings in that dictionary are familiar to modern readers — "jail" for "gaol," "plowed" for "ploughed," "humor" for "humour." Others seem a bit odd today, like "speek" for "speak," "determin" for "determine," "bred" for "bread," "bilt" for "built," and "groop" for "group." The dictionary was a financial and critical failure, and Webster was thoroughly ridiculed for what many commentators saw as prescriptivism gone mad.

It would be another 27 years before Webster put out another dictionary, his far more comprehensive An American Dictionary of the English Language. Although by this point, the older (and perhaps wiser) Webster had abandoned some his more extreme spellings, this volume contained many of the spellings we associate with modern American English. Words like "theatre" and "centre" became "theater" and "center." "Masque" became "mask" and "offence" was now "offense." And words like "colour," "favourite," and "mould" each lost their "u" (in part because Webster was staunchly anti-French).

And, as David Wolfman points out in his book Righting the Mother Tongue, America was a different place when Webster published this new volume. For one thing, many of Webster's critics were dead, and the social environment was more accepting of Webster's populist views on spelling — namely, that English words should be easier to spell. And Johnson's dictionary, now 70 years old, was no longer the linguistic juggernaut it once had been. Although the $US20 ($26), two-volume tome was prohibitively expensive for most households ($US364 ($478) in today's dollars), it did find its way onto the shelves of prominent scholars and President Andrew Jackson. Because the tome contained 70,000 entries and included distinctly American words (including Webster's sole coinage, "demoralize"), it became an invaluable work of American linguistic scholarship, though Webster's outlaw spelling was still not without its critics.

Webster's brand of spelling worked its way into American homes thanks to George and Charles Merriam. After Webster's death, the Merriams obtained the rights to Webster's American Dictionary as well as his spellers. They hired a team of scholars to revise Webster's book and weed out some of his more suspect etymologies. Instead of a $US20 ($26) two-volume work, the Merriams published the Merriam-Webster dictionary as a single $US6 ($8) volume. It was still pricey, but now affordable to middle-class Americans. The Merriams also happened to be master marketers, getting thousands of copies of their new dictionary into American public schools.

British spelling in America did not go out quietly, however. In 1856, the United States Democratic Review ran a series of pieces in which both supporters and critics of the late Noah Webster debated proper American orthography. Questions of -re vs. -er and -our vs. -or raged through the pages. Interestingly, Joseph Worcester, author of a rival dictionary, argued for Webster's usage simply because it was the prevailing usage in the United States. He conceded that Webster's spelling had won out.

The gaps between American and British English could have yawned much wider if President Theodore Roosevelt's order to reform American spelling had taken hold. Following the lead of the Simplified Spelling Board, Roosevelt ordered the Public Printer in 1906 to alter the spelling of 300 different words. The words included many words that ended in -ed, which would now end in -t — so that "mixed" became "mixt," "pressed" became "prest," "possessed" became "possest" and so on. And the "-ugh" was dropped for words like "although" ("altho"), "though" ("tho"), and "thorough" ("thoro").

Members of the SSB included folks like Mark Twain, Melvil Dewey (of the Dewey Decimal system), dictionary editors, publishing magnate Henry Holt, and Supreme Court Justice David Josiah Brewer, but that pedigree was not enough to protect the 300-word list from ridicule. Critics had a field day with the list, concocting new and increasingly bizarre spellings in order to mock Roosevelt and the list. (And, naturally, a lot of fun was had with the spelling Roosevelt's own name.) The president ended up retracting the order, and the printer returned to conventional American spelling. It's proof that, while it can and does happen, spelling reform can be and extremely difficult thing to achieve. Sources:

Marsha E. Ackermann, How Do You Spell Ruzevelt?: A History of Spelling in America Today and Yesterday

Joshua Kendall, The Forgotten Founding Father: Noah Webster's Obsession and the Creation of an American Culture