A Basic Guide To Your Emergency Contraception Options

If the condom broke, if you missed a pill, if you were assaulted and you’re worried that a baby might result, you may still have time to prevent that pregnancy. You have to act fast (within days), and you have three options: an over-the-counter pill, a prescription pill, or a copper IUD. Any of these, taken in time, have a good chance of preventing pregnancy. Illustration by Fruzsina Kuhári.

(And if you were assaulted, you can get help here from 1800 Respect, the National Sexual Assault Domestic Family Violence Counselling Service and other resources listed at Reach Out.)

Pregnancy doesn’t begin the instant you have sex. The female reproductive system keeps sperm around for a few days, until the ovary is ready to release an egg. So if you can prevent ovulation (the releasing of the egg), you can prevent the pregnancy.

You only have a window of a few days to do it, and none of the emergency contraception (EC) methods are 100 per cent effective. So this isn’t foolproof, and it definitely shouldn’t be your first line of defence against pregnancy. You have many birth control options that you can use before you have sex. Compared to EC, regular birth control is cheaper, less unpleasant (since EC has minor but annoying side effects) and more effective.

We’re running down the essential facts on several methods of EC, but if you want more detailed information, a great place to start is not-2-late.com, run by the Office of Population Research at Princeton University along with the Association of Reproductive Health Professionals. This website isn’t associated with pharmaceutical companies and it includes links to research papers so you can geek out while being sure you’re getting all the facts.

These methods will not terminate an existing pregnancy. If you’re in that boat, what you’re looking for is called a medical (as in “medication”) abortion, and it basically consists of taking a pill in a doctor’s office. Also known as RU486, it is limited in availability in Australia, so you might find it tricky getting your hands on it. You can find out more about it from Children by Choice. 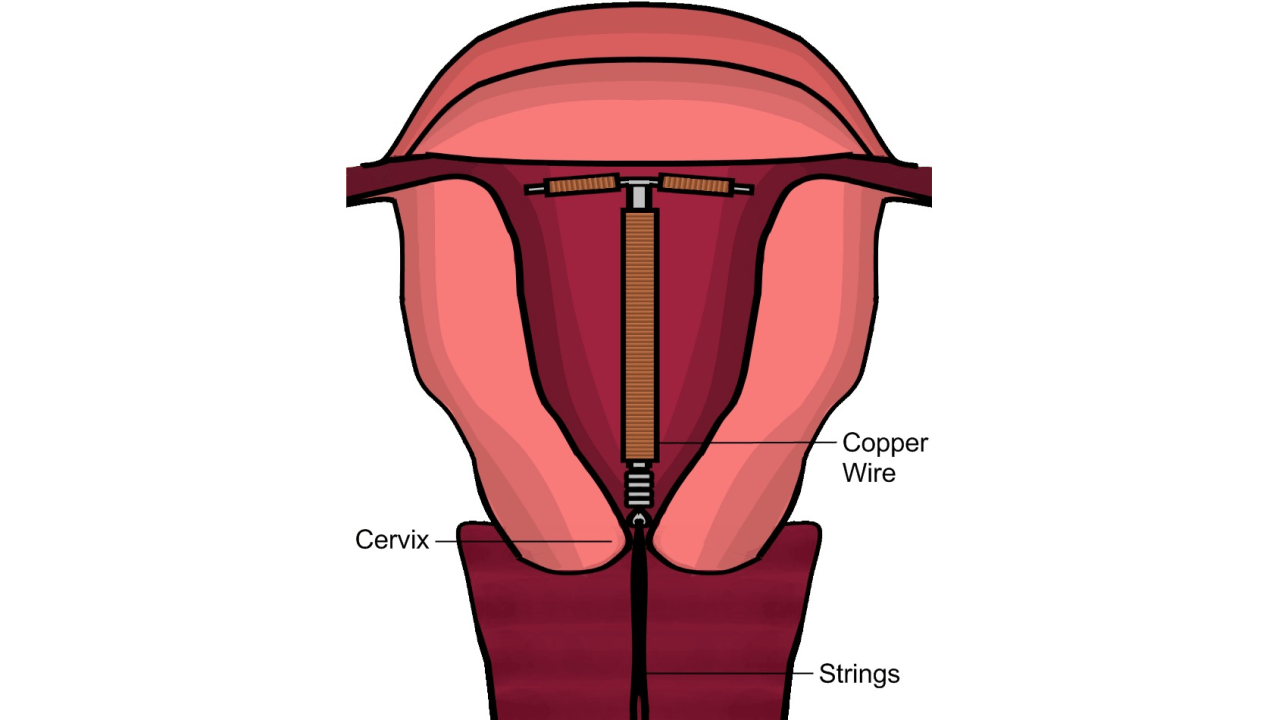 IUD image by Ships at a Distance.

Name: Copper intrauterine device (brand name Paragard) Cost: $120, according to Better Health Channel, but it is not covered by health care. Costs will vary from provider to provider. Availability: Requires an office visit. Effectiveness: 99 per cent or more. When to Get It: Within five days

You may not think of an IUD as emergency contraception, but it’s actually the most effective option on our list. The copper ions released by the IUD interfere with sperm cells’ ability to swim and to fertilise the egg, and they might also prevent the fertilised egg from implanting. It’s nearly 100 per cent effective if you can get it inserted within five days after unprotected sex.

Because an IUD is a long-acting birth control method, it can prevent the pregnancy you’re currently worried about, and then continue working for another ten years. You can get it removed anytime you like, so if you decide in two years that you’re ready to have kids, you just need another office visit and then you’re ready to go.

The downside to the copper IUD is that it’s the hardest to get in time, because you need to have an office visit to get it inserted. Call around, and make sure your provider has one sitting on the shelf and can give it to you pronto. (Some providers don’t keep them in stock because they’re so expensive.)

Years ago, the copper IUD was only supposed to be for women who had already had children, so younger women who asked their doctor for one were often just told no. Nobody should be turning you down on the basis of your age or whether you’ve had a child now. If they do, hang up and find someone else. 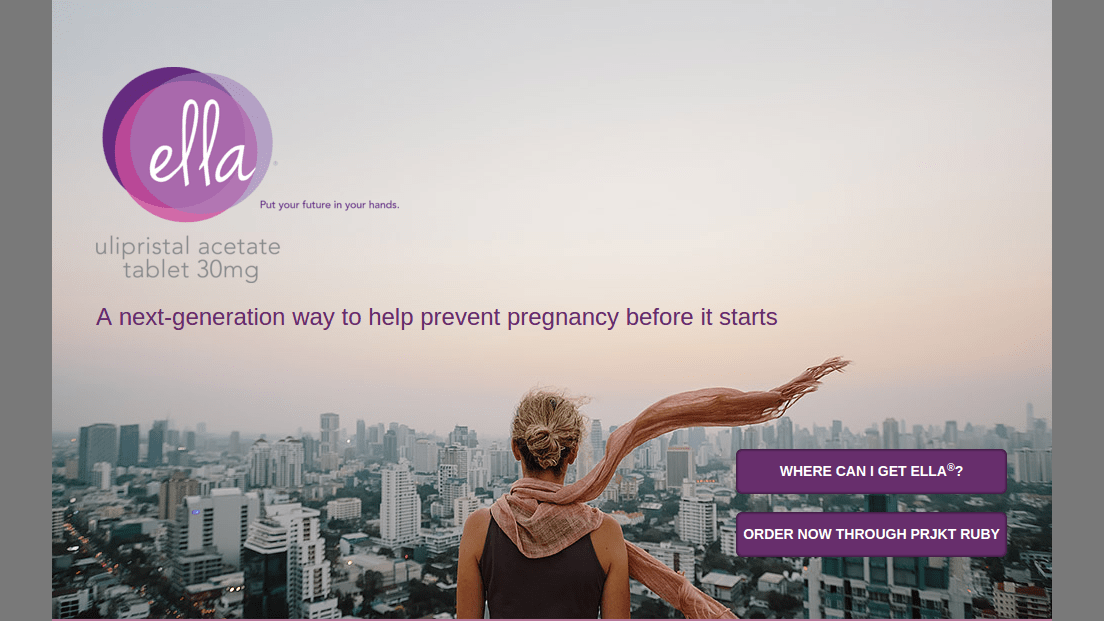 Name: Ulipristal acetate (brand name EllaOne) Cost: Currently unknown, but likely to be more expensive than the current over-the-counter pill. It is not listed on the Pharmaceutical Benefits Scheme. Availability: Prescription-only Effectiveness: Around 70 per cent, but less for women with a Body Mass Index over 35 When to Take It: Within five days

EllaOne only became available in Australia this April, having been approved last year, but it has been in use overseas since 2009. And though it’s available over the counter overseas, it’s currently only available via prescription in Australia.

EllaOne blocks progesterone, a hormone that’s needed to begin a pregnancy. EllaOne seems to prevent pregnancy by preventing the ovary from releasing an egg cell. Normally you release an egg, or ovulate, about two weeks before your period. Having sex in the few days before ovulation is likely (though never guaranteed) to lead to pregnancy.

So if you can take EllaOne in that window between sex and ovulation, it can stop the egg and sperm from ever getting the chance to meet. It’s OK if you don’t know when you’re due to ovulate — you can just take EllaOne within five days after sex. Sooner is better, because if you ovulate on the third day and take the drug on the fourth, you may be too late.

An important note about both of the pill-based options is that they are less effective in women with high BMIs. If you’re overweight, EllaOne may be more effective for you than levonorgestrel, which we discuss below. Weight is not an issue for the copper IUD, though, so that’s another point in the IUD’s favour. Name: Levonorgestrel (many brands) Cost: Around $20-50 Availability: Available over-the-counter to anyone (you can even ask a friend to pick it up for you) Effectiveness: 89 per cent on average, declining over time, and less for women with a Body Mass Index over 25 When to Take It: Within five days, but the sooner you take it, the more effective it is.

This is the least effective method, but it’s the easiest to get. If you can take it within the first 24 hours after unprotected sex, it may be as much as 95 per cent effective. On the second and third day, it’s 61 per cent effective. You can still take it on days four and five, but the efficacy is even lower.

Because you can buy this so easily, you could even order some now, and keep it in your medicine cabinet just in case you or a friend ever need it. But since the copper IUD is more effective, consider whether you can get one in time rather than going for your stash of levonorgestrel. Deciding between EllaOne and levonorgestrel depends on timing: levonorgestrel may be the better option if you can take it right away, but if you’ve waited a day you’re better off with Ella.

Like EllaOne, levonorgestrel works by preventing ovulation, so there is no egg available for the sperm to meet. But where EllaOne blocks progesterone directly, levonorgestrel works ahead of time to prevent the surge of hormones that happens before ovulation. That means the window of time the drug can work is smaller, and it gets less and less effective as ovulation approaches. So even though it’s sometimes called the “morning after pill”, don’t wait until morning if you have some on hand — take it right away.

There’s one more option: you can prevent ovulation in an emergency situation with an extra-large dose of regular birth control pills. These work similarly to levonorgestrel and should also be taken as soon as possible. This option only really makes sense if you have birth control pills on hand but haven’t been taking them. In that case, you should call up your provider anyway, and talk to them about finding a method (maybe an IUD?) that works better for you going forward.