Taro is a root vegetable you may not be familiar with but it has been referred to as “chocolate for Asian people”. You can find it in a myriad of Asian sweet treats so it wasn’t surprising to see McDonald’s in Hong Kong selling taro pies. So how does it taste? Let’s find out.

Image: Raw taro (this is not even its final form)/Wikipedia

I’m Chinese and let me just tell you: we love the taro. We put taro in just about anything. I’ve seen it in ice-creams, cakes, soups, mixed in with rice – you name it. It has a natural tinge of purple to it (in some snacks they come out as a bright nuclear purple) so those who have not grown up with taro may not find it appealing to eat. But for me, taro is glorious in almost any form. 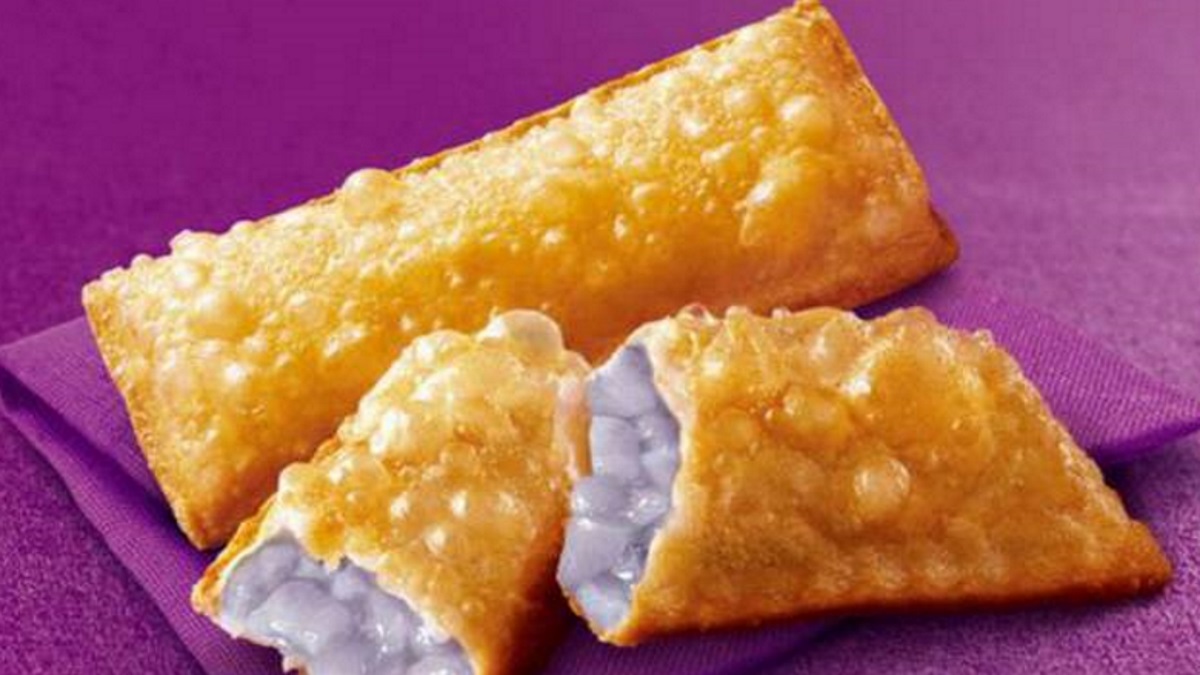 I went back to Hong Kong for a holiday recently and stopped into a McDonald’s for a feed. I saw that they sold taro pies, which is essentially an apple pie but with a taro filling instead. I’ve never really been a huge fan of McDonald’s apple pies but being such a taro fanatic, I decided to give this newfangled snack a chance.

It looks like an average McDonald’s apple pie on the outside and comes in a cute lavender packaging that I found particularly attractive. It uses the same thick rectangular pastry as the apple pie that has been fried to give it that recognisable golden hue.

I cracked this baby open to find softened cubes of taro floating on a bed of gooey liquid. I’m used to eating taro in a dessert soup (yes, that is a thing) so I’m not particularly fazed by this. I am a bit disappointed by the paltry amount of solid taro the pie contains; it’s deceptively hollow inside (as you can see in the photo below). I wanted a mouthful of Asian chocolate, Goddamit. 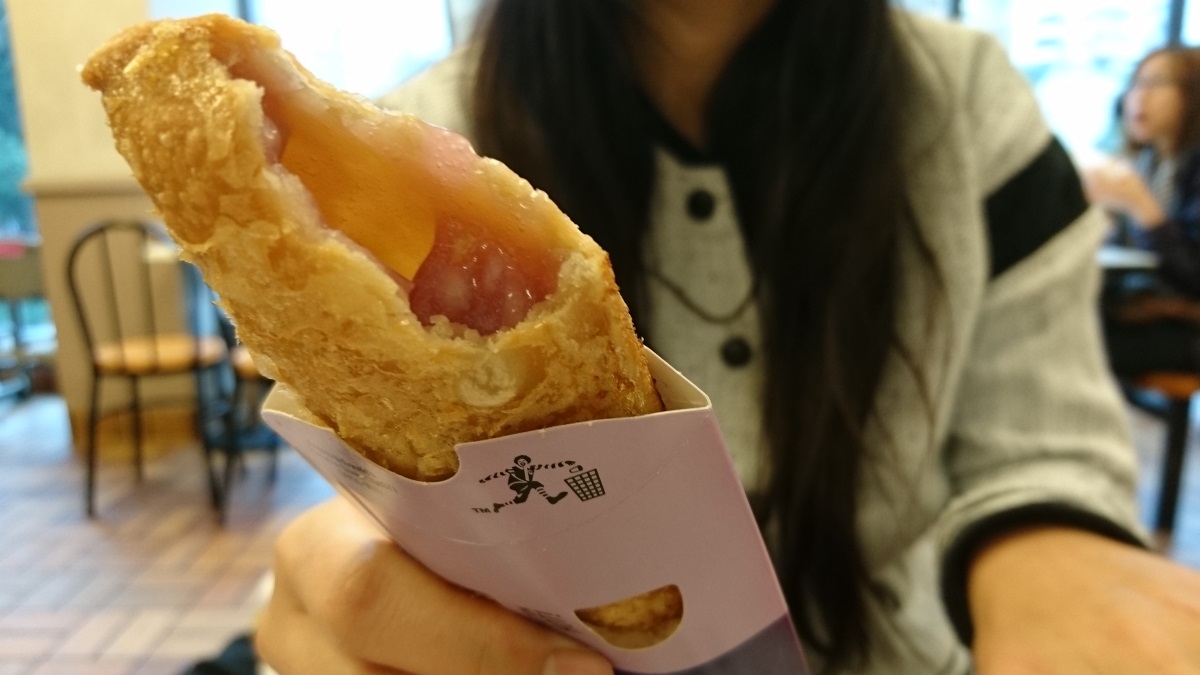 The taro pie is also insanely sweet. The syrup was overwhelming and I had to stop after a few bites. While I did kind of enjoy the crispy pastry, the excessive sweetness eclipses any positive trait the pie carries. I had to neutralise the flavour with heavily salted fries, that’s how sweet it was.

10/10 will not buy again, but if you have a massive sweet tooth, perhaps you’ll be able to appreciate it.