Soft Paternalism, Or The Future Of Authority And Obedience 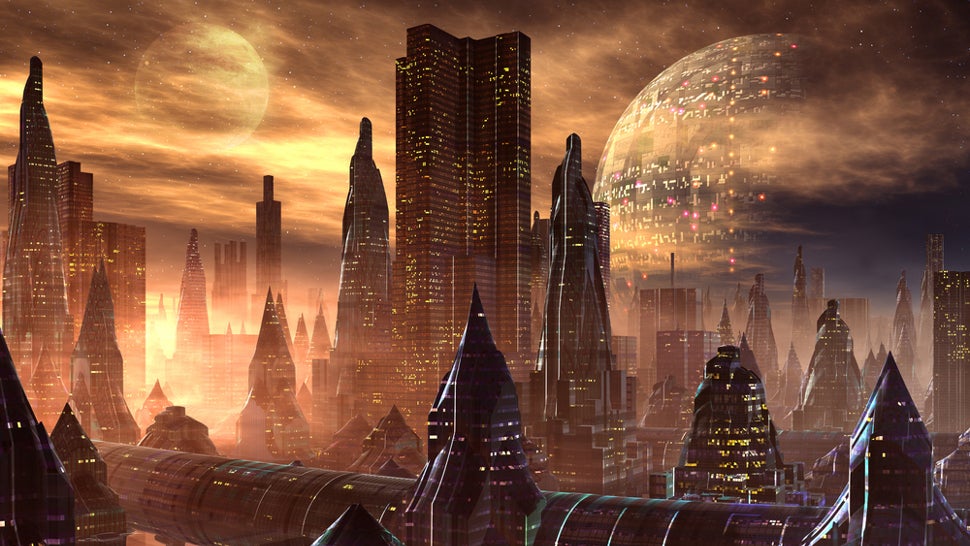 As humans, we’re always making bad choices. At the same time, we really hate to be told what to do — even if what we’re being told is a good idea. This conundrum could be solved with a futuristic concept called “soft paternalism”. Here’s how public and private institutions could nudge us in the right direction — without violating our liberty.

The term libertarian paternalism, or soft paternalism, was coined by behavioural economist Richard Thaler and legal scholar Cass Sunstein in a 2003 article in the American Economic Review. The idea was further articulated in their book, Nudge. Simply put, it’s the idea that even highly competent, well-informed people fail to make choices in their best interest — and that it’s OK for private and public institutions to step in and nudge them in the right direction without eliminating freedom of choice, or liberty.

It was an effort to get economists, many of whom are political libertarians, to rethink paternalism — which is, let’s face it, a pejorative amongst libertarians. Paternalism, by its very definition, is analogous to the way a parent treats a child — like telling them they have to wear bike helmets, refrain from drinking sugary soft drinks and to stay away from marijuana. But this anti-paternalist bias, say Thaler and Sunstein, is based on a false assumption and a pair of misconceptions.

The false assumption is the belief that people always, or at least most of the time, make choices that are in their best interest. It’s fairly obvious to even the most idealistic among us that this is far from true — we knowingly and willingly engage in poor health habits, we’re lazy, irrational and we often ignore responsibilities or tasks that would better serve our interests and those of the larger community, like saving money for our retirement or agreeing to donate our organs after death.

As for the two misconceptions, the first is the trenchant belief among libertarians that there are viable alternatives to paternalism. But according to Thaler and Sunstein:

In many situations, some organisation or agent must make a choice that will affect the choices of some other people. The point applies to both private and public sectors.

The second misconception is that paternalism has to involve coercion. But it’s both possible and acceptable, say Thaler and Sunstein, to devise strategies in which governments or businesses can get their citizens or employees to be compliant — and in a way that still preserves freedom of choice and not just the illusion of it.

The Nudge In Action

The best way to describe soft paternalism is to show it in action.

Take programs or initiatives in which people have to opt in. But why not switch it around and have more people opt out of important things, like organ donation? Indeed, given the tremendous social and humanitarian benefits of donating an organ, we should assume that people want to opt in. Should certain people find the act distasteful, for whatever reason, they have to do the work to opt out.

Similarly, some companies and governments want employees to be signed up for company pension schemes by default. (In Australia, employees are signed up for superannuation by default, but it’s still a novel concept in the US.) The Economist explains:

Such schemes, which typically attract tax breaks from governments and matching contributions from employers, are usually in the best interest of workers. You might say that joining is a “no-brainer”, except that what little brainwork and paperwork is required defeats a surprising number of people. A soft paternalist would presume that people want to join, leaving them free to opt out if they choose. In one case study by Ms Madrian and Dennis Shea, changing the default rule in this way raised the enrolment rate from 49% to 86%.

By doing this, a glaring error is remedied in an unobtrusive way; behaviour is altered while preserving freedom of choice.

Still on the pension front, Thaler and Sunstein devised a scheme in which a fraction of workers’ future pay increases are diverted into pension savings before reaching their pay check. The basic idea is that people are more willing to part with tomorrow’s cash than today’s. Moreover, as long as they increase their saving rate by less than their pay raise, it won’t feel like a cut in their disposable income (increased standard-of-living costs notwithstanding). This strategy was actually put into place at a medium-sized manufacturing company; after four annual pay raises, the joiners had lifted their savings rate from just 3.5 per cent to 13.6 per cent. A result that prompted Thaler to write, “We plead guilty to the charge of trying to be paternalistic.” But since they didn’t infringe on freedom of choice, they see no impropriety.

Here are some other examples of nudges — and not all of them good (taken from Nudge):

1. The design of menus gets you to eat (and spend) more. For example, lining up all prices on either side of the menu leads many consumers to simply pick the cheapest item. On the other hand, discretely listing prices at the end of food descriptions lets people read about the appetizing options first…; and then see prices.
2. “Flies” in urinals improve, well, aim. When Amsterdam’s Schiphol Airport was faced with the not uncommon issue of dirty urinals, they chose a unique solution: by painting “flies” in the (center of) commodes, men obligingly aimed at the insects, reducing spillage by 80 per cent.

And in a final example, over 10,000 compulsive gamblers in Missouri have been placed on a black list; they are not allowed to enter any of the state’s riverboat gambling cruises. Now, this might sound paternalistic — except for one important detail. All the gamblers voluntarily asked to be put on the black list. They did it for their own good.

It’s also important to note what’s not soft paternalism. It’s a commonly held misconception that sin taxes, like taxes on cigarettes and booze, are a kind of soft paternalism — but that’s not true. That’s more a deterrent, and even a punishment, for certain behaviours, thus qualifying it for straight-out paternalism. And outright bans, like the the New York City soft drink size limit, is also not soft paternalism. Again, it’s not really preserving freedom of choice.

At the risk of gross understatement, not everyone agrees with the concept of soft paternalism. As described above, some nudges, particularly those exerted by the private sector, work against our best interests. At the same time, many still see it as part-and-parcel of the so-called “nanny state.” It’s still an admonition from above, albeit through a different channel.

One of these critics is College of Staten Island philosopher Mark D. White, author of The Manipulation of Choice. He argues that there are practical reasons why nudges towards “correct living” are poor public policy. An ardent supporter of individual choice and autonomy, White thinks that economists have a bungled understanding of human decision-making and that behavioural economists have failed to correct this.

Looking at the employee retirement nudge, White says there’s no practical or objective way for an outside observer to define another individual’s best interest — a factor that undermines the very premise of libertarian paternalism. What’s more, in order to make certain claims, there needs to be an objective standard for determining good and bad behaviour. But as Reason‘s Anthony Randazzo explains, “people’s preferences are too varied to nail down such a standard… As the economist F.A. Hayek observed, knowledge is so dispersed throughout society that no singular policymaker or advocacy group can collect enough information to fully understand how people would define their own preferences and principles.”

Indeed, there’s a danger here of implementing a policy toward seemingly “virtuous” conduct, only to find later that it was anything but.

While many of the objections to soft paternalism are interesting, they’re hardly deal breakers. Many of the proposed nudges are dumbfoundingly obvious and clearly in our best interests.

What’s more, it’s OK to admit that we could use a nudge from time to time. In today’s society, we’re busy and distracted; we can’t possible know everything that’s good or bad for us, nor can we act on everything that’s out there. At the same time, we’re irrational creatures, subject to many cognitive biases. We’re also prone to addictions and self-harming behaviours that are costly to individuals and societies. Governments exist to serve us, so it’s ok to lean on them from time to time — even if it comes in this unconventional form.

The concept of soft paternalism is sound. The challenge will be to ensure that future governments use it for good. But this is where democratic institutions and accountability come into play.