How We Work, 2016: Claire Lower’s Gear And Productivity Tips

Every week, we ask cool and interesting people how they get things done. Today we’re asking me for some reason. I’m Claire Lower, a freelance food and beverage writer who runs Skillet, and this is how I work.

Location: Portland, Oregon Current Gig: Freelance writer, Oreo journalist One word that best describes how you work: Frantically Current mobile device: iPhone 6 Current computer: An ASUS Ultrabook. That is literally all of the information I can give you about it, because I’m not very tech-savvy.

“Can’t live without” is kind of strong but recently I’ve been using the Headspace guided meditation app to try and chill the eff out. I don’t use it everyday like you’re supposed to but I always feel better after I do. It’s narrated by this British dude named Andy who has a very pleasant voice. I also find Neko Atsume very relaxing.

When I am running (which I haven’t been doing recently because I hurt my back, but it’s getting better!) I use the Strava app to track my runs. I honestly don’t think I would have been able to train for my half marathon last year without it. Some people can just run without a goal but I have to quantify things to feel like I’m making progress.

None of these are particularly work or “productivity” oriented but I find that when I run and meditate my work is actually better because my mind is clearer.

I really have two workspaces: my little white desk, and the kitchen.

The desk is cluttered because I like to be surrounded by mementos and photos while I work. 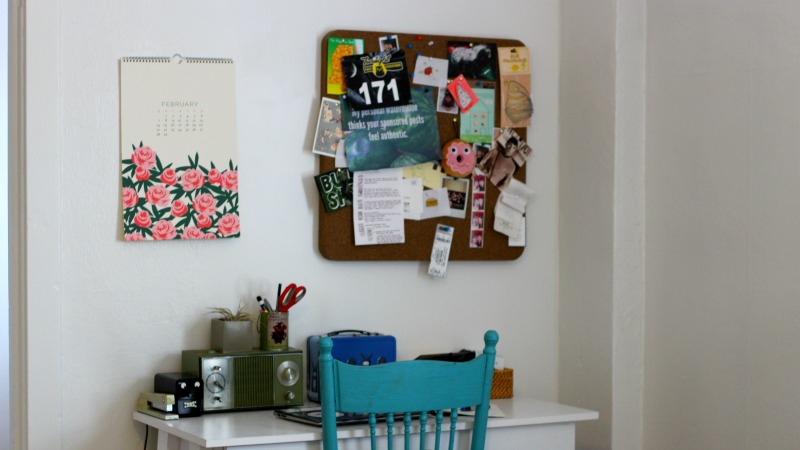 The kitchen is much more orderly. I try not to keep too many things on the counter, but my Kitchen Aid stand mixer, food processor, and newly acquired Anova Precision Cooker are always out, because seeing them inspires me to use them. 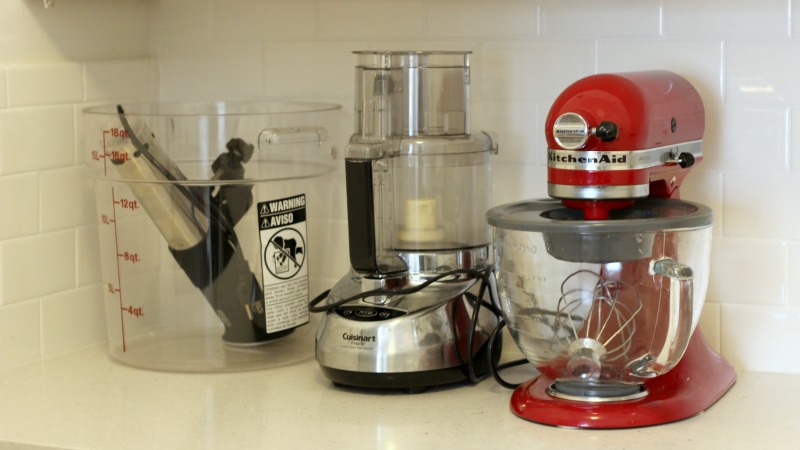 For fellow work-from-home types, it’s: “Get dressed.” It’s so easy to stay in PJ’s all day, but washing your hair and putting on real pants can do wonders for your productivity.

I also cannot recommend single-tasking enough, as multitasking really slows me down. My mind is so noisy that it is imperative I only work on one thing at a time. Setting aside chunks of time where I only work on one article or recipe is way more effective than trying to juggle multiple projects at once. That doesn’t mean I can only do one article a day, but finishing one thing before moving onto the next keeps me sane.

I have a three notebook system. For my overall planner, I love love love the Uncalendar Lifestyle Planner (full size), because it has so many little boxes for lists, and I’m a big list writer. The second notebook is a simple but nice notebook for jotting down ideas, brainstorming recipes and personal notes, and the third is a cheap notebook that I use mostly for ingredient shopping lists and photo editing (I take a ton of photos, then I go back through and note the “best” ones in the notebook so I know which ones to edit.)

My camera, which is just a simple Canon Rebel SL1, is obviously a necessity, but the real game changer for me was getting a fixed distance lens. Even in crappy lighting that thing takes a pretty good photo, which is great because Portland isn’t known for its natural light.

In terms of kitchen tools, there really isn’t a particular “gadget” that I can’t live without. I mean I love my stand mixer and my food processor, but “can’t live without” seems a little hyperbolic, even though they do make life easier. This may sound silly but I have this one giant wooden spoon my sister gave me that I use constantly. I would actually be lost without this stupid spoon. I also really love my Le Creuset Revolution Spatula Spoon. It came in a goody bag I got at an event and it can scrape the last bit of anything out of a bowl. 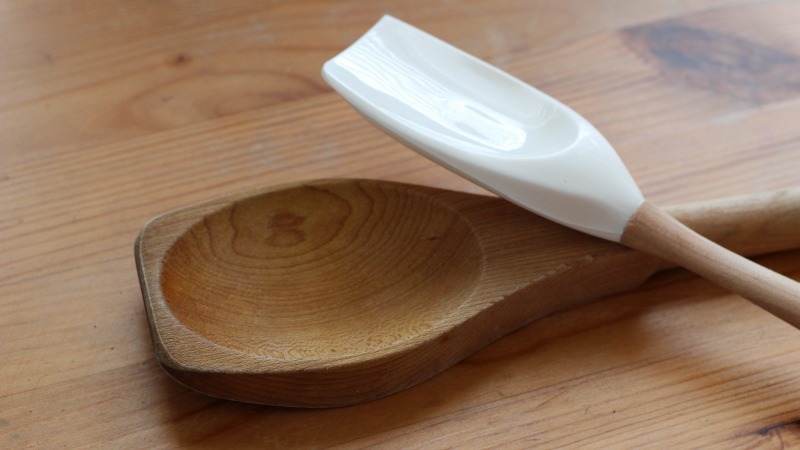 My Garmin watch is another a gadget that I find very helpful. Like I said earlier, if I can’t quantify it, it doesn’t really feel like it was done, so having a watch that’s so good at tracking my time/distance/cadence actually encourages me to run more.

On a sillier note, I got this little thing that holds your glass of wine (or can of beer) while you’re in the tub. Drinking in the bath is my major hobby, and this thing has really upped my bath game. 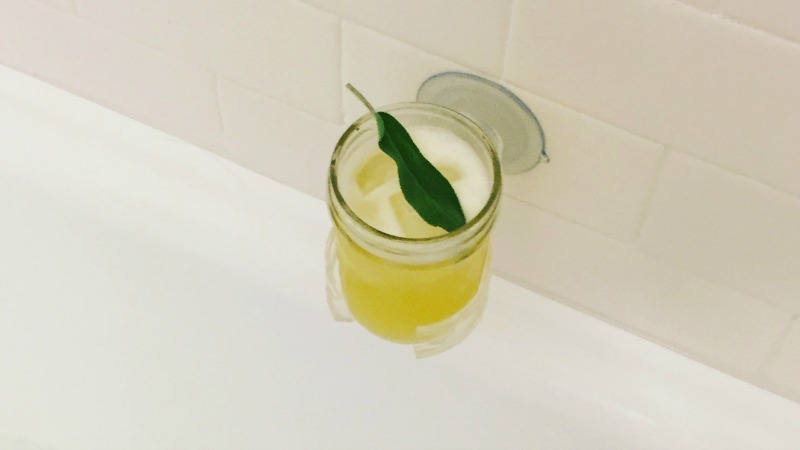 Also my record player (Audio-Technica AT-LP120-USB) is very important to me.

I think I’m a really good hostess. I can make a really good martini. I’m also pretty good at making playlists and have encyclopaedic knowledge of The Rolling Stones and The Band.

For writing, I have a Spotify playlist call “Write Bitch” that I’m constantly adding songs to. It’s mostly chill sad bastard music that I’m super familiar with. I can’t listen to anything new while I’m working because I get distracted by the lyrics. Two other lists I listen to a lot while writing are this one with a bunch of different covers of “Long Black Veil”, and another with a bunch of different covers of “Both Sides Now”.

When I’m cooking, I’ll put on something a little more upbeat, usually on vinyl. Right now I’m mostly listening to the Stones’ Some Girls, Orange Juice’s You Can’t Hide Your Love Forever and Belle & Sebastian’s Tigermilk.

I do most of my “pleasure reading” offline, because usually by the end of the day I need to get off the internet. I love the most recent issue Cherry Bombe magazine (which, full-disclosure: I wrote something for), and am working my way through Keith Richards’ Life. (I’m also in the middle of Infinite Jest but I’m having a hard time caring about it.) 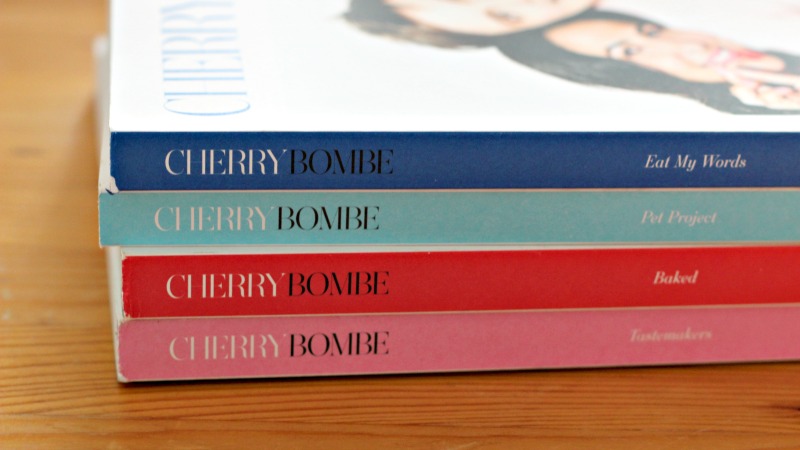 Drinking gin in the bathtub, usually with epsom salts or a Lush bath bomb.

I don’t think it can be called a “routine”. Sometimes I’m up until three, sometimes I zonk out by 9:30. Don’t be like me.

I don’t remember what I was freaking out about at the time, but it had to do with “being behind” in some aspect of my existence. I was talking to my dad about it and he said (in his gruff southern accent), “It’s 2010 for everyone.” (It was 2010 at the time.) I mean obviously you have to change out the year for it to be applicable now, but it’s good advice. It’s the same year for everyone, and accomplishments don’t become less valuable as you age.

I can get really competitive, but learning to accept that there’s always going to be someone who is more successful than me was really helpful. I’ve found that, particularly with other women, it is far more productive to support them and try to learn from them than it is to try and tear them down to feel better about myself. I’d much rather be the least talented person in the room than the most because, even though it would sting the ego a bit, I’m going to learn a lot more in that first room.