How To Watch Tonight’s Lyrid Meteor Shower In Australia [Updated]

For the rest of the year Australia has roughly one meteor shower per month to look forward to, and the next one is coming up tonight — the Lyrids. We explain how to watch, and when.

The Lyrids are one of the oldest chronicled meteor showers, being referred to by ancient Chinese stargazers in 687 B.C who noted that “at midnight, stars dropped down like rain.” The meteors are sandgrain-sized pieces of dust and ice from comet Thatcher, which throw up a larger show every 60 years or so — showers in 1982 and 1922 displayed up to 90 meteors per hour, while a shower in 1803 produced around 700 meteors per hour.

Unfortunately we aren’t expecting anything so spectacular this year. As far as meteor showers go, the Lyrids are one of the weaker ones, and sometimes difficult to view from the Southern Hemisphere. While the shower is active between April 16 and 25, the peak occurs on April 22 — Friday night.

This peak unfortunately also happens to coincide with a full moon, reducing the overall visibility of the shower. However if you’re lucky enough to find a place with little cloud cover and light pollution you should be able to see something — the Lyrids can sometimes put out more than one meteor per minute.

Your best time for viewing the Lyrids is between midnight and dawn — and the later you stay up, the higher above the horizon the radiant will rise. Time and Date has a table updated daily showing the azimuth and altitude of the radiant for a number of Australian locations:

This is where the radiant will be visible in the Southern Hemisphere, estimated at 3am AEST: 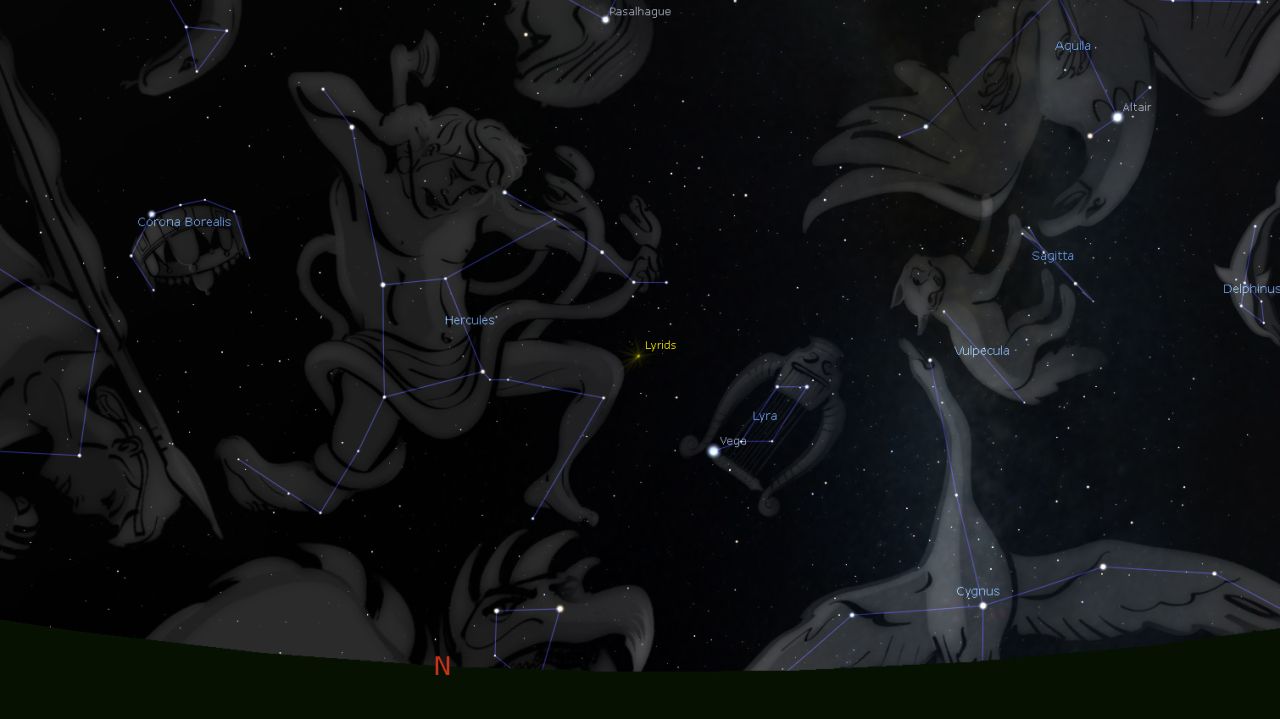 To get the best from this year’s Lyrids, remember the following tips for optimum meteor shower viewing:

If you miss the shower on Friday night (or just don’t want to get out of your warm, cozy bed) Slooh will be putting on a live show at 8PM EDT — a comfy 10am on Saturday morning, AEST: