How To Outsource A Game Of Thrones-Themed ‘Date Night’: The Finale

Last week, I recruited somebody from Airtasker to help me arrange a romantic Game Of Thrones-themed date night. I was apprehensive about letting a stranger into my home and I really didn’t know what to expect. Here’s how the night went down.

For those who are new to this miniseries, here’s a recap: I offered up $700 on Airtasker for somebody to organise a Game Of Thrones-themed date night complete with props, costumes and food. After receiving a few pitches for the job I settled on an Airtasker named Emma who went through her vision of the night for me over the phone which got me plenty excited.

On Tuesday, Emma arrived at my apartment to set up for my romantic evening in Westeros. She had lugged over boxes full of miscellaneous items she had prepared along with a tray carrying dinner for the night: lamb and vegetables roasted over hot coal.

Emma wasted no time in putting up decorations around the living room and dining area. Having given her a brief that I didn’t want any props that would damage the apartment, I was pleased to see her putting up posters with white tac. She continued on to place non-intrusive props around my lunge room, stepping back to scrutinise her work every now and then, constantly readjusting things until they were to her liking.

I am not a photographer. 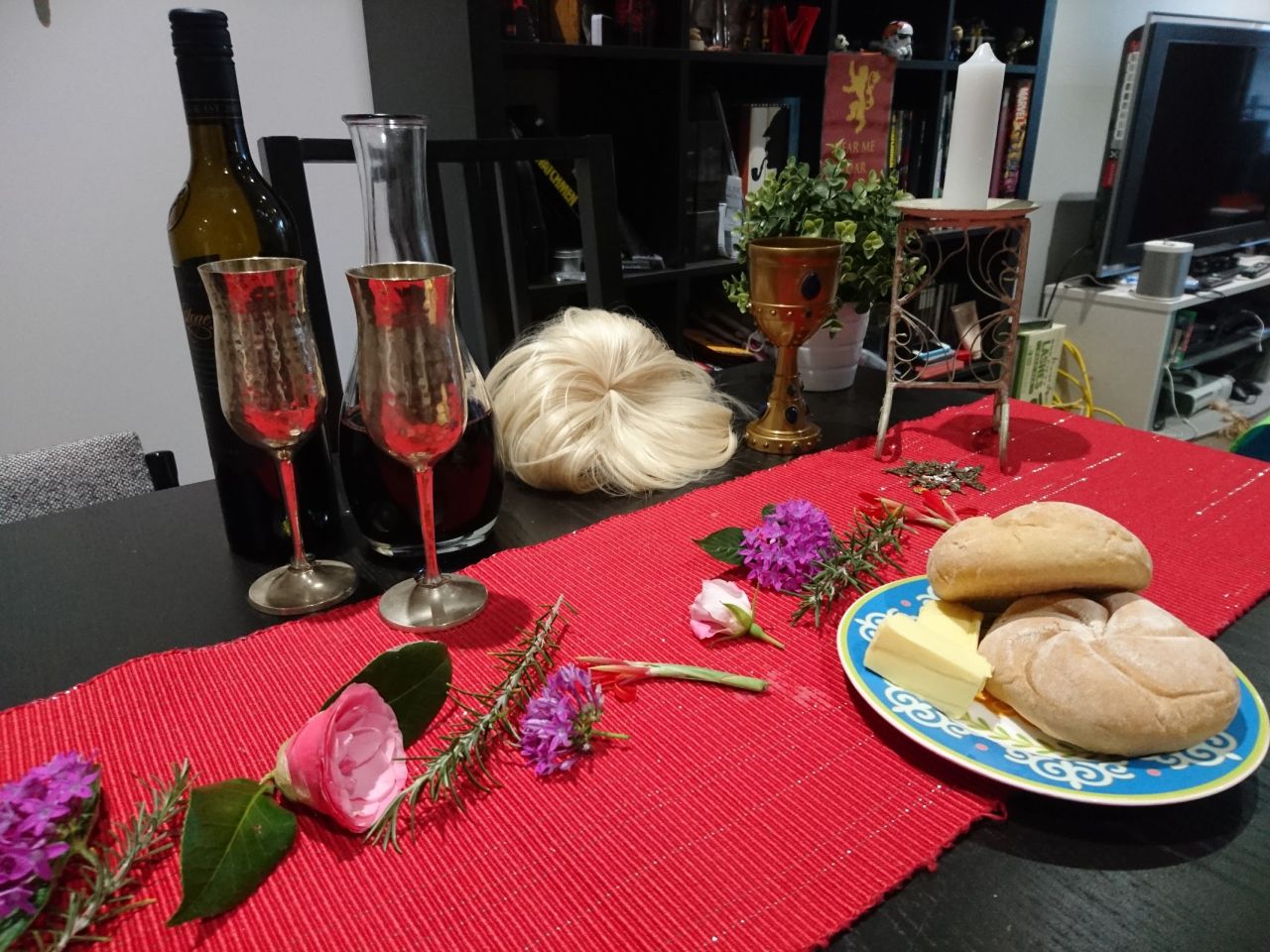 I’ll admit, some of the props do look a bit cheap and tacky but I really did appreciate the finer details that Emma focused on. She had brought over a necklace that had “My Sun And Stars” etched onto it, a direct reference to what the dragon queen Daenerys called her lover Khal Drogo.

What I was particularly impressed with was the costume Emma made me. Yes, she made me a dress based on one that Daenerys wore in the series. It was completely unexpected and actually looked quite nice and I was impressed that she went that extra mile. 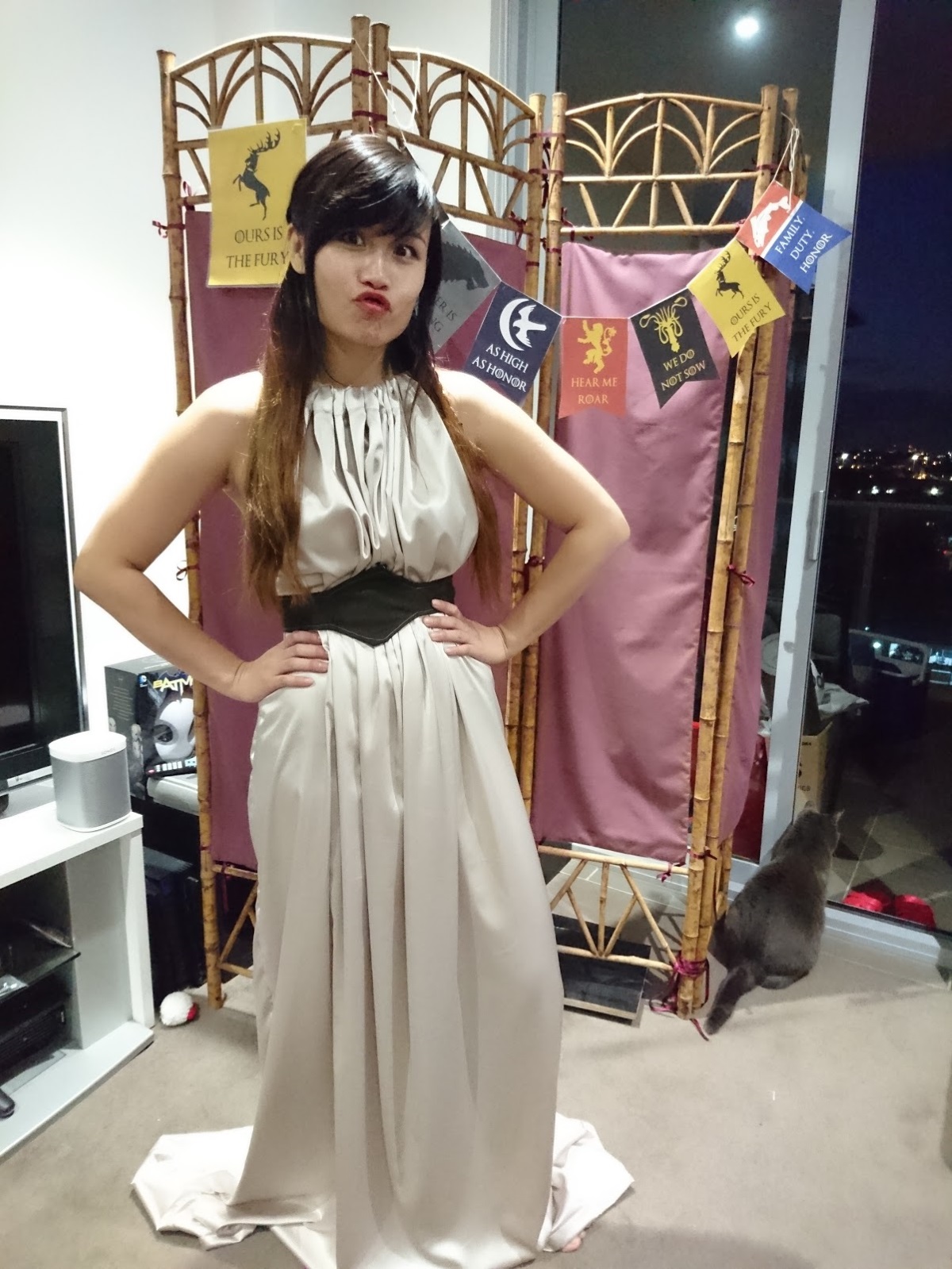 The costume she had prepared for my partner was a bit lacklustre and looked more like it was for a kid. He actually couldn’t sit it in and had to take it off before dinner. But he’s not much of a costume kind of person anyway so it gave him a great excuse to get rid of it.

Speaking of dinner, the roast lamb and vegetable went down a treat. Emma said her partner, who is a chef, had slow cooked it over coal for several hours beforehand. It smelt divine and was delicious, pairing well with the bottle of Dornish red (actually, South Australian wine) Emma brought over. 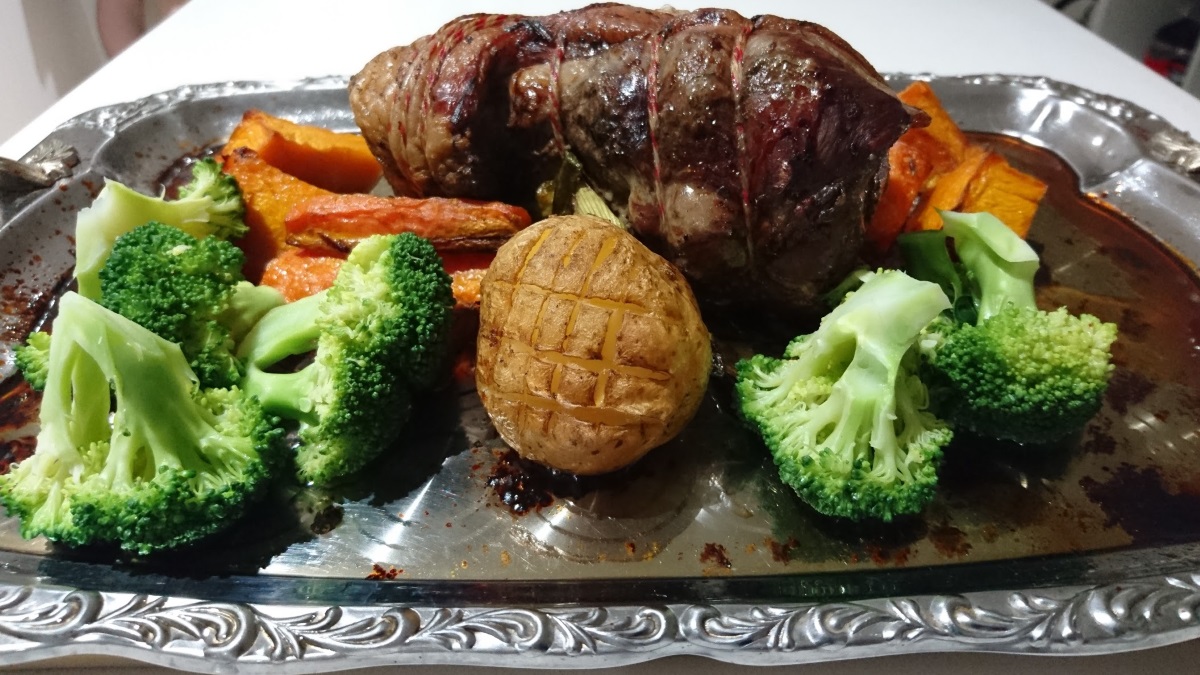 Who can say no to a roast?

My partner and I had a great night overall. It was a special treat for the both of us who’s usual date night consists of going out to the same cheap and cheerful dumplings joint.

Was the whole experience worth $700. It depends on how you look at it. True, cost of material goods Emma had to buy probably wasn’t more than $300, but she did all the leg work to purchase everything, factored in my requirements, spent time making me a dress, spent a few hours making dinner and came all the way to my place to set everything up. I was also allowed to keep most of the props.

For the time and effort that went into the night, I’d say it was worth it but it’s not something I would do regularly. But if you want to organise a memorable night for somebody who is obsessed with Game Of Thrones, it could be worth putting up the Gold Dragon coins to have somebody else do all the work for you.