Today, Opera added a free virtual private network (VPN) to the developer version of its browser. Among other things, this can be used to remove geo-blocks on overseas content — which means you can access Netflix’s entire US library in Australia without paying anything extra. Here’s a step-by-step guide to get your free VPN up and running.

For the uninitiated, Opera is a web browser for Windows, OS X and Linux operating systems that takes most of its design cues from Google Chrome. Today’s developer update adds a free, unlimited VPN service directly inside the browser.

Once enabled, you can set your location to exit servers in the United States, Germany or Canada, and use it as much as you like. All of your browsing data will then be encrypted and sent through Opera’s VPN concentrators. It essentially gives you most of the benefits of a VPN at a click of a button — completely free of charge.

The Opera VPN is great for people who want to mask their location or make sure their data is private on public Wi-Fi connections. Naturally, it can also be used to access online content that is blocked in Australia; including the US version of Netflix which has a hell of a lot more content.

Opera’s VPN is more of a replacement for browser-based tools than a fully featured, system-wide VPN. It’s certainly no match for some of the best full-service VPNs you can choose from. But if you’re just looking for a free way to access US Netflix using your Australian account, it gets the job done in a few seconds.

Step 2: Open the browser and go to Privacy & Security 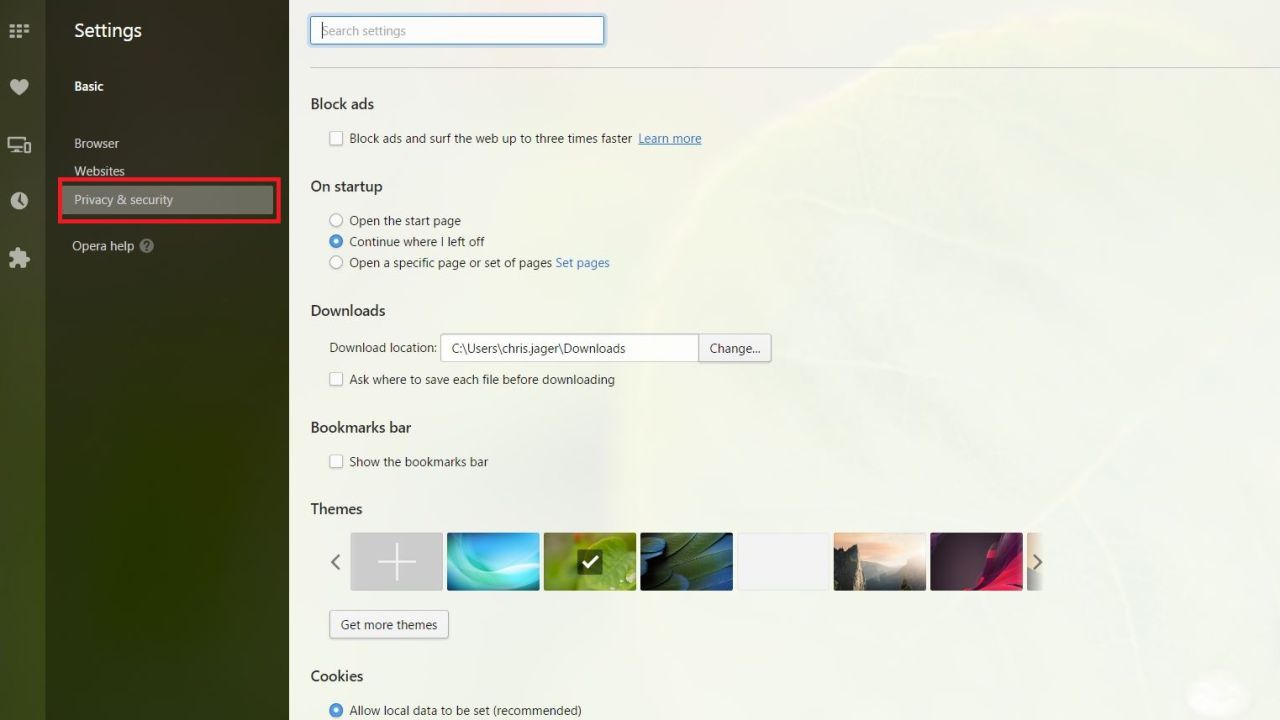 Step 3: Enable ‘VPN’ in the settings 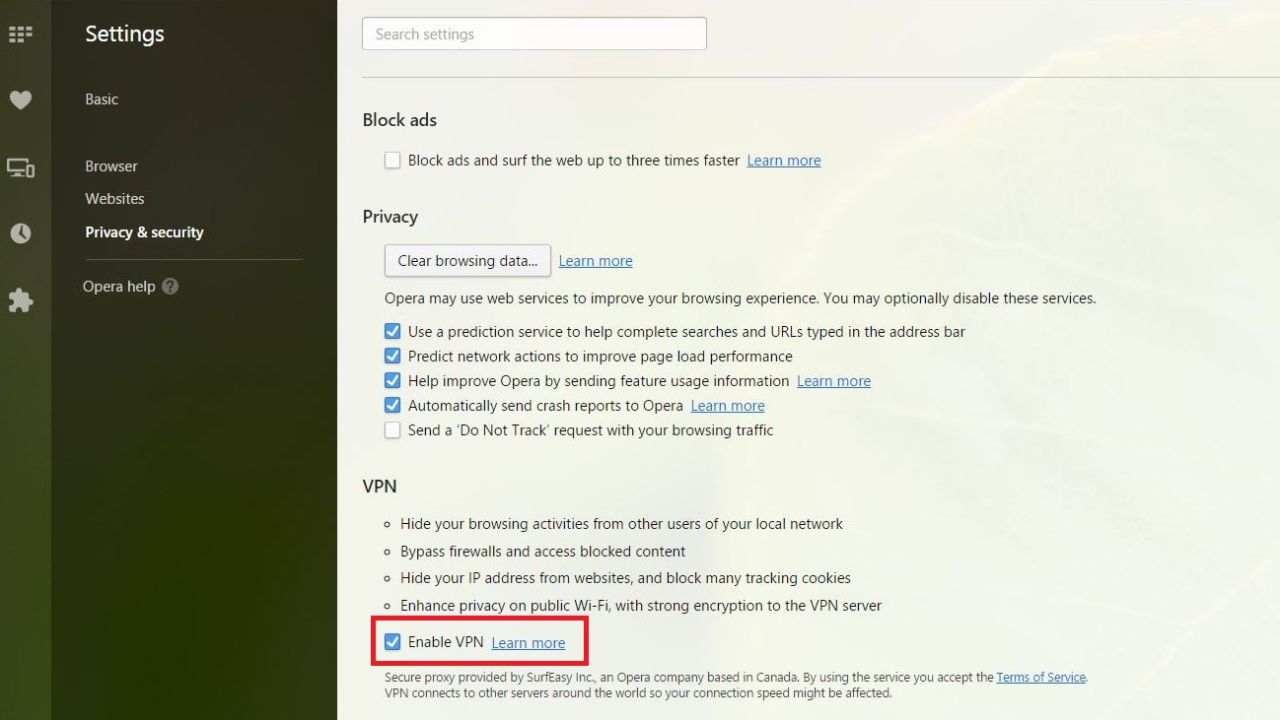 Step 4: Click the VPN button next to the address bar and select ‘United States’ 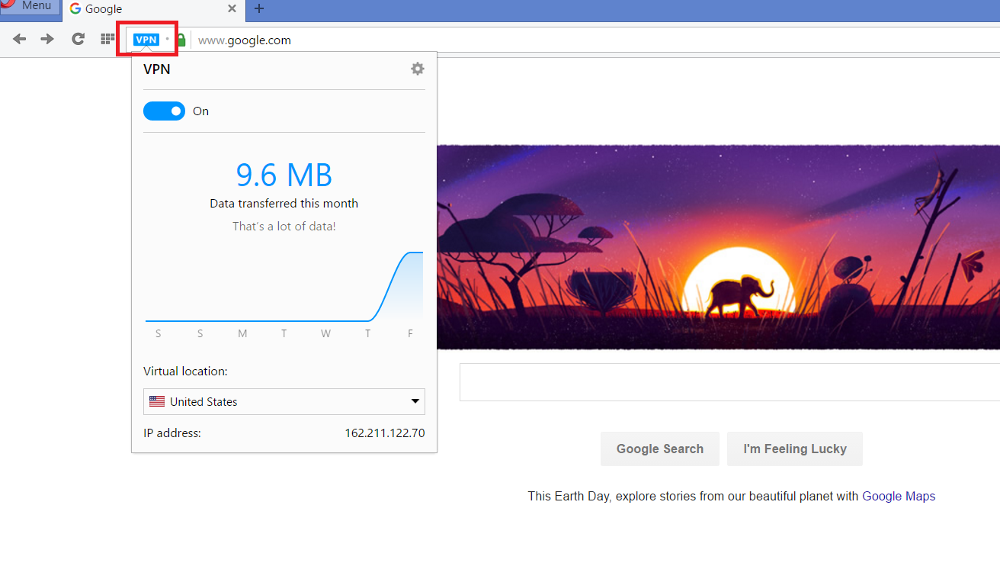 Step 5: Head to Netflix and enjoy the full US library! 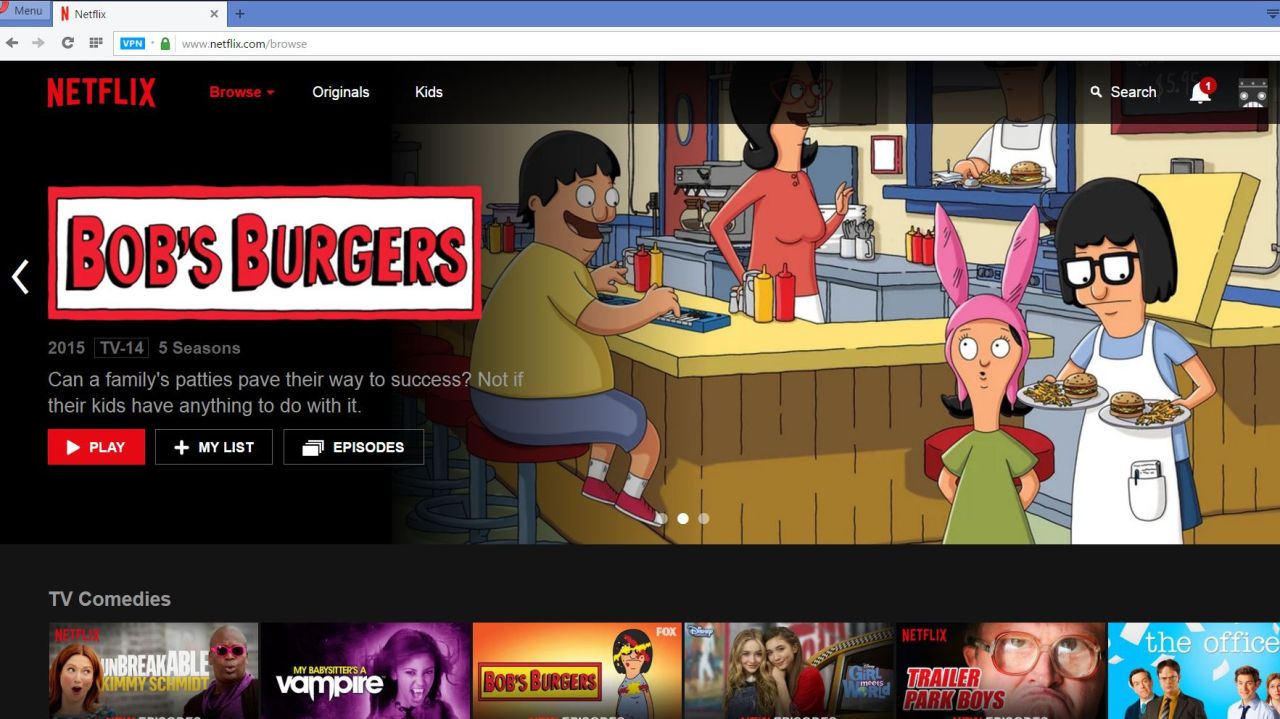 Depending on the speed of your internet connection, you might notice a degradation in video quality while watching the US version of Netflix. Unfortunately, there’s not much you can do about this. As with any virtual private network, the Opera VPN requires the user to stream content from the country of origin — this means the data has a lot further to travel.

Also, if you have unmetered Netflix access via your ISP, bear in mind that accessing the US version will start counting towards your quota. This is definitely something to consider if you’re connecting via a mobile network or have a modest data allowance.

So is any of this remotely legal? The laws surrounding geo-block circumvention are pretty ambiguous. According to our own Prime Minister, the use of VPN technology to circumvent geo-blocking is not illegal. However, the Australian Copyright Council has stated that streaming geo-blocked shows without permission in Australia is “likely” to be an infringement of copyright.

The problem is that Netflix has different licencing deals in place for each country it operates in. Circumventing these blocks can hurt Netflix’s relationship with its partners. This is the main reason Netflix has been cracking down on VPNs use in Australia despite the public backlash.

While you won’t be breaking any existing laws by using Opera’s VPN, you will absolutely be breaking Netflix’s terms of service which you agreed to follow when you initially signed up. If you want to do the “right” thing, stick to the local service.

There’s also the distinct possibility that Netflix will add this VPN to its blacklist. (For what it’s worth, it’s currently working fine for us.)

See also: Netflix Is Upping Its Attacks On VPNs: Here’s How To Dodge The Blocks | Lifehacker 101: How To Choose The Right VPN In Australia | What Are Popular VPN Services Doing About Netflix Blocks?