Can You Condition Your Body To Require Less Sleep?

One way to have more time for work and play every day is to sleep a little bit less. But eventually, staying awake for longer periods can have a negative impact on the quality of our lives. So where does the break-even point lie, and can it be shifted?

What You Stand To Lose

Few things do your body better than a good night’s rest. While many of its molecular and cellular mechanisms remain unresolved, we know that sleep helps us consolidate memories, fight infection and manage stress — all while contributing to the maintenance and repair of just about every tissue in our bodies.

Meanwhile, a lack of sleep can affect everything from your performance at work to your performance in bed. Foregoing sleep for extended periods of time has been shown to cause your body’s metabolism to go haywire. High blood pressure. Obesity. Heart disease. Diabetes. They’re all tied to a lack of sleep and crummy sleep habits — what researchers refer to as poor sleep hygiene. “Sleep services all aspects of our body in one way or another: molecular, energy balance, as well as intellectual function, alertness and mood,” says sleep expert Dr. Merrill Mitler, a neuroscientist at the National Institutes of Health.

One of the most extensive human sleep deprivation studies ever conducted sheds light on what happens when our bodies are deprived of the sleep they need. Researchers led by Hans Van Dongen, professor of sleep and chronobiology in the Department of Psychiatry at the University of Pennsylvania, limited study volunteers to various levels of sleep deprivation for 14 consecutive days (for example, 6 hours in bed per night for two weeks straight). The researchers then compared test participants’ cognitive and physiological abilities at the end of this period to those of test participants who had gone one, two, and three nights without sleep.

Their results showed that restricting sleep to six hours per night caused cognitive performance and reaction times to drop so dramatically, that by the end of the 2-week period, these test participants were performing as poorly as subjects who had forgone sleep entirely for two nights straight.

What little evidence there is for people acclimating to less sleep comes from a 2009 study conducted by scientists at Walter Reed Army Institute of Research. Researchers led by Thomas Balkin, chairman of the National Sleep Foundation, investigated the effects of “sleep banking” by having test subjects spending ten hours in bed every night for a week. When members of this “extended” sleep group were subsequently deprived of sleep, their performance on motor and attentional tasks suffered less than that of participants in the “habitual” sleep group, who had not been allowed to “bank” sleep in advance, but had rather stuck to their normal sleep schedule. 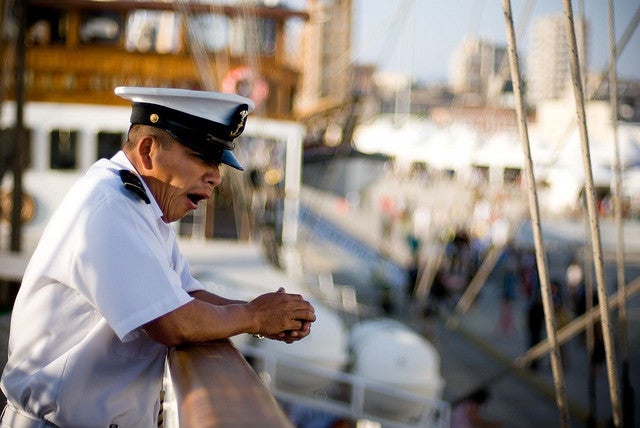 Photo Credit: Davide Cassanello via flickr | CC BY 2.0
It would be inaccurate, however, to say that members of the extended sleep group had conditioned themselves to require less sleep. They still performed worse on the motor and attentional tasks than they would have if they were fully rested. What’ more, their dleep-deprived performance was only compared to that of the habitual sleep group for five days. It stands to reason that this performance gap would shrink to zero over time. Consider, also, that the average time in bed for test subjects who were not allowed to “bank” sleep was 7 hours. That’s time in bed, not time spent sleeping. Given that sleep experts recommend most adults get between 7 and 8 hours of sleep a night, it’s likely that members of the habitual group started the experiment with a handicap, and that that the test subjects who were forced to spend a few extra hours in bed were getting closer to the amount of sleep they actually needed.

To summarize: Your body must have sleep. Full stop. As of 2014, there is no strong evidence that a person can condition his or her body over time to require less sleep. “The fact is,” says Mitler, “when we look at well-rested people, they’re operating at a different level than people trying to get by on 1 or 2 hours less nightly sleep.”

But What Does Your Body Need?

Of course, what our bodies require and what we give them are two very different things.

An earlier headline for this post read “Can You Condition Your Body To Get By On Less Sleep?” The answer to that question — and it is, in case you missed it, a very different question than the one now posed — is yes.

In point of fact, society has been managing on less and less sleep for years. In 2005, a poll conducted by the National Sleep Foundation concluded that Americans averaged just 6.9 hours of sleep per night. According to the report, that’s two hours less than people were sleeping on a nightly basis back in the 19th century; an hour drop per night compared to fifty years ago; and 15 — 25 minutes less per night since the turn of the century.

Requirements vary from person to person, so there is, technically speaking, no “right” amount of sleep, but experts say the average adult needs between 7 and 8 hours per night. Babies, 16 hours. Children and teenagers, 10 and 9 hours, respectively.

That the typical American is sleeping fewer hours than the minimum recommended average would suggest that many of us are already coping regularly with the side-effects of sleep deprivation.

What About People Who Function on Four Hours Per Night?

Margaret Thatcher is said to have averaged about four hours of sleep per night. This means one of two things. 1) The Iron Lady could have been more ferrous still, had she only gotten more sleep, or 2) Thatcher actually owed her political status and leadership style to her indefatigability. 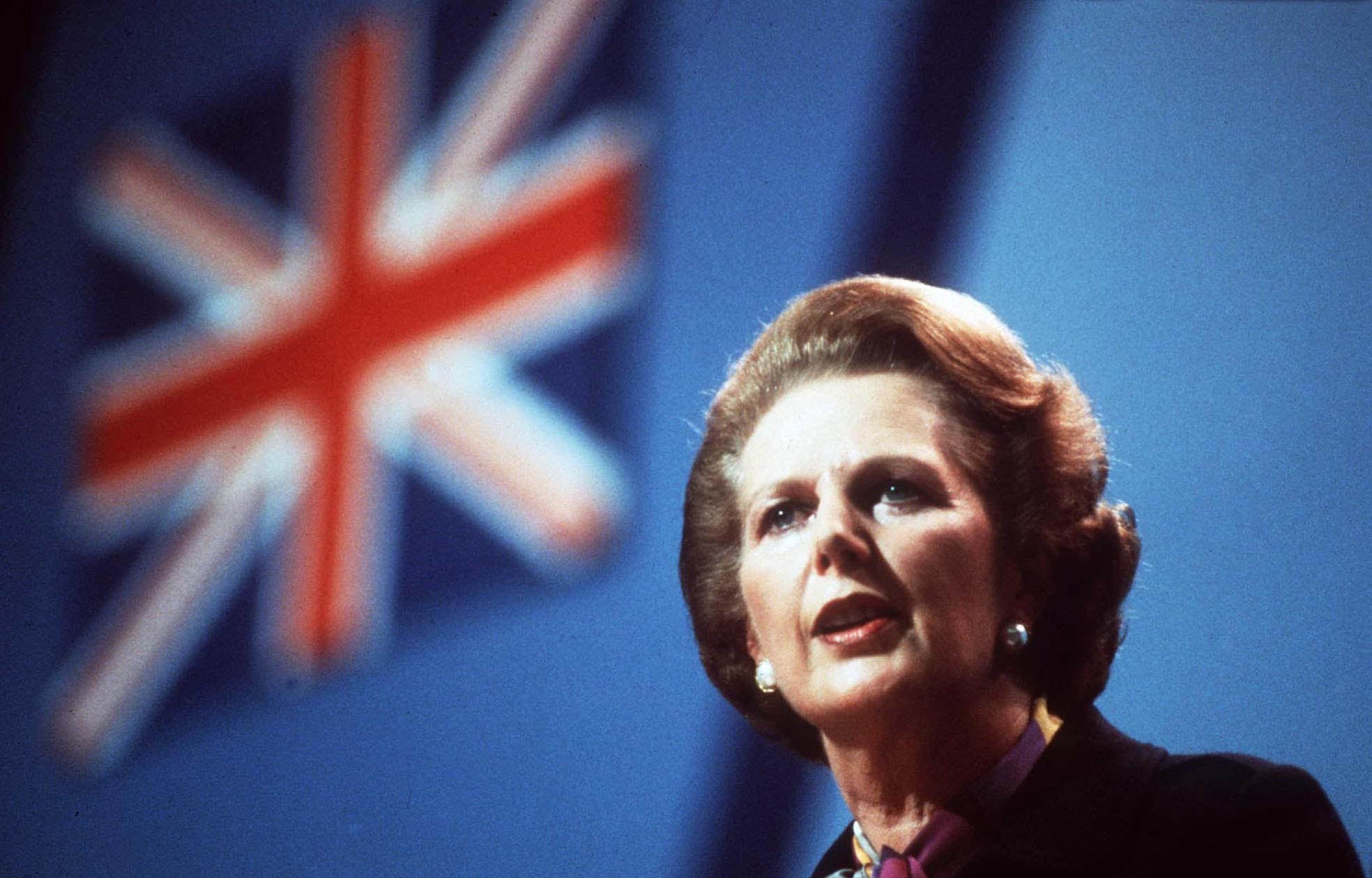 It’s impossible to say now, but it could be that Thatcher belonged to what the Wall Street Journal‘s Melinda Beck referred to in 2011 as “The Sleepless Elite,” a small subset of the population — between 1 and 3% — that functions perfectly fine on less than six hours of sleep a night. Investigations conducted by University of California San Francisco researcher Ying-Hui Fu suggest there could be a genetic basis to lower sleep requirements. When a mutated gene called hDEC2, a variation found in the DNA of short sleepers, was replicated in mice, the animals required less sleep overall and needed less rest to recover from bouts of sleep deprivation.

In the sleep deprivation study led by by Van Dongen, mentioned earlier, test participants who were subjected to consecutive nights of decreased sleep were asked to rate their subjective feelings of sleepiness. Their self-assessments were terrible. While increases in self-rated sleepiness were observed, they were small. After two weeks of sleep deprivation, most volunteers believed themselves to be functioning relatively normally, even though their cognitive and physiological abilities were comparable to those of subjects who had gone days without sleeping whatsoever.

Further reading: Sleeping Like Superman: Can I Survive For A Month Sleeping Two Hours A Day?