Why Is It So Impossible To Get Out Of Bed In The Morning? 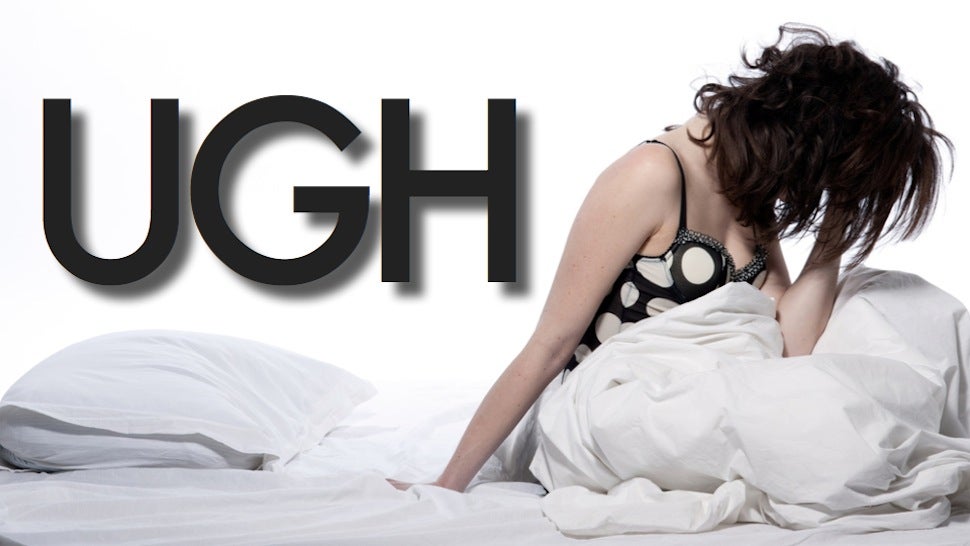 Is it just laziness, or does the daily struggle to rouse yourself stem from something more serious?

So you had some trouble getting out of bed today. Maybe you spent yesterday moving furniture into your new top-floor apartment, and your body really needed an extra hour's rest. Or perhaps you chose the warmth of your comforter over the nippy morning air slipping through your bedroom window. Or maybe you just couldn't get to sleep last night, your head too filled with important thoughts about the sartorial and/or existential ramifications of a viral video about pantsuits to bother with something as trivial as rest.

With the exception maybe of falling into YouTube's pantsuit nexus, all of the above are entirely "normal" explanations for a touch of morning sluggishness. More importantly, they are all easily pinpointed; when you can single out why you're feeling lackadaisical, fixing the problem is relatively straightforward. But for many of us, identifying the root of our a.m. lassitude is more complicated than that.

"The difficulties [we have] waking up in the morning could be the result of many causes," writes sleep specialist Dennis Rosen over at Psychology Today. Here are just a few:

Adding to the confusion, Rosen explains, is that these factors are often experienced not just in isolation, but in combination with one another. In fact, the more we learn about the various symptoms of sleep and wake disorders, the more we find them to be interconnected.

Consider, for example, the growing number of related and increasingly recognised circadian rhythm sleep syndromes (including Delayed Sleep Phase Disorder and Advanced Sleep Phase Disorder, aka DSPD and ASPD, respectively), which syndromes are thought to arise in people with biological rhythms that are out of time with the tempo of modern society. These disorders originate at the cellular level, have been linked to serious metabolic dysfunction and are thought to have a hand in the elevated incidence of other disorders like heart disease and diabetes — the latter of which has been linked repeatedly to an increased risk of sleep apnea, an incredibly common (and underdiagnosed) sleeping disorder.

All this is to say that the trouble you face in getting up every day may be rooted in something more complicated than your decision to stay up late on a Netflix-binge-to-end-all-Netflix-binges. Does this mean you shouldn't consider rebooting your sleep cycle, or try other tricks to improve the quality of your sleep? Of course not. But it is a reminder that sleep is incredibly complex; as Rosen recommends, it might behoove you to seek out a sleep center accredited by the American Academy of Sleep Medicine (AASM).

Scientists, after all, still aren't clear on why we sleep in the first place (William Dement, a pioneer in the field of sleep research and founder of Stanford University's Sleep Research Center, is famous for saying that, as far as he knows, "the only reason we need to sleep that is really, really solid is because we get sleepy"), so don't feel defeated if you can't figure out your sleep/wake issues on your own.