Why Do We Hate Seeing Photos Of Ourselves? 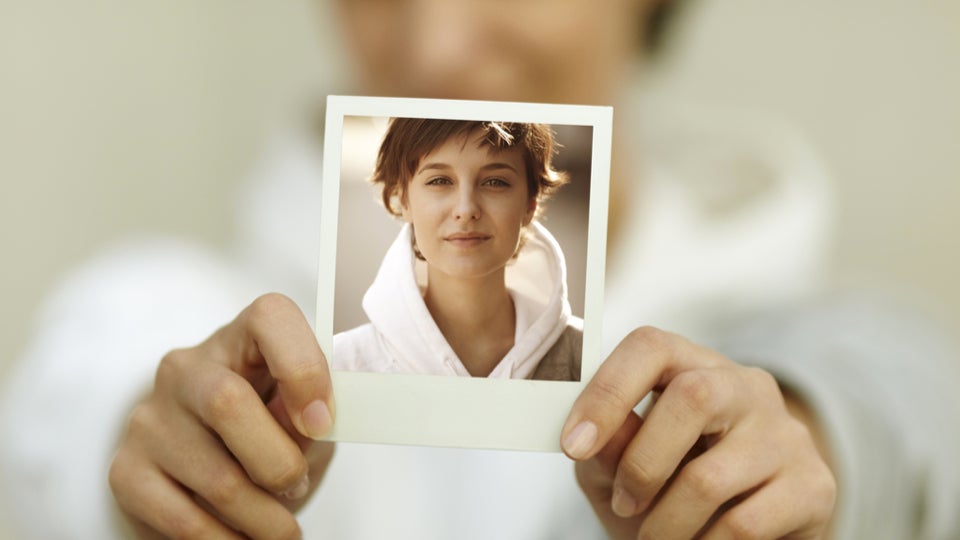 There you are, clicking through your friend's Facebook album, when suddenly you happen upon a picture of yourself — or rather, a slightly less attractive version of yourself. The "real" you appears to have been abducted, replaced with some second-rate knock off. What gives? you ask yourself. Is that really what I look like?

Yes. Yes it is. But don't worry, there's a perfectly sound explanation for why the person staring back at you looks so very unfamiliar, even though that person is, well, you. And by the way: that funny-looking, ersatz-you in the photograph? They're actually more attractive than you think.

It's mirrors, by the way. The answer to why you hate seeing photos of yourself? It's mirrors. I'm telling you this because it is perhaps the least interesting part of the explanation for why you think the you that exists in photographs is so weird-looking. Some of you have probably even heard this explanation given before; in this TED talk, for example, photographer Duncan David explains how "perception, mirrors and the uncanny valley make us hate photos of ourselves." We've posted the video below, but here are the meat and potatoes:

How do we perceive ourselves? What is the map that we use to view ourselves? Well, it's like what no other camera sees: it's a mirror, in your bathroom, at arm's length. That's a very personal view; you're the only person that has this view in the world. Whenever somebody takes a photo of you it does not match [your personal, mirror view].

So my theory — though I'm not a scientist, I'm just a photographer — is that when we see a photograph of ourselves, it looks almost right but not quite, and so therefore we feel a big sense of rejection. Is the theory right or not? We'll see. Maybe somebody will test it.

Well, it turns out somebody did test it, all the way back in 1977. In a study titled "Reversed Facial Images and the Mere-Exposure Hypothesis," psychologists Theodore H. Mita, Marshall Dermer and Jeffrey Knight demonstrate that "individuals will prefer a facial photograph that corresponds to their mirror image rather than to their true image." But what's really interesting about the study is its exploration of why we find our mirror images more appealing. As the title of the study suggests, it relates to something called the mere-exposure effect.

The mere-exposure effect was first proposed in the '60s by Stanford psychologist Robert Zajonc. In its simplest terms, the mere-exposure effect is a psychological phenomenon whereby a person develops a preference for a stimulus based solely on his or her repeated exposure to (and subsequent familiarity with) it. The effect has been demonstrated with an array of stimuli (words, paintings, sounds) and across cultures. It's even been observed in other species.

So when someone says that the reason we hate seeing photos of ourselves is mirrors, understand that what they should be blaming is the mere-exposure effect. Of course, the great thing about the mere-exposure effect is that it's dependent upon individual experience — and that's something you should take comfort in the next time you're lamenting over your slightly-off appearance in a photograph.

The truth is, if photograph-you looked like mirror-image you, everyone else would think you look bizarre. Remember the researchers who showed a person is more likely to prefer a facial photograph that corresponds to their mirror image, rather than their true image? They also demonstrated that the opposite was true when the images were shown to the person's friends. In other words: don't even worry about it. Photograph-you looks great.

...But still probably not as great as he or she thinks.