What You Need To Know About Listeria, The Biggest Foodborne Threat To Pregnancy 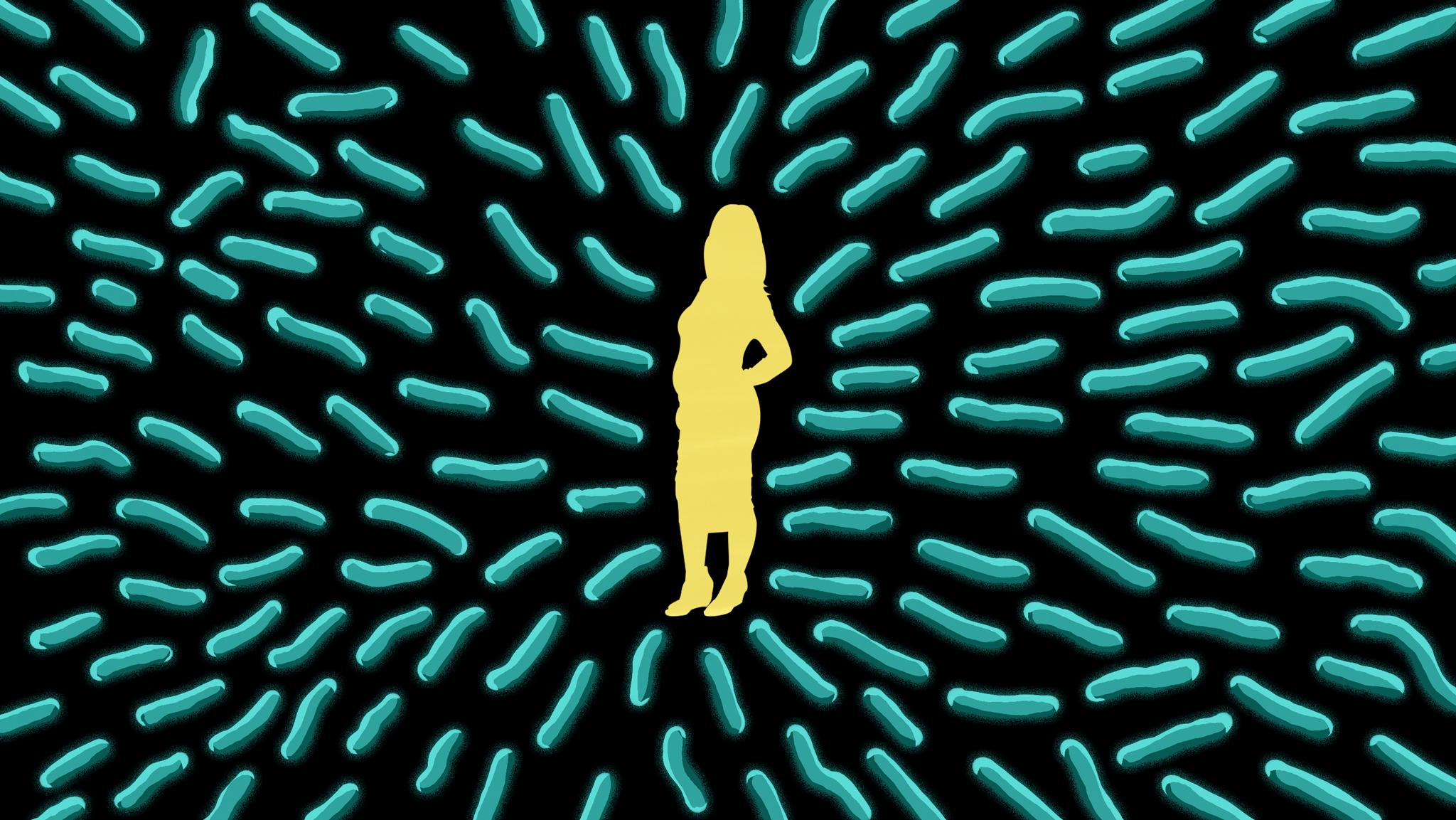 Listeria is in Starbucks sandwiches in the US now. But that's not all: recalls due to the foetus-threatening microbe have included — in just the last 60 days — salmon, cantaloupes and two brands of cheese. How do you avoid something that shows up in such random places? Illustration by Sam Woolley.

Listeria Is Rare, But It Can Kill Your Baby

While food poisoning is never fun, this particular type of food poisoning, caused by the bacterium Listeria monocytogenes, is especially awful if you're pregnant. About a quarter of Listeria infections in pregnant people end in miscarriage, stillbirth or death of the newborn.

The only bright spot here is that Listeria infection is rare. It causes 1600 illnesses and 260 deaths in the US each year, which is not a lot, and there is an average of 60 reported cases in Australia per year. But if you do become infected, and don't seek help right away, the odds are against you. Whenever there's a Listeria outbreak, 27 per cent of the affected people are pregnant women. The others are most often people with weakened immune systems: either elderly or living with some other condition, like AIDS or cancer, that means their body isn't able to fight off the germ.

Symptoms of the infection, called listeriosis, are fever, vomiting and (if it infects the brain) stiff neck and confusion. If you experience any of this when you're pregnant, even if you think it might be something less serious, like the flu, seek medical care right away for testing and treatment with antibiotics.

Listeria is widespread in the world around us: it's found in water, dirt and naturally in the intestines of people and animals. And the tricky thing about Listeria in food is that is that unlike many other kinds of bacteria, it can grow at refrigerator temperature. E. coli, for example, won't grow all over your turkey slices while they sit in the fridge. But Listeria will.

That said, although Listeria is the queen of the refrigerator, it's easily killed by heat. If you've cooked your food to temperatures that will kill E. coli or Salmonella (the more common bugs in meat and poultry), any Listeria tagging along would be long gone.

Listeria Can Turn Up Almost Anywhere

If we only had to watch out for about lunch meat and raw milk cheese, this would be a manageable problem. But lately Listeria has been turning up in many, many more places.

Here's where major Listeria outbreaks in the US have come from in the last five years:

Recent Australian outbreaks have also been linked to cheese and chicken wraps.

Ben Chapman, a food safety expert at North Carolina State University, says Listeria isn't necessarily present in more places than it used to be, just that we're getting better at looking for it. With the Starbucks sandwiches, for example, the factory found Listeria on some surfaces and issued the recall. Nobody got sick. Still, there are plenty of outbreaks of actual illness, including the ones in the list above.

Deli Meat and Soft Cheese Aren't Automatically Off Limits, Though

The standard advice for pregnant women is to avoid any of the following unless they're piping hot:

There are other things people are told to avoid in pregnancy, but these are the rules specifically related to Listeria.

But here we have a bit of good news: it's still possible to enjoy these foods. Deli meat, for example, can be reheated to destroy Listeria. Chapman says when his wife was pregnant he would order her a toasted ham and cheese sub, then microwave it at home for good measure, and check the temperature with a thermometer in multiple spots in the sandwich.

Even if you're not that obsessive, you can still microwave your deli meat until it's steaming. Lunchmeat is also less likely to carry Listeria now than it was a few decades ago: manufacturers now mix in lactic acid to slow bacterial growth.

Soft cheeses are also OK if they're made with pasteurised milk, which they pretty much all are, by law. So you don't have to give up brie after all. Aged (hard) cheeses aren't required to use pasteurised milk, but they may be able to harbour Listeria too, so if you're being extra cautious, look for pasteurised milk on the ingredients label even for hard cheese. Be aware that Australia recently lifted the ban on making some cheeses with raw milk, so it will pay to be extra vigilant.

Beware of homemade or small-batch soft cheeses, though. Several outbreaks of Listeria infections have been traced to these, enough that in the US Latina women are at higher risk just because they're more likely to eat fresh, handmade raw milk queso fresco. Chapman recommends asking small-scale food producers about their Listeria management plan. If they don't know what you're talking about, don't eat their cheese.

There's Not Much You Can Do Besides Cook Everything

"What can someone do? Not a whole heck of a lot," Chapman said. I was really hoping he could give me a new set of rules that would make avoiding Listeria easy. No such luck. He says the standard advice about lunchmeat and cheese still applies, as above, and that in addition you should avoid food that you suspect isn't made in the strictest and cleanest possible way.

Before their recalls, though, we probably would have expected food from big companies to be safe. Companies clean up after a recall and try to win back your trust, but we understand if you're still suspicious.

While you can't fix what's happening on a factory floor, you can take a few steps to make your kitchen a less welcoming place for Listeria. None of this is a complete solution, but every little bit helps:

That's about it. The risk of Listeria will be out there no matter what you do. Fortunately, it's a small risk: roughly 500 pregnant women get listeriosis in the US each year, out of about 4 million. How much should you worry? That's really up to you.

The last time I was pregnant, there was a Listeria outbreak linked to my favourite brand of hummus. They said it was just certain batches, but I didn't eat hummus for the entire nine months. I also said no to bagged salads (and salad bars), and deli meat unless it was on a piping hot sandwich. That's in addition to forgoing alcohol and contact sports. Thank you, Listeria, for making pregnancy even more of a time of deprivation.

Ultimately you have to set your own rules. You can't predict where Listeria will show up next, and I'm not going to pretend I have a surefire way of avoiding the next outbreak. Your best bet is to eliminate the risks you can (like sketchy cheese), and try not to freak out about what's out of your hands.