I have tried and failed to get into photography several times in my life. I like the idea of taking beautiful photos, but all the rules, settings and tricks seemed impenetrable. Within the last year, some of those basics finally clicked in my head, and I "got" it. Here's what did it for me, so you don't have to search for them yourself.

Let's just run through my photography failures, just for some context. In high school and early college, I wanted to be a concert photographer. I spent tons of money developing poorly-shot 35mm film from a cheap SLR camera. No matter what I tried, I couldn't get the hang of it. The combination of shooting crappy punk rock shows and waiting to get the film developed made it hard to learn how to use my camera properly. I tried again in college with a bulky mid-2000s compact, but the awkward size combined with my own lack of direction meant the camera spent most of its life on a shelf. Photography is hard, and nothing about it clicked, as it were.

Eventually, smartphones came along. They reinvigorated my desire to learn how to use a camera properly, and I recently found a camera that both suits my needs and that I'll actually carry around with me, the Sony RX100. As a bonus, I've also learned how to use the damn thing. A lot of different factors fell into place for this whole thing to stick, and I'm now able to enjoy it as a hobby. If you're interested in photography too, don't be me — start with these suggestions. 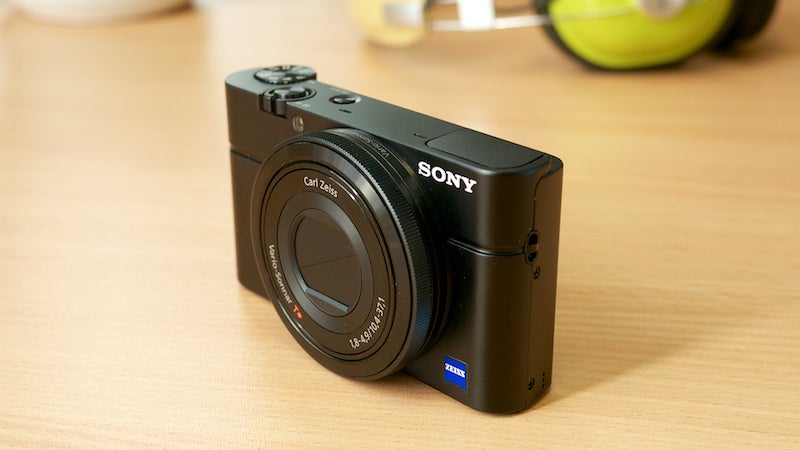 I'm certainly not a gearhead, but that doesn't mean I don't do my due diligence when it comes to big purchases. This is problematic with photography, because I feel like a lot of professional photographers love saying things like, "sure, you can get that point-and-shoot but you should learn how to shoot with an SLR." Sure, I want to take great photos. I want to have professional grade equipment, because if it's good enough for them, it will be great investment for me as a beginner and hopefully as a budding pro too, right? For whatever reason, people like to make any camera that's not a DSLR sound inadequate, sometimes even useless.

Hearing all this was a bummer, because I have no desire to carry around a gigantic camera everywhere just so I can take pictures of stupid signs and cool things I see in nature. Luckily, I learned that just as you don't need a guitar amp at home loud enough to play a club (because that is a situation I will never find myself in,) I also don't need an SLR. When I finally accepted this fact and swallowed my geek pride, I was able to move on.

After some research, I discovered Sony's RX100 line of point and shoot cameras. They take great photos, have lots of manual settings, and fit in my pocket. In the last few months I've taken more pictures with this camera than I have any other camera I've owned (except my smartphone.) Why? Because it's the type of camera that suits my needs, and the best tool is the one you'll actually use. You may not like the idea of looking like an amateur when you're surrounded by people with fancy cameras, but it doesn't matter. Think about whether you need that high end gear, or if you just think you do because that's what review sites and enthusiasts recommend.

Watch YouTube Guides for Your Camera, They're Incredibly Helpful

Once you do find the camera that suits your needs, you have to learn how to use it. Here's the bad news: your camera's manual sucks. Good news though: YouTube exists, and it's helpful.

Provided you don't own the most obscure camera possible, there's a good chance you'll find dozens of tutorials, reviews, and tips for using your camera on YouTube. Watch them all. You'll not only learn how to use your camera and what every button, dial, and feature actually does, you'll also learn some of its quirks and problems. You'll even see how to work through those problems, and how to tweak your camera settings to work better for you and the pictures you want to take, whether it's low-light club photos or macro-lensed nature photography.

Tips and tutorials have obvious advantages, but reviews are more useful than you'd think too, even after you've purchased your camera. Reviews will usually point to a camera's flaws, which can help you figure out which features work best, and which are pretty useless. They also tend to work as a quick demonstration of your camera's basic functions, which cuts down on the learning curve. This was especially handy for me, since Sony's user interface is awful.

Find the Right Photography Guide for You

Read any photography tutorial and you'll get blasted with numbers, bizarre acronyms, and industry buzzwords that make no sense. This is one of the main reasons that photography is such a dense hobby to get into. F-stops. Megapixels. Sensor size. Photography nerds love to throw terminology in your face from the get-go. Most of this is completely useless for beginners.

Perhaps I'm just a visual learner, but nothing I'd read about the various settings on a camera really stuck in my brain. I came across two guides that finally helped. Our friends over at Gizmodo made a video that demonstrates what each setting on a camera's dial does, and that was one of the first to really sink in. After watching it, I finally understood how each setting worked and why (or when) I'd actually use it. It also showed me that manual mode was usually unnecessary for someone like me. Shutter priority and aperture priority do the trick most of the time, while program auto does the rest. For some reason, I'd always assumed it was shameful to use anything except manual, and that's not the case, no matter what a self-enshrined photo pro will tell you.

Speaking of shutter and aperture, this graphic explaining ISO, aperture, and shutter speed also helped me a lot. I used to obsess over the specifics of a number — say, when exactly I'd use f/5.6 over f/8 — but I've learned it's not the specifics that matter, it's understanding each setting conceptually. The higher the f-stop number, the more in focus the entire scene is. That's all I (and you) need to remember.

There are hundreds of guides, tutorials, and graphics are out there (including our own extensive guide). What worked for me won't necessarily work for you, but spend some time looking to find the one that does, and don't force yourself to suffer through a guide that doesn't. Eventually it will all sink in and you'll be on your way to better photos. 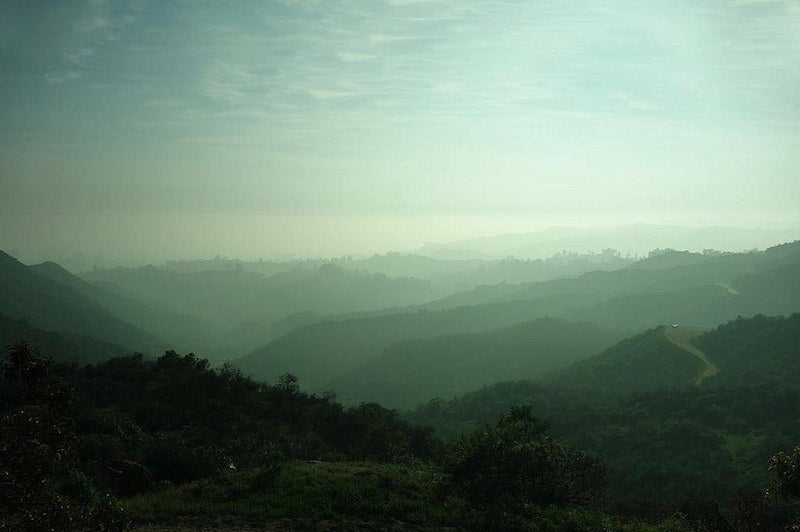 Thinking that you want "to get good at photography" is as meaningless as saying you "want to learn to play guitar." Most of us don't actually want to just learn to play the guitar, we want to learn the mechanics to play in a specific style. Photography is the same thing.

Some people are satisfied with being able to use their cameras well, take some vacation pictures, toss in some family portraits, and call it a day. That is not me. It's cool that people can take technically great photos. But to me, learning to take technically great photos of everyday things is like trying to learn some blazing fast Yngwie Malmsteen guitar solo. It doesn't serve any purpose to me and doesn't hold my interest. For me, it's about finding a niche I'm comfortable in and emulating that. Which is to say, I'd rather just learn the three chords of some Green Day song and call it a day.

For me, that niche is, for lack of a not-stupid term, "adventure photos." I've found inspiration from sites like the Radavist or even, somewhat embarrassingly, Red Bull. Just people doing stuff in cool places. This has always been a "fun to photograph thing," but once I started digging deeper, I found tons of photos I drew inspiration from and places I wanted to visit. Settling on a style, even haphazardly, has helped me focus and learn more.

Once you have a style that inspires you, you need people who inspire you. There are all kinds of ways to find other photographers, practice your skills, and experiment with your camera. For a challenge seek out Facebook groups and web sites have daily or weekly photo challenges to give you new ideas. Social networks like 500px, Flickr, and Instagram make it easy to discover photographers that inspire you. Find a photo you like, try to reverse engineer its composition and technical details, and then try to snap a similar picture. You'll learn a ton about your camera and all about composition in one shot.

Like many things, photography is only as intimidating as you allow it to be. I let it get too far too overwhelming when I let the technical details take over, but eventually I came around. Once I acknowledged I was overthinking it, I've learned to just have fun with it, which is what really helped those beginner's skills sink in.