Ravenclawwit is running Windows 10, if you couldn’t tell from the screenshot, so everything here works in even the most recent version of Windows. The best thing about that dock launcher in the upper left? Each shortcut pops out with icons you can choose from to get quick access to your most commonly used programs. But we’re getting ahead of ourselves — here’s what you’ll need to make this desktop yours:

That’s all there is to this one. All of the pieces fit really nicely together, and I really like the finished product. You can see what that pop-out launcher looks like in action in the screenshot below. If you like what you see, head over to ravenclawwit’s kinja blog (linked below) and share your thoughts. 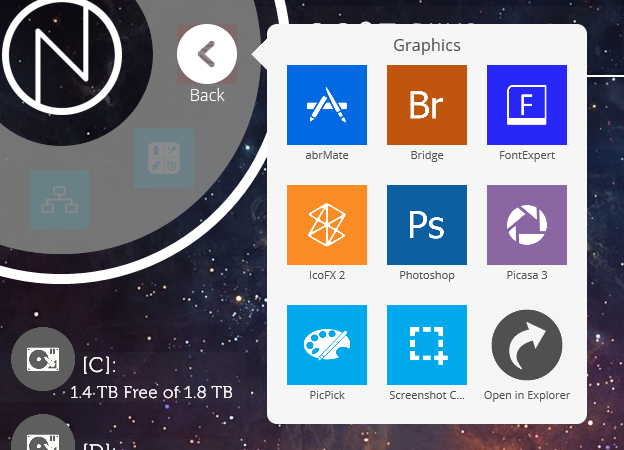