How To Disagree With Your Boss (Without Getting Fired) 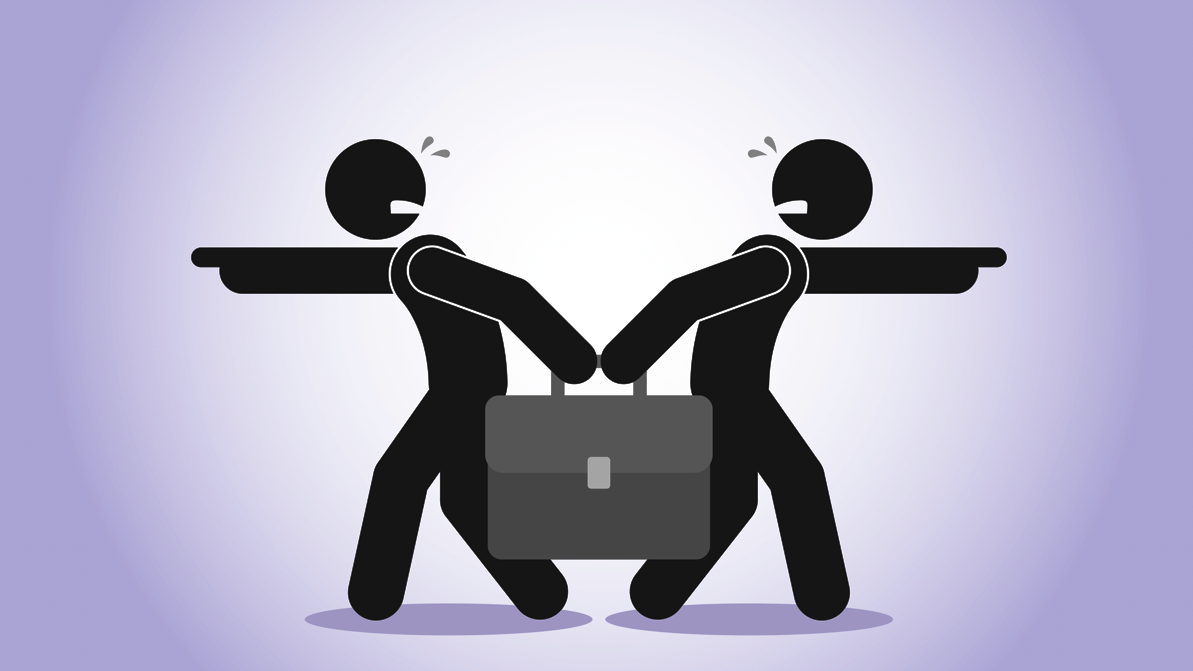 Let's face it — openly disagreeing with someone in a way that's constructive and non-condescending can be tough. But, when that someone is your boss? Things suddenly get a whole lot trickier. This post originally appeared on The Muse.

You're not quite seeing eye-to-eye with your supervisor on something, and you feel strongly enough about your opinion that you need to speak your mind and voice your concerns. However, ideally you'd like to do that in a way that doesn't make you look like a prideful know-it-all who's challenging his or her authority — resulting in you being shown the door and booted off the team.

Sounds like a true conundrum, doesn't it? I won't deny it, disagreeing with someone — particularly a person who ranks above you in the office hierarchy — can require some careful consideration and serious tact. But, it's not impossible! Here's what you need to know to oppose your boss, without losing your job.

1. Carefully Consider the Time and Place

Sometimes it's not only about what you say — it's about when and where you say it. So, this is something you need to put some serious thought into before launching into this kind of conversation.

Are you in a team meeting where everyone is sharing suggestions and ideas with your manager? That could be a perfect opportunity to speak up, without it seeming aggressive, condescending or accusatory. Would your boss feel embarrassed or ganged up on if you voiced your opinion in a large group setting? Then you're better off setting up a separate, one-on-one meeting to talk it out.

When and where you choose to share your opinion might seem like a minor consideration. But, it can really make a world of difference in how your supervisor reacts to your disagreement.

I'm usually not one for padding blows and sugarcoating things — I tend to be direct. But, when it comes to approaching someone of authority who may not necessarily appreciate your blunt nature, you need to tread carefully.

This is exactly why it's important to start off your opposition by clearly pointing out something positive. Perhaps it's a portion of the idea that you really liked or a piece of the process that's already working quite well.

Whatever you can think of — segueing into your disagreement with a compliment always helps. Sure, it can seem a little brown-nosery. But, it's way better than storming into your boss' office, waving your finger and yelling, "This is the worst idea I've ever heard!" Believe me, that won't end well for you.

Your manager is the one in charge — so he or she likely won't respond too well if you act like you're the one who should be doling out criticisms and instructions. How do you get around this? Asking questions of your boss is a great way to make it clear that you're aiming to foster a collaborative discussion, rather than storming in and firing off demands.

For example, you could say something like, "I really like your idea of holding weekly team meetings for everyone to get on the same page. However, I think having these on Wednesdays instead of Mondays would be better. What do you think?"

This explicitly invites your supervisor to share his or her thoughts or feelings with you, too — meaning the conversation isn't aggressive or one-sided. Questions are crucial for making your opinion more of a suggestion or request, rather than a strict mandate. And, while it might seem sort of spineless, that approach is effective when dealing with someone who ranks above you.

Any good boss will care more about the success of the company than his or her own ego. Yes, unfortunately, there are managers out there who don't subscribe to that exact philosophy. But, I'll keep my fingers crossed that yours does.

So, if you can adequately outline the positive results of your opinion or idea, you're one step closer to getting your supervisor on your side. Let's use our team meeting example from above to really drive the point home. We'll use those exact same sentences, but just add a little something to it.

"I really like your idea of holding weekly team meetings for everyone to get on the same page. However, I think having these on Wednesdays instead of Mondays would be better, as it gives everyone a chance to get caught up from the weekend — meaning our meeting will be that much more productive. What do you think?"

See how much more powerful that is? It illustrates that you're simply trying to suggest a positive change for your office and co-workers — not attack your boss' authority and intelligence.

In the end, your boss has the final say. If he or she considers your opinion, only to rule against it and carry on with the plan you disagreed with? Well, you need to respect that.

I know, it's easy to feel like you should stick to your guns and repeatedly insist that your idea is the way to go. But, that "my way or the highway" attitude won't do you any favours. In fact, it's a surefire way to be shown the door. So, even if things don't go your way in the long run, you need to know when it's time to respect your manager's decision, let it go and move on.

Feeling the need to speak up and disagree with your boss is enough to induce immediate panic. However, it doesn't need to be as bold and brazen as you think it does. Use these tips, and you're sure to present your opinion in a way that's both courteous and convincing — and doesn't end with you losing your job.

How to Disagree With Your Boss (Without Getting Fired) [The Muse]