Habit Graduation: How To Increase Your 'Average Speed' 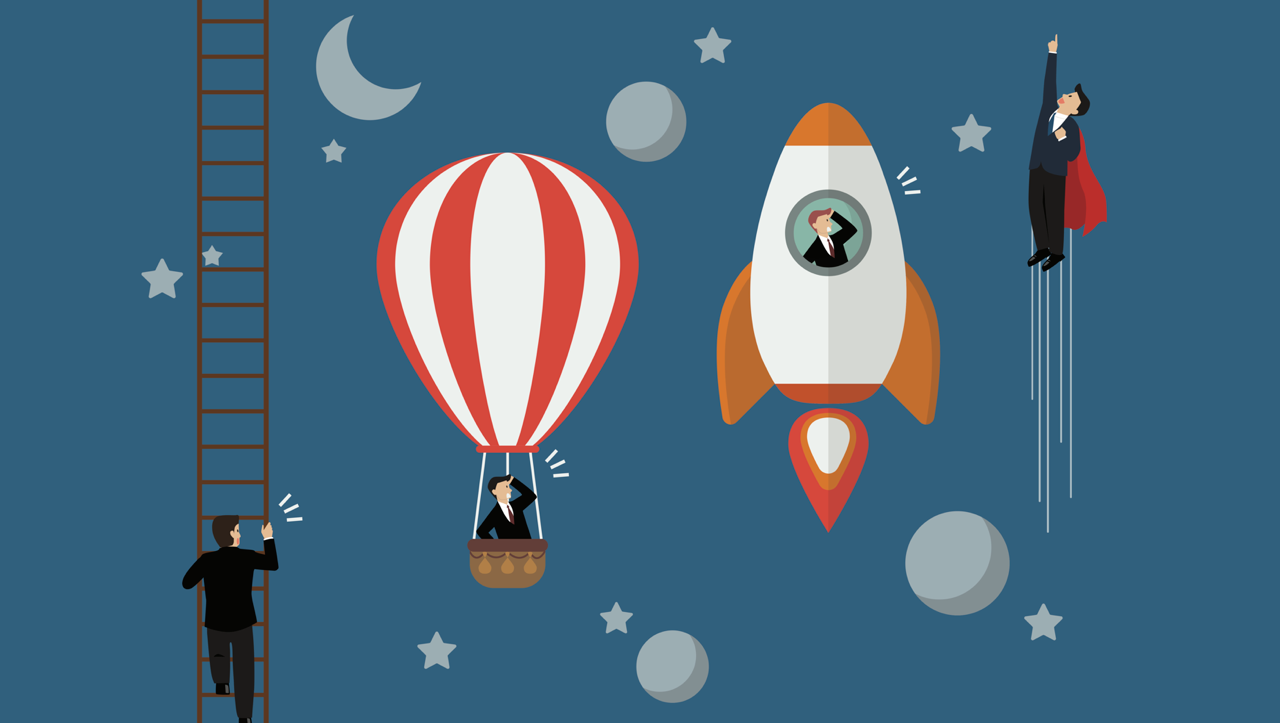 I have a friend named Nathan Barry who recently finished writing three books in just nine months. How did he do it? By following a simple strategy. He wrote 1000 words per day. (That's about two to three pages.) And he did it every day for 253 straight days. It wasn't a sprint; it was his average speed that was key. This post originally appeared on James Clear's blog.

Now, compare that strategy to the classic image of a writer hiding out in a cabin for weeks and writing like a madman to finish their book.

The maniac in the cabin has a high "maximum speed" — maybe 20 or even 30 pages per day. But after a few weeks at that unsustainable pace, either the book is finished or the author is. By comparison, Nathan's maximum speed never reached the peak levels of the crazy writer in the cabin. However, over the course of a year or two his average speed was much higher.

This lesson extends far beyond writing.

For example, anyone can feel a burst of inspiration, head to the gym and push themselves for a single workout. That's maximum speed. We waste a lot of time obsessing over it. How hard was your workout? How motivated are you? How fast are you pushing it?

But what if you were to average all of your days in the last month? How many of those days included a workout? How about the last three months? Or the last year? What has your average speed been?

Look at it this way and you might realise, for example, that you were sick for a week and there were a couple times when you skipped the gym after a long day of work and you were on the road for two weeks as well. Suddenly, you realise that your maximum speed might be high every now and then, but your average speed is much lower than you think.

From what I can tell, this principle holds true for your work habits, your eating habits, your relationship habits and virtually every other area of your life.

The Surprising Thing About Average Speed

So often we waste our time and energy thinking that we need a monumental effort to achieve anything significant. We tell ourselves that we need to get amped up on motivation and desire. We think that we need to work harder than everyone else.

But when you look at people who are really making progress, you see something different. Nathan wrote 1000 words per day, every day. And nine months later? Three books are finished. At no point did he necessarily work harder than everyone else. There's nothing sexy or shocking about writing two or three pages per day. Nathan was simply more consistent than everyone else and, as a result, his average speed for those 253 days was much higher than most people.

Of course, the natural question that follows from all of this is, "How do I increase my average speed?"

Let's talk about that now.

Use Habit Graduation to Increase Your Average Speed

Recently, I was told about the idea of "habit graduation". That is, graduating from your current habit to one level higher. Basically, habit graduation is about increasing your average speed.

Here are some examples:

You get the idea. Habit graduation is about considering your goals and your current average speed, and thinking about how you can increase your output by just a little bit on a consistent basis.

I've thought about how I might apply this myself. For the last eight months, I've published a new article every Monday and every Thursday without fail. (Click here to see them all.) Now, I'm considering "graduating" that habit to the next level.

For example, I could follow Nathan's strategy and write 1000 words per day. Presumably, this would allow me to continue writing two articles each week while also working on other useful things — like a book of my own.

Where to Go From Here

We all have an average speed when it comes to our habits. And if we're being honest with ourselves, that average speed might be much slower than we'd like.

The truth is, anyone can get motivated and push themselves for one day, but very few people maintain a consistent effort every week without fail.

In your health, your work and your life, it doesn't require a massive effort to achieve incredible results — just a consistent one. It's time to graduate to the next level. What's your average speed?

What is Your "Average Speed" in Your Life, Your Health, and Your Work? [James Clear]