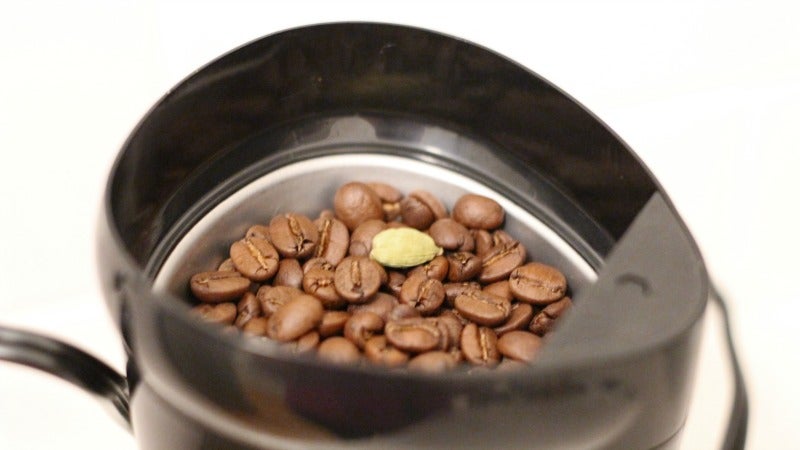 Sugar and syrups are a pretty standard way to add flavour to your coffee, but if you're looking to add complexity without upping the sweetness, take a gander at your spice rack.

One of my least favourite habits is my tendency to buy a bottle of spices, use them once and then let them sit on a shelf until they lose their potency. Luckily, one of my favourite habits can help with this problem, as those "extra" spices are just begging to be brewed with coffee.

The process is super easy and requires no extra work on your part. (Which is great, because no one wants extra work in the morning.) Instead of grinding the spices and sprinkling them over your cup of caffeine, just grind them along with the beans and brew as usual. To find out which spices, seasonings and flowers (yes, flowers!) would be good candidates, I raided my own semi-neglected spice rack and experimented. 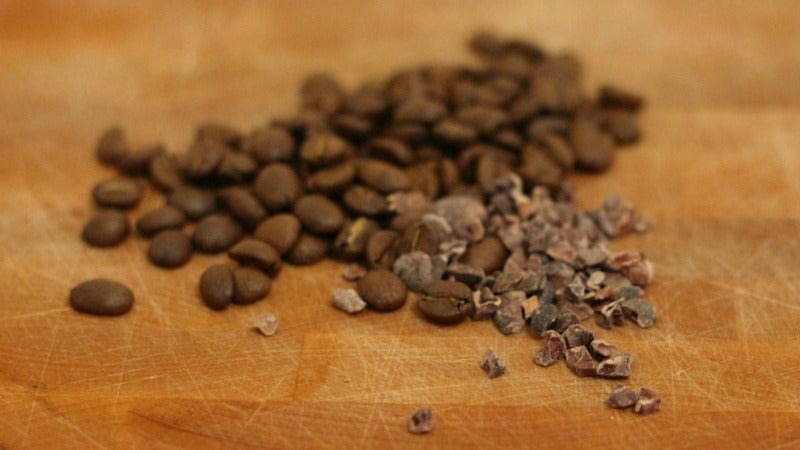 Cocoa nibs are what chocolate exists as before it's processed into the sweet, rich bars you're used to chomping on. These dried, fermented bits of bean are crunchy with a slight chew and taste like a nuttier, less creamy version of a piece of dark chocolate. They're delicious on top of ice cream or alongside red meats, but I absolutely love them in my coffee.

To get cocoa-y goodness in your morning brew, throw ½ of a teaspoon (for every two cups) of the little guys into your coffee grinder along with your coffee beans. Do your brew (I use an AeroPress) and enjoy. The result is a delicate chocolate flavour that won't overshadow or compete with your coffee; it's almost like a super subtle mocha. 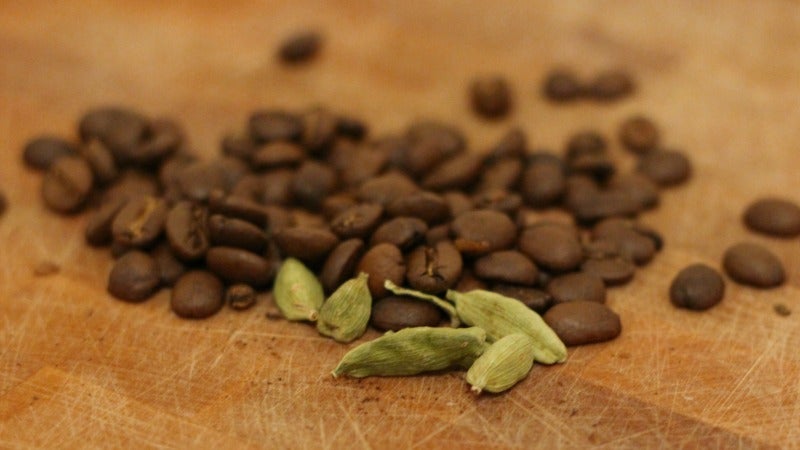 You guys know how I feel about cardamom and coffee. (If you don't, let me clarify: I feel very good about it). The aromatic, unique aroma and flavour of cardamom gives a slightly chai characteristic to a cup of coffee and feels extra warm and nurturing on a cold morning. 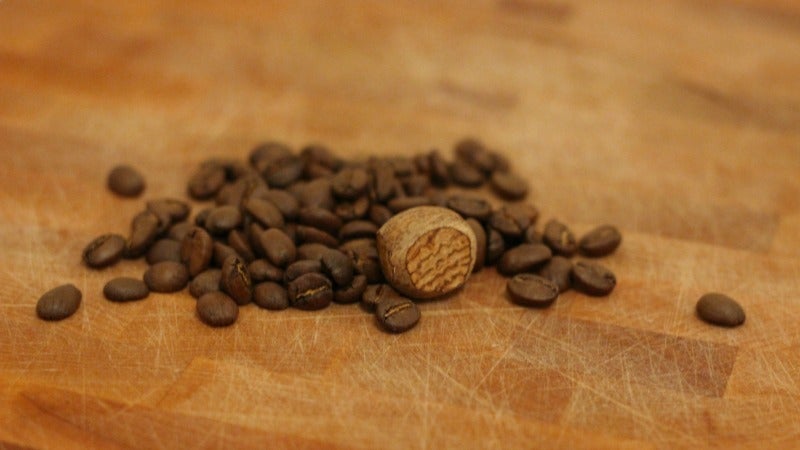 Freshly grated nutmeg adds depth and a touch of earthy sweetness to almost everything it touches and any leftover bits and pieces belong in a cup of coffee. The contribution is mostly by way of smell, which is warm, inviting and just a little sweet.

It's kind of hard for me to tell you how to measure this one out, but I found this little shard to be plenty for my single 220g cup. 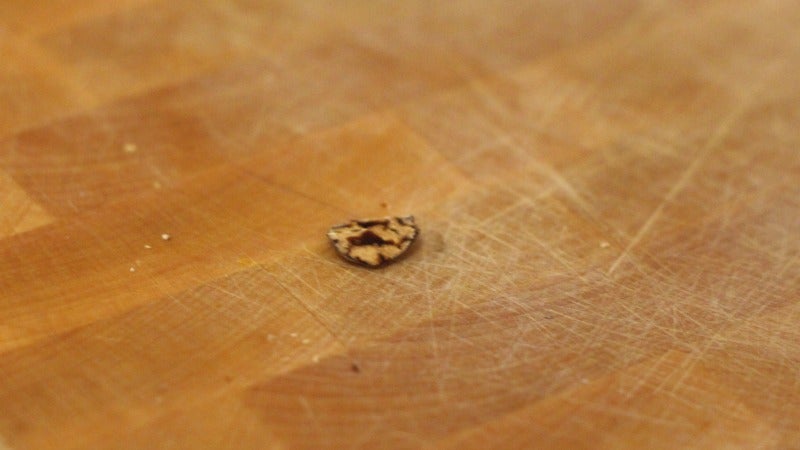 Your enjoyment of this one hinges on your affinity for liquorice-like flavours. Half a pod is plenty for a single cup and the combination of the anise with good beans creates a flavour that is almost sarsaparilla like.

I'm not a huge fan of liquorice, but even I found this to be pretty pleasant and I think it would do particularly well with a cardamom pod or two. 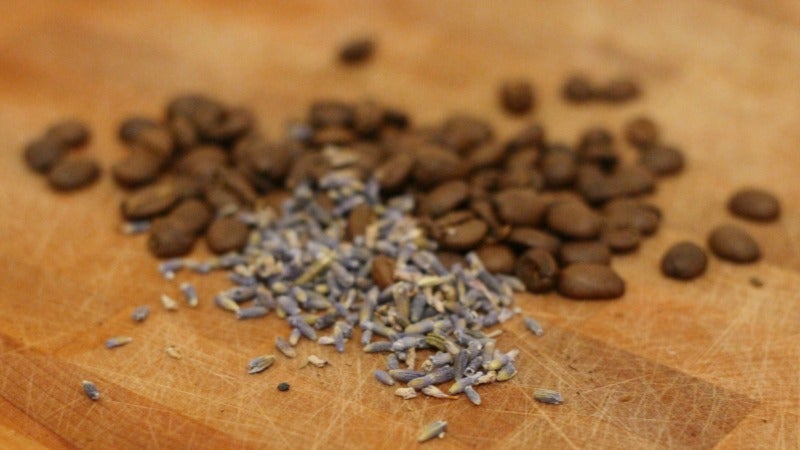 If you want your coffee to change with the seasons, consider giving it a springtime makeover by sprinkling some dried lavender flowers in your grinder. I'll level with you: I wasn't sure this would be such a good idea, but I had a lot of them leftover from the Great Gin Experiment of 2016 and I was curious.

The result was, as you would expect, a pleasantly floral tasting brew. The flavour is awkward in darker coffees, but really nice in bright, citrus brews and would be particularly nice iced. You have to be careful though, add too much and the flavour can turn soapy. I found five small flowers to be plenty for a cup. 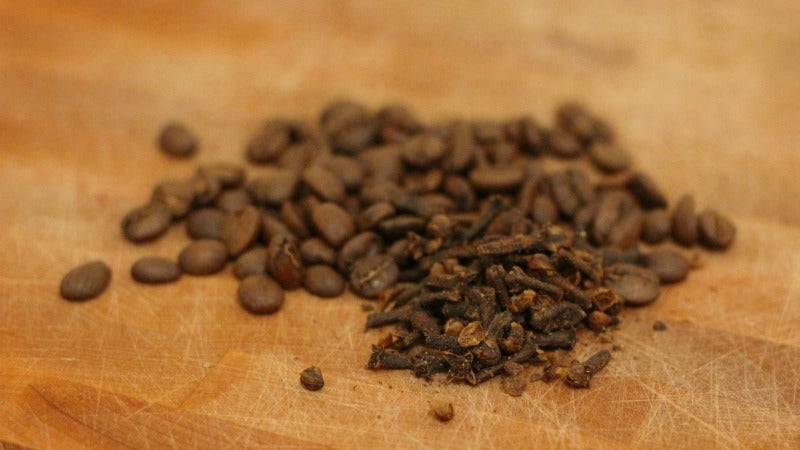 Pretty much everyone has cloves in their cupboard, so they seemed like an obvious choice for this little experiment. This was the only spice that I really didn't enjoy in this application, but that may have had more to do with my own personal history than anything else.

Coffee and cigarettes are a pretty common pairing and that was exactly what this combination reminded me of: clove cigarettes. And because I only smoke clove cigarettes if I'm drinking hard, this tasted like a hangover in a mug, which was unpleasant, if slightly nostalgic.

If you've never had a clove cigarette, you probably have a better choice of enjoying this spicy marriage of coffee and cloves, but they're so potent you could probably get away with a single spike for a whole pot.

Of course don't limit yourself to the above, check out your own spice rack and see what flavorful goodies may be hiding back there. Oh, and don't forget to clean your grinder real well afterwards. I'm a big fan of the bread method.