A New Baker's Guide To Choosing The Right Kind Of Flour 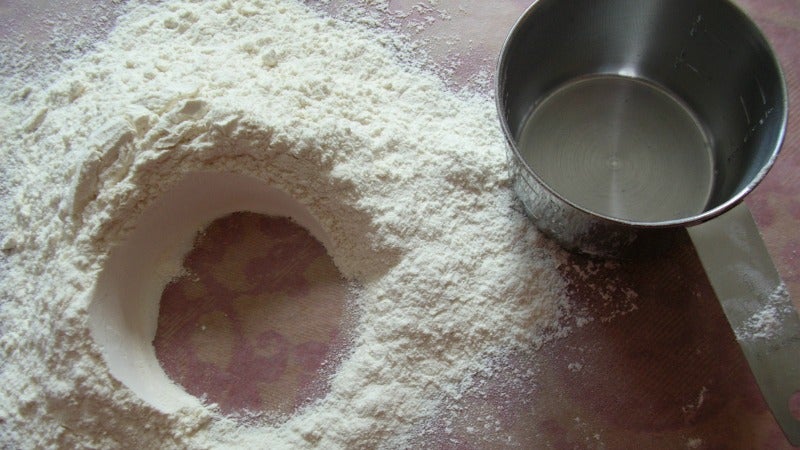 Flour is one of those seemingly simple ingredients that, upon closer inspection, can be downright mystifying. This harmless looking powder has much more going on that you would think, and even though it's in almost every recipe, it can be hard to know which variety to buy for the best pastries, breads and cakes.

There's a fair chance you have a stash of flour in your cupboard, so let's examine this veritable bouquet, starting with the basics. Photos by Crystal, Mike Mozart, Muffinn, Swans Down, and Antimo Caputo. 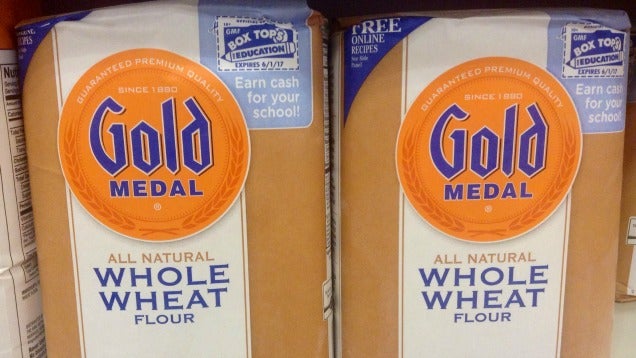 Whether or not flour is classified as "white" has nothing to do with bleaching, despite what you may have heard. Instead, it comes down to which parts of the wheat plant are used. There are three parts of the cereal's fruit that are used to make flour: the endosperm, which provides starch and some protein; the germ, which contributes most of the fat and a bit of protein; and the bran, which is where the fibre lives.

Wholemeal flour (called whole wheat flour in the US) is produced by grinding up the whole fruit, whereas white is made from only the endosperm. Because of this, wholemeal is more nutritious, but it's also much more absorbent, and requires the addition of extra liquid. This makes for a difficult, sticky dough, which can take some getting used to. If you're looking to add fibre and bulk to your baked goods, whole wheat flour is a good option, but start by swapping out 25-30 per cent white flour for wholemeal, rather than going all in. This will let you get used to the change in dough and texture.

Next, let's talk about the multi-purpose all-star: plain flour (all-purpose flour or AP flour to the US). Plain flour is white flour, only contains the endosperm, and can be found bleached and unbleached. Because it lacks the germ (which contributes oils) it's more shelf-stable than whole wheat varieties, and can be kept around for a couple of years. (By the way, to keep your germful, wholemeal flours from going rancid, freeze it.)

Plain flour works well in pretty much every application, and if you only have room for one bag, this should be it. I use plain flour to make most of my breads, cookies and cakes, and I've never had any problems. Sure, other specialty flours might give you a loftier cake or chewier pretzel, but plain flour will get the job done. 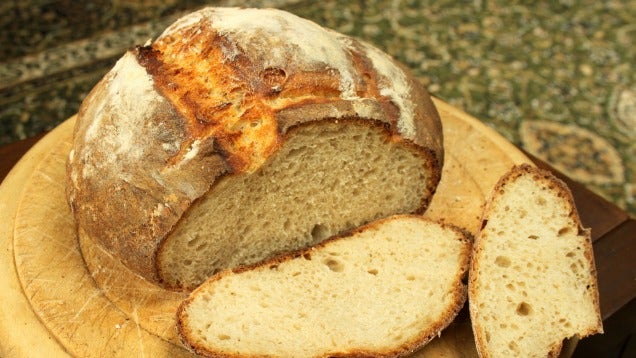 I bet you can guess what bread flour is good for. Yes, it's bread, particularly bread with some chew to it. Bread flour is made with a "hard" wheat, which contains more protein and will therefore produce more gluten when kneaded. Gluten is formed when two proteins, glutenin and gliadin, crosslink and form a stretchy, elastic network that holds everything together. The more protein you have, the more gluten you'll get, and your bread will be much chewier for it.

The factors that make bread flour so great for bread are exactly what make it so terrible for delicate, tender baked goods like crumbly cakes or flakey pastry, so don't use it for those. (Or do, I'm not your mum, just know that your cake will be weird.) 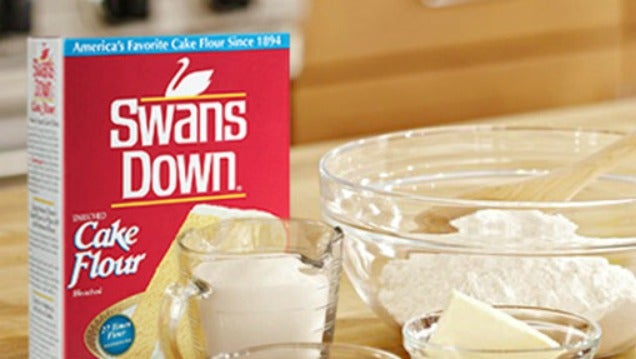 Like bread flour above, the names of these bags of ground wheat pretty much tell you their best applications. The difference is in how it's made. Both are made with a soft (low protein, around 7-8.5 per cent for cake flour and 8.5-9.5 per cent for pastry) wheat flour, but cake flour is usually bleached to damage the proteins, resulting in a more delicate flour. The lack of protein makes this flour one of the weakest, structurally speaking, allowing your cakes to rise high towards the sky.

That said, most of us don't bake enough cakes to justify keeping a box of cake flour around. If that's you, you can use this nifty formula from The Kitchn to make a pretty decent substitute:

Like cake flour, pastry flour's lack of protein makes it kind of flimsy, which is perfect for tender pie crusts and crumbelievable pound cakes.

Almost every baked good needs a leavener, and self-raising flour comes with one already built in. Most commonly called for in biscuit and pancake recipes, this flour also usually contains less protein than plain flour, resulting in a more tender product. I personally don't keep self-raising around — I make biscuits with sifted plain flour and baking powder, and I've never had any complaints, so I find it to be a little redundant.

If a recipe specifically calls for self-raising flour, you can make a pretty decent substitute with this formula from Epicurious: 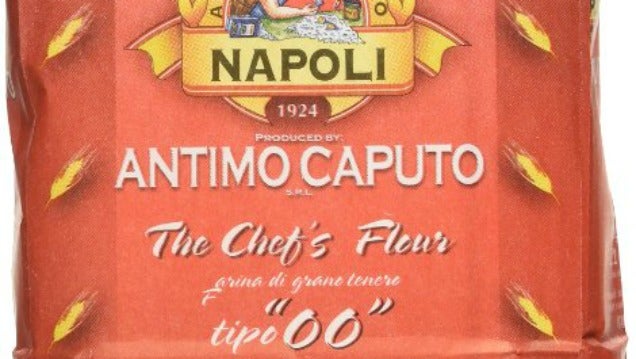 The "00" in 00 flour only refers to how finely ground it is, not which wheats are used of how much protein they contains, and this stuff is fiiiiiiine. The protein in 00 flour can actually vary quite a bit - in the US it usually hovers around 11-12 per cent (about the same as plain flour), and in Australia around 9-9.5 percent. It's delicate nature and tiny particle size is what makes it so great for making pasta, which often needs be rolled super thinly, and can be a (small) challenge with bulkier flours.

That being said, I don't know that 00 flour is a necessity. You can make pasta with plain flour just beautifully, but it is slightly harder to roll out, so it's up to you if the extra cash is worth that bit of ease.

Bleached flours are chemically treated, usually with an organic oxidising agent like benzoyl peroxide,or chlorine, to lighten the colour (which is yellowish when freshly ground), make it easier to work with and give it better "gluten-producing potential". It also produces a flour with a softer texture, due to the damage inflicted on the proteins.

This can also be achieved by just letting the flour sit out, exposed to oxygen, which will react with the proteins in the flour to form longer gluten chains, but it takes more time, and time is money, so naturally "bleached" flour will be more expensive. Conversely, you could just buy some unbleached flour and let it sit around for a while before using it.

All of this of course varies depending on the manufacturer, but these basic guidelines should help guide you in your quest for chewy breads, tender cakes and fluffy biscuits.