You Already Have The Fundamental Skills You Need To Succeed 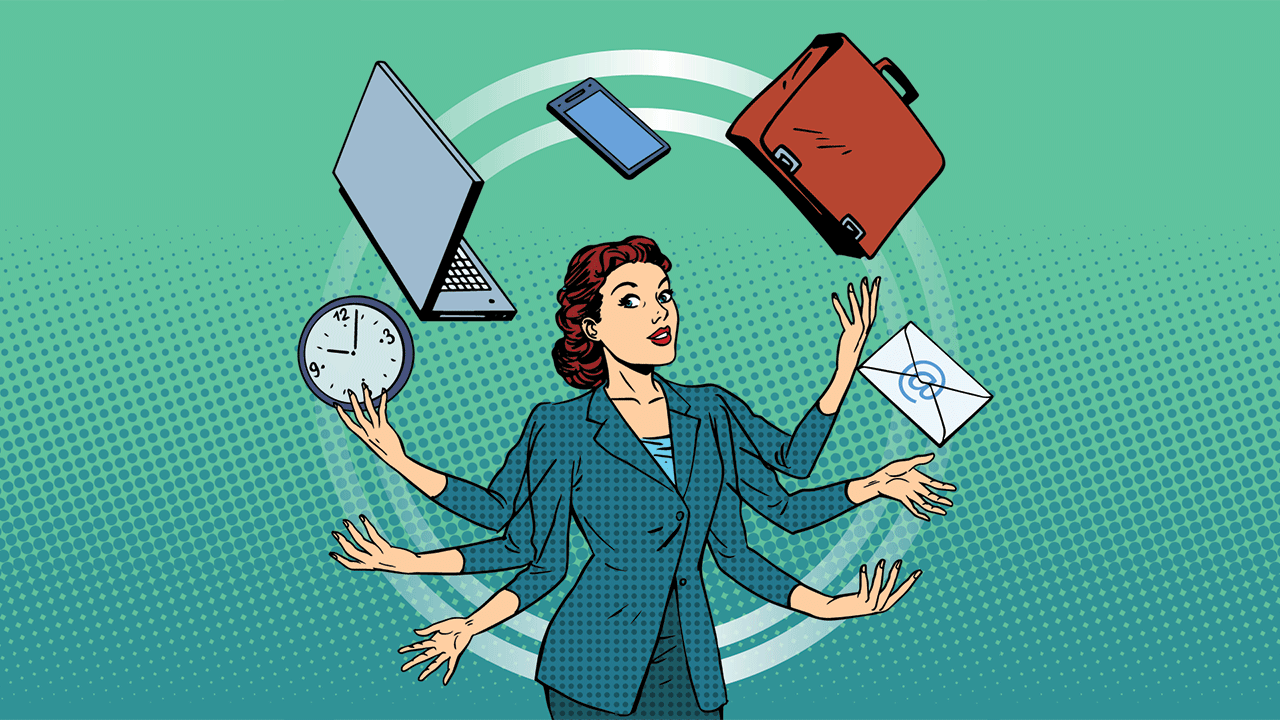 We all look for shortcuts to help us get through the day and make things a little easier, but you still need to show up and do the work. The fundamentals of responsibility don't change. Being consistent, though, and applying what you already know is how to get a leg up on the competition.

At my first job after university, I wound up working on a data organisation project. Originally, this was to be at least a three-person project, but shortly after the project began, the third member of the team was let go.

So, for most of a year, the database administrator and I were shuffled away into a separate office from the rest of the team. There were definitely some overtones that the project was in trouble, not from our own efforts, but from events going on outside of our control.

Unsurprisingly, over that year, I began to build a really strong relationship with the database administrator. We spent a ton of time studying the data that we had, figuring out relationships between the data sets. We looked at lots of different interfaces for similar data sets and tried to borrow from the good things about those interfaces.

It worked. Our project did spectacularly well at each and every review milestone and we changed the perspective of some of the decision-makers higher up the food chain. Eventually, we were offered much more permanent jobs.

So, why am I telling you this?

The truth is that he simply applied a bunch of skills that were completely unrelated to computer science in order to get there. He applied skills that everyone already has. The only difference is that he actually applied them. If you want to move up in your career or switch to a different career, going back to school can certainly help. However, you likely already have most of the skills and traits that you need to make that shift.

Here are seven skills and traits that you already have that you may not be applying as well as you could. If you can execute these things, you'll have a massive leg up on the people in your field and find it easy to get your foot in the door if you want to make a career change.

When someone needs something from you, do you come through for them? Do you only call in sick when you're legitimately sick — and that's pretty rare? Can people depend on the fact that you're doing what you're supposed to do at work?

Surprisingly enough, reliability is actually pretty rare, even at higher level jobs. I know many people that, when you email or call them for a particular task or item that you need from them, will say "sure!" and then never deliver anything. Similarly, I know many people who seem to never go to work — they're always out "sick" or "on holiday".

Those people aren't reliable, and the people in their workplace are bound to notice this and be adversely affected by it. You can be the most skilled person in the world, but if you're not reliable with those skills, they're not really very useful.

Almost every organisation in the world would prefer to have someone reliable and relatively unskilled at the desk than someone highly skilled but unreliable. The reliable person might not be able to produce amazing things, but when you ask them for something, they will produce it; they will also be there when you need them. The unreliable person? They might produce something great, but they also might just produce nothing at all.

What can you do to improve your reliability?

Be a Good Listener, Especially in Meetings

Yes, many workplace meetings are incredibly boring. Most of the time, you'd rather be anywhere else, doing anything else. Of course, it's that very unwanted nature of meetings that makes them such a valuable place to be.

All you have to do to stand apart from the pack is pay attention when you're meeting with others, whether it's a one-on-one meeting or a large group meeting. Stay as focused as you possibly can on the moment and react naturally to what you see and hear.

Here are three specific steps that are well worth taking.

Step Up to Unwanted Tasks and Challenges

Here are three steps you can take to make this a reality in your own career.

It is really easy to fall into the trap of bashing a coworker for any number of reasons. Maybe they're not living up to the expectations that you have. Maybe that person has a personality problem. Maybe that person is causing undue conflict within the group.

Sure, those are all valid reasons to harbour potentially negative feelings within yourself, but that doesn't mean it's a good idea to release those feelings into the wild. There's never a good reason to bash coworkers or speak negatively about others in workplace conversations. Nothing good ever comes out of it in the long term.

One of the biggest negative outcomes of such negative talk is that the person doing the negative speaking is eventually seen as part of the problem. Bashing coworkers — even when the conversation is private — can come back around and haunt you in ways you'll never expect.

Still, most workplaces still have negative conversations and backroom gossip. People have negative feelings and vent them all the time. Here's how you can take those situations and make sure you're not dragged down with it.

Learn and Build Skills All the Time

Many jobs have downtime while you're at work. Many jobs involve a commute, which means even more relative downtime. Many people also have additional spare time at home. One of the biggest keys to success is how you choose to use that downtime, especially the extra time at work. Do you spend it sitting around twiddling your thumbs? Do you browse websites and engage in idle chitchat? Do you go on long bathroom breaks?

Sure, those things might pass the time more quickly, but they don't help you improve your career or your value to your employer. They just waste the minutes of your life. Try spending your downtime and perhaps a bit of your free time on other things.

Be Well-Rested and Have Plenty of Energy

When I worked in that office with the database administrator, as I described above, we were eventually given an hourly worker whose job it was to manually enter data for us. That was a frustrating experience, to say the least.

When the student was alert and awake, he did reasonably good work, albeit at a slow pace. However, half the time he showed up to work half-awake at best and would sometimes simply fall asleep at his desk. Not only did this mean that he wasn't producing anything while he was there, we often had to stop our own tasks and rouse this hourly worker.

The reality is that if he had simply showed up to work with a fresh night of sleep, not only would he have been far more productive at his work, he also wouldn't have fallen asleep and wasted our time as well. This simple lack of energy turned what could have been a great career opportunity for him — one that could have built a resume and provided some great references — into a disaster, where he was eventually simply let go. The one thing he needed to do but didn't do was bring enough energy to work with him.

Here are three steps you should consider taking so that you don't fall into this kind of trap.

Where do you want to be five years from now? Ten years from now? What does that life look like? Feel free to throw in as much detail as you'd like. Now, what do you need to do between now and then to make that happen? What needs to change in your life between now and then in order to make that vision a reality? You should be able to come up with a nice list of changes.

Now, what can you do today to move forward on the things on that list? Today. Not next week. Not "someday". Not when you feel like it. Today.

Once you start thinking in terms of goals and how you're working toward them, so much of your life begins to fall into place. You begin to see how your day-to-day choices aren't just isolated things, but they're connected to where you want to go in life.

Here's how to dig in.

The seven strategies mentioned in this article merely scratch the surface of the things you can do with the skills you have right now. You can escape from your low-paying job. You can get a promotion. You can get a better job. You just need to start applying the things that you have.

You can be reliable, if you choose to. You can make a plan for the future. You can listen. You can be more organised. You can build new skills. You can show up well-rested. You can take on the hard tasks.

All you have to do is open the door.