Make Better Fried Chicken By Adding Vodka To Your Marinade 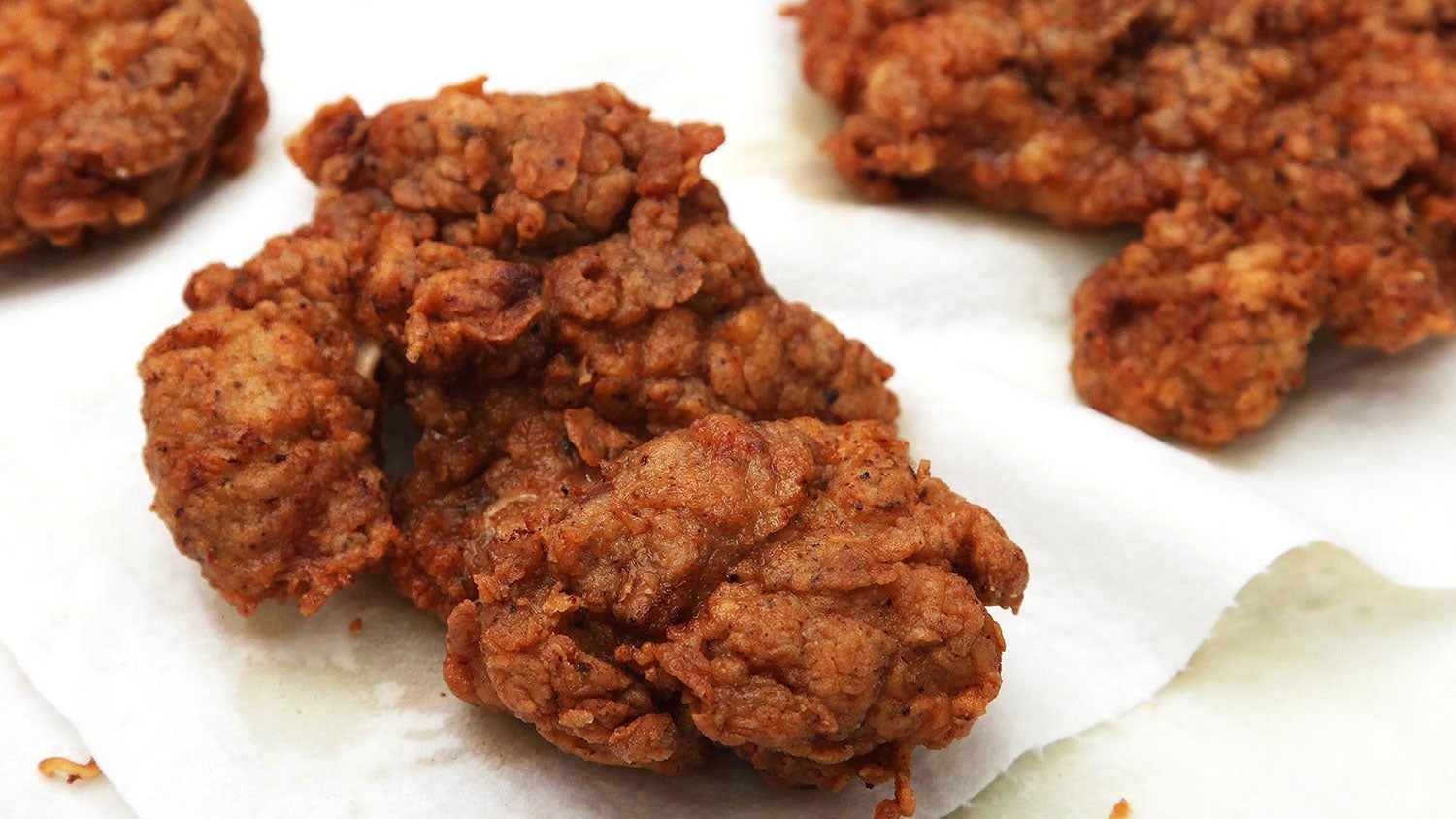 For maximum crispness and flavour, raid your home bar and grab a bottle of vodka. Photo by J. Kenji López-Alt.

Serious Eats' J. Kenji López-Alt shares this unusual tip and explains how vodka helps create the crunchy crust you crave in a piece of fried chicken:

[Vodka] is much more volatile than water (which is the main component of buttermilk, pickle juice, or pretty much any other fried chicken marinade you'll be using). As such, it evaporates much more rapidly and violently. This helps drive moisture off the crust of the chicken faster, while also creating bigger vapour bubbles, adding surface area to the crust. Both of these things mean crisper, lighter fried chicken.

Vodka — and other high-proof spirits — also inhibits gluten formation, Kenji notes. Gluten helps create stretchy, chewy bread and pizza crusts, but you don't want too much of it in your crispy fried chicken crust.

You only need two tablespoons of vodka for every cup of your seasoned marinade, so don't worry. There will be plenty left over to drink with your extra crispy fried chicken.

Head to the link below for three more tips on perfecting your fried chicken.