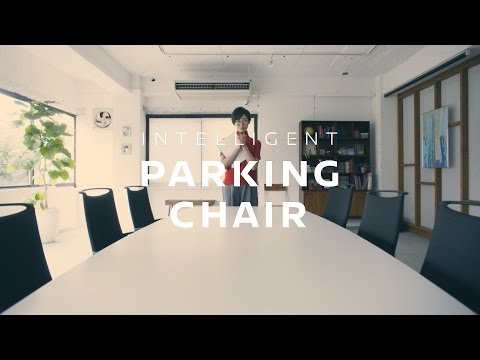 Nissan has debuted a new concept for the modern office: Intelligent Parking Chairs. As its name implies, these are motorised office chairs that can “drive” themselves back to their desk when not in use. It might sound stupid, but anyone who has ever worked in an open plan office will see the benefit here — in short, it stops your chair from going missing during crowded boardroom meetings. (Also, chair races!)

Have you ever returned to the office after lunch to find your chair mysteriously missing? This used to happen to me ALL THE TIME. My previous workplace had a shortage of chairs in the boardroom, which meant any unoccupied chairs were instantly commandeered during team meetings. Nine times out of ten, the borrower would forget to return it. Tch, eh?

This is one of the chief advantages of Nissan’s proposed Intelligent Parking Chair. Powered by an assortment of sensor-equipped cameras and a 360-degree swivel base, it is capable of finding its way back to its place of origin unassisted. At the sound of a clap, it will also search out an unoccupied desk to park itself under. (Best keep applause during birthday parties and team speeches to a minimum.)

It’s not clear whether Nissan is planning to ever release the concept commercially — currently it’s more of a marketing stunt to promote its self-driving car technology. In any event, we don’t imagine too many IT departments would be able to justify the expense to upper management.

Perhaps some enterprising bedroom coder could have a go at making their own version? If you can build one that can move around with a worker in it, even better! Who needs an office ping pong table when you have robot chairs to jockey about in?