Everything I Learned About Relationships By Sucking At Dating 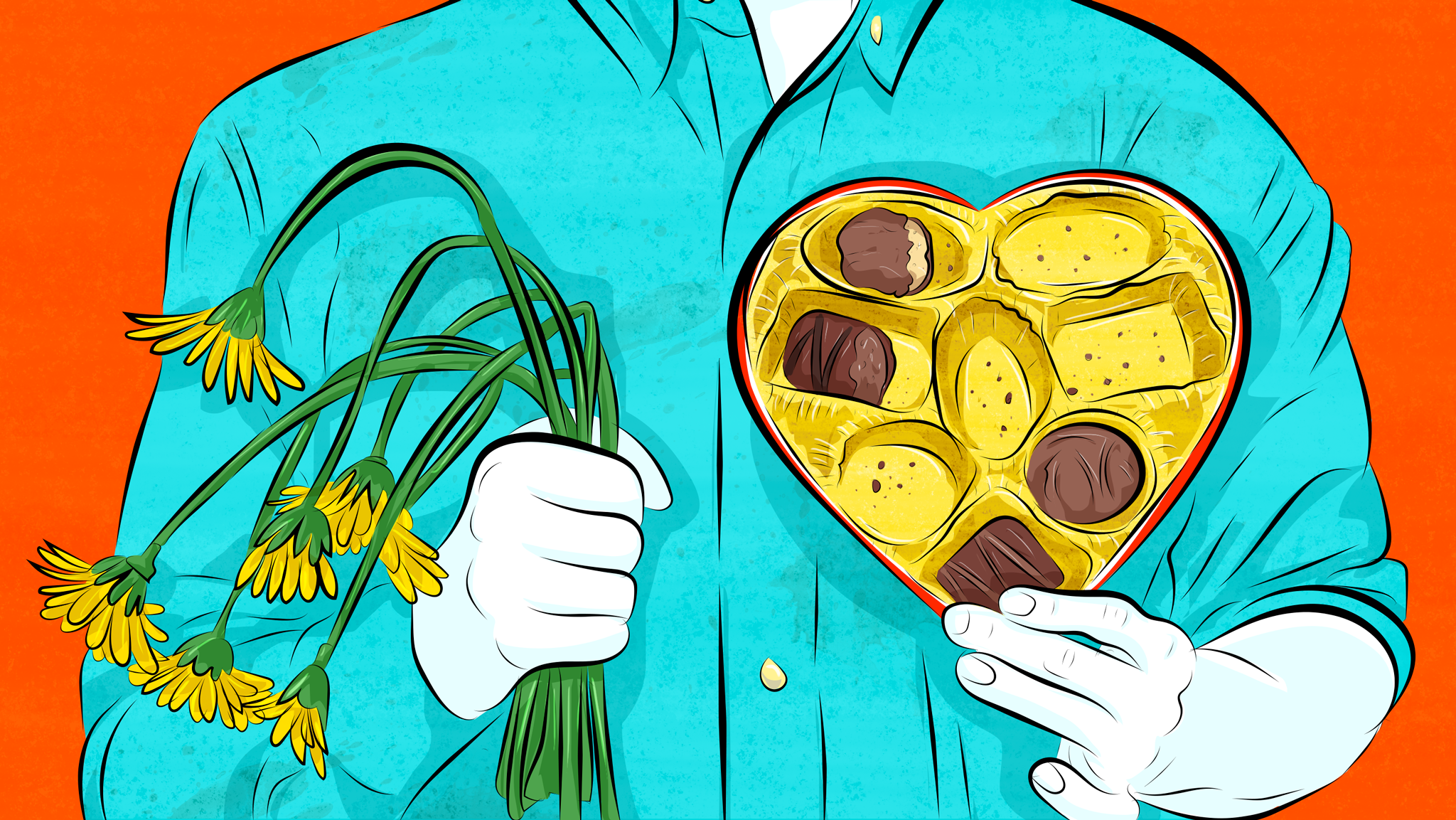 No one wants to think they're bad at dating. We especially don't want to think we're the bad one in a failed relationship. Fortunately, I made too many mistakes to ignore. Here are the things I learned about relationships, mostly by screwing them up first. Photos by Guian Bolisay, Jackie, Jake Stimpson, and Visual Hunt.

You Need to Bring Something to the Table 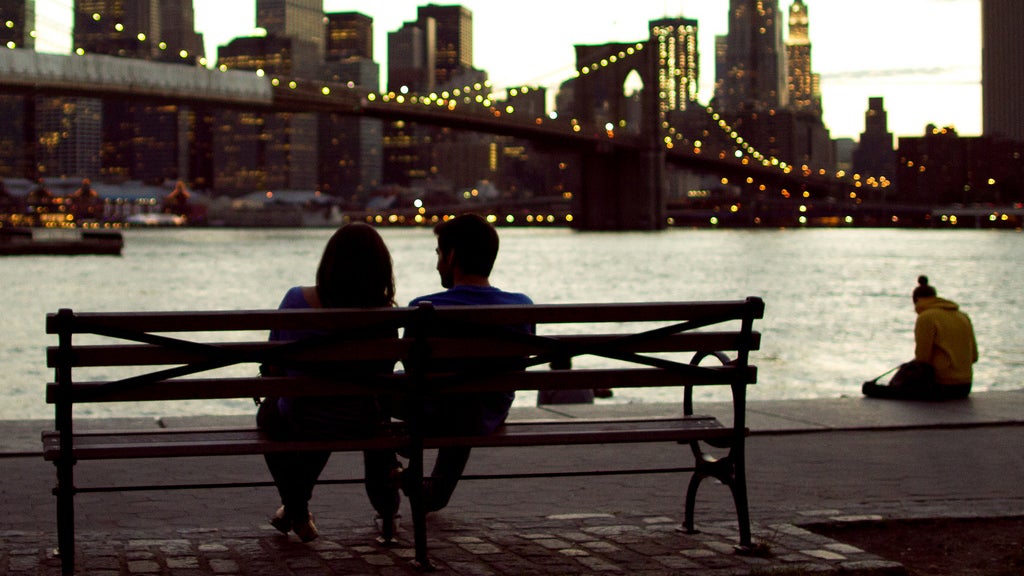 From a very young age, most of us are encouraged to think about what we want from a partner. Make a list and look for someone who checks off every single box. What no one ever tells you (or at least they never told me) is that everyone else is making those same judgements about you. And, like it or not, you have to have a decent answer when someone silently asks "Why should I date you?"

In my early high school years, I didn't really understand this. I thought I was nice and funny, so any girl that I liked would obviously want to date me. The first few times I was rejected, I wasn't prepared for it. It never occurred to me that a girl might have some justifiable reason to not be interested in me (or that she wouldn't need a reason, but I'll come back to that).

When you're looking for someone to date, it's easy to get hung up on how great they are that you don't stop to ask yourself, "What am I bringing to the table?" At the time, I (and probably most high school guys ever) had a host of flaws that would be a perfectly good reason to be rejected. I was clingy. I obsessively read into things. I didn't have the best hygiene habits. Take your pick. Even if I didn't have those objective problems, there could be any number of subjective reasons a girl turned me down. Maybe I'm not her type. Maybe she likes artists and I'm one of those analytical types. Maybe she just doesn't have those feelings! Just because I think we'd be good together doesn't mean she does.

Here's the golden rule no one bothered to fill me in on until years later: if you want to get a date, be someone dateable. Take an interest in yourself. Learn how to dress better. Pick up an interesting hobby. Make new friends. Hell, shower more than once a week. The more you invest in yourself as a confident, complete person, the more people around you will be drawn to that. If the best thing you can offer a partner is "I'm not a douchebag", you're not checking off any marks on someone else's dating wish list. Also, keep in mind that you're not going to be appealing to everyone. Just like there are people you're not interested in, there are some people that just won't be interested in you, no matter how many endearing traits you think you have. Which leads to the second major lesson I had to learn. 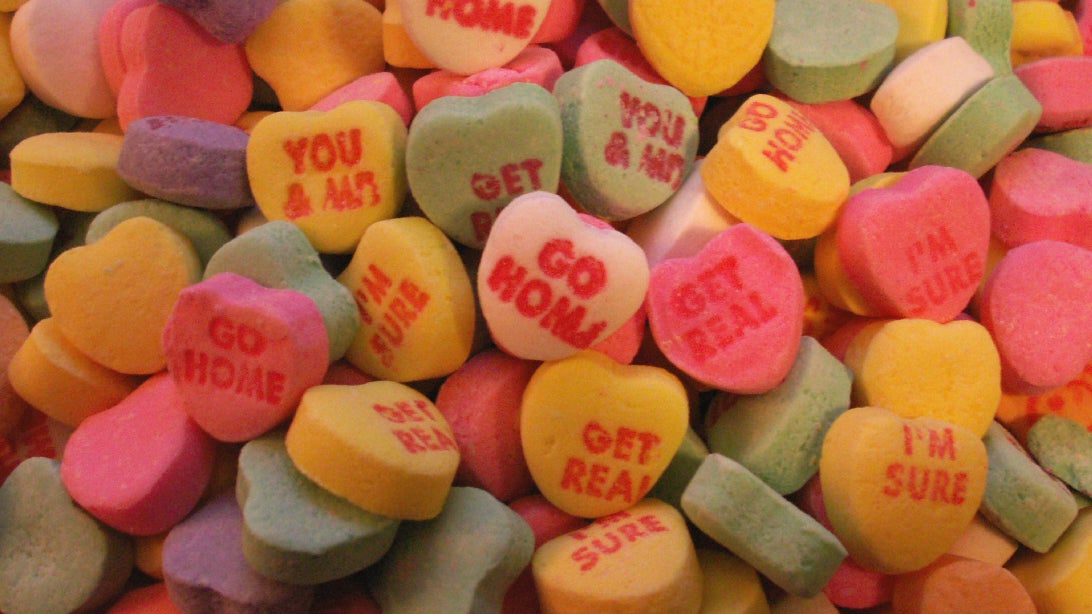 Since I thought that the benefits to dating me were obvious, I naturally had a hard time understanding why I was rejected as often as I was. This is normal. Most people don't get a detailed feedback report on why they were turned down. However, this also led me to the belief that the rejection must have been a mistake. Every romantic comedy I ever saw said that the best relationships start with a woman rejecting a guy no fewer than a thousand times. Growing up, I didn't think that being persistent despite rejection was creepy. I thought it was charming.

The result is that I never moved on. I'd ask the same girl out over and over. I'd make good friendships awkward with my quiet crushes. The fundamental problem with this mindset is it completely ignores her choice to say no. Even if she'd made it clear that she wasn't interested, I didn't accept that answer. It doesn't take a genius to realise that's a huge red flag. If a guy's not willing to accept "No" when it comes to a date, what other decisions is he likely to ignore?

I had to learn that it wasn't weak or shameful to accept rejection at face value. No one needs to justify their decision to reject someone, and it's not romantic to keep hounding the same person for months or years at a time. It's creepy, and it becomes harassment sooner than you'd realise. Young (and older) men in particular have trouble learning this, since we're raised to be "pursuers" and "persistent". However, anyone who has trouble accepting someone else's decision not to date them probably isn't going to have great luck the next time around.

Which is a shame because I also learned that getting rejected was freeing, in a way. When you can accept rejection as a normal, natural part of dating that doesn't condemn you as a loser, you're free to move on. You're free to explore other options. When you're waiting for that one person (who has already said no) to say yes, your entire happiness is dependent on them. When you accept your own rejection, you can take your pursuit of happiness into your own hands.

Feeling Jealous Probably Says More About You Than Them 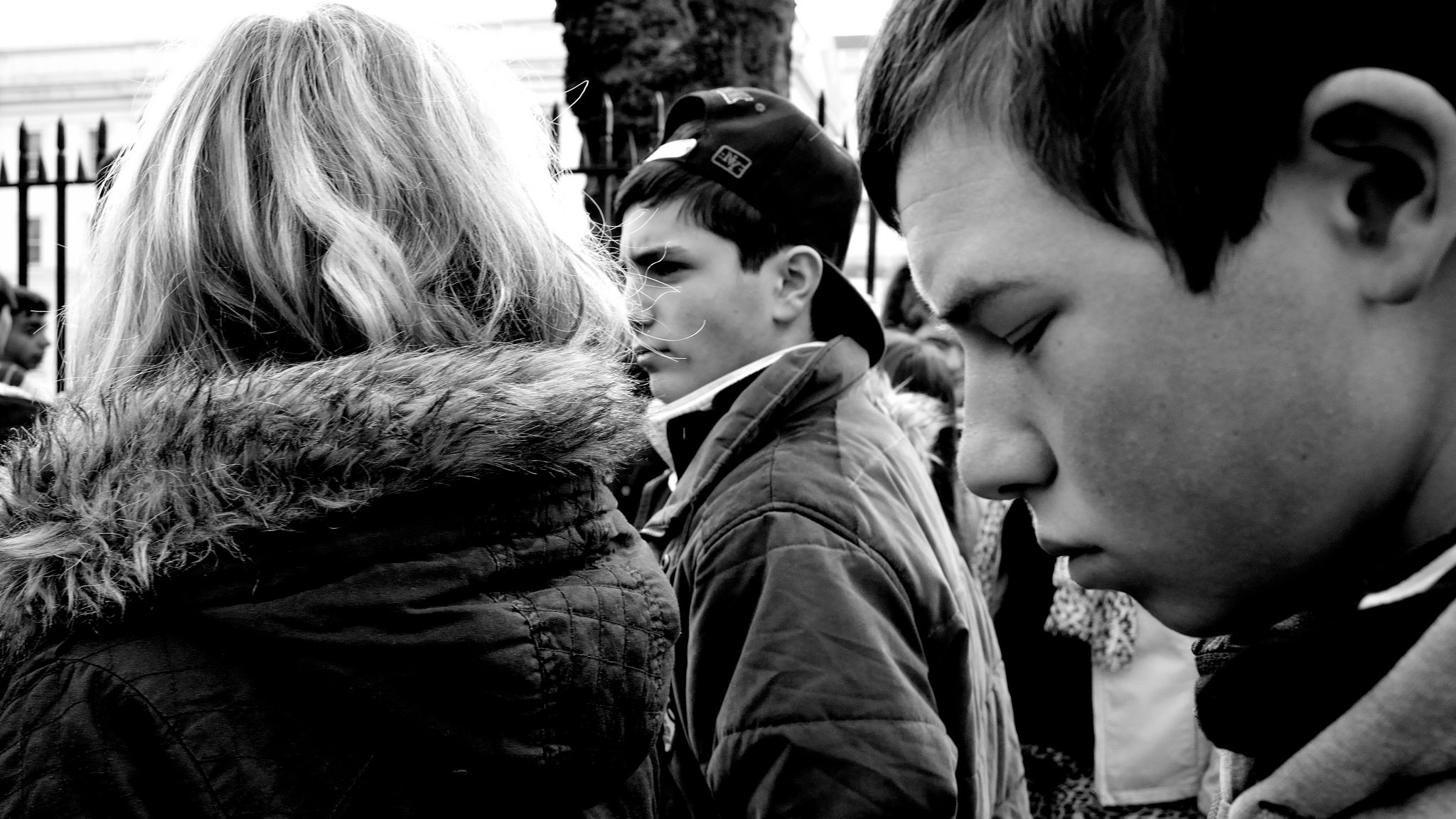 By the time I got my first girlfriend after high school, I'd managed to clean myself up a bit, develop some hobbies and was on my way to feeling better about myself. However, I was still plagued with insecurities. One night, I got jealous that she was hanging around with an ex at a swing dancing event. To my knowledge, she hadn't done anything inappropriate with him, but I still felt sad and uncomfortable when I saw her dancing with him. So, I asked her to stop.

She very promptly broke up with me. It was the right call. While I didn't realise it at the time, what I'd just asked wasn't a minor favour. I'd just established that I believed my feelings of jealousy were more important than her choice in friends. She hadn't done anything wrong. She didn't cheat, she didn't even flirt with him. She just danced. But because it made me feel insecure, I decided that it was OK for me to try to control her behaviour.

In reality, my jealous feelings said a lot more about how insecure I felt than it did about her intentions. Over time, I had to learn that feeling jealous didn't automatically mean that my position was correct. Like any other emotion, it's an indicator of a problem. Maybe it's insecurity, maybe it's a trust issue or maybe I was just too controlling. Rather than making the other person change, I had to examine my own jealousy to figure out what the underlying issue was.

However, feeling threatened and being threatened are not always the same. Digging into why you feel jealous can help reveal what scares you in a relationship. When you call out the underlying issue, you can deal with it directly. Even if what you're afraid of turns out to be true (sometimes they really are cheating), you can learn what you need to change about yourself — or what to look for in your next relationship — by assessing your own feelings first, instead of lashing out at someone else.

Keeping Quiet About Your Problems Isn't Helping Anyone 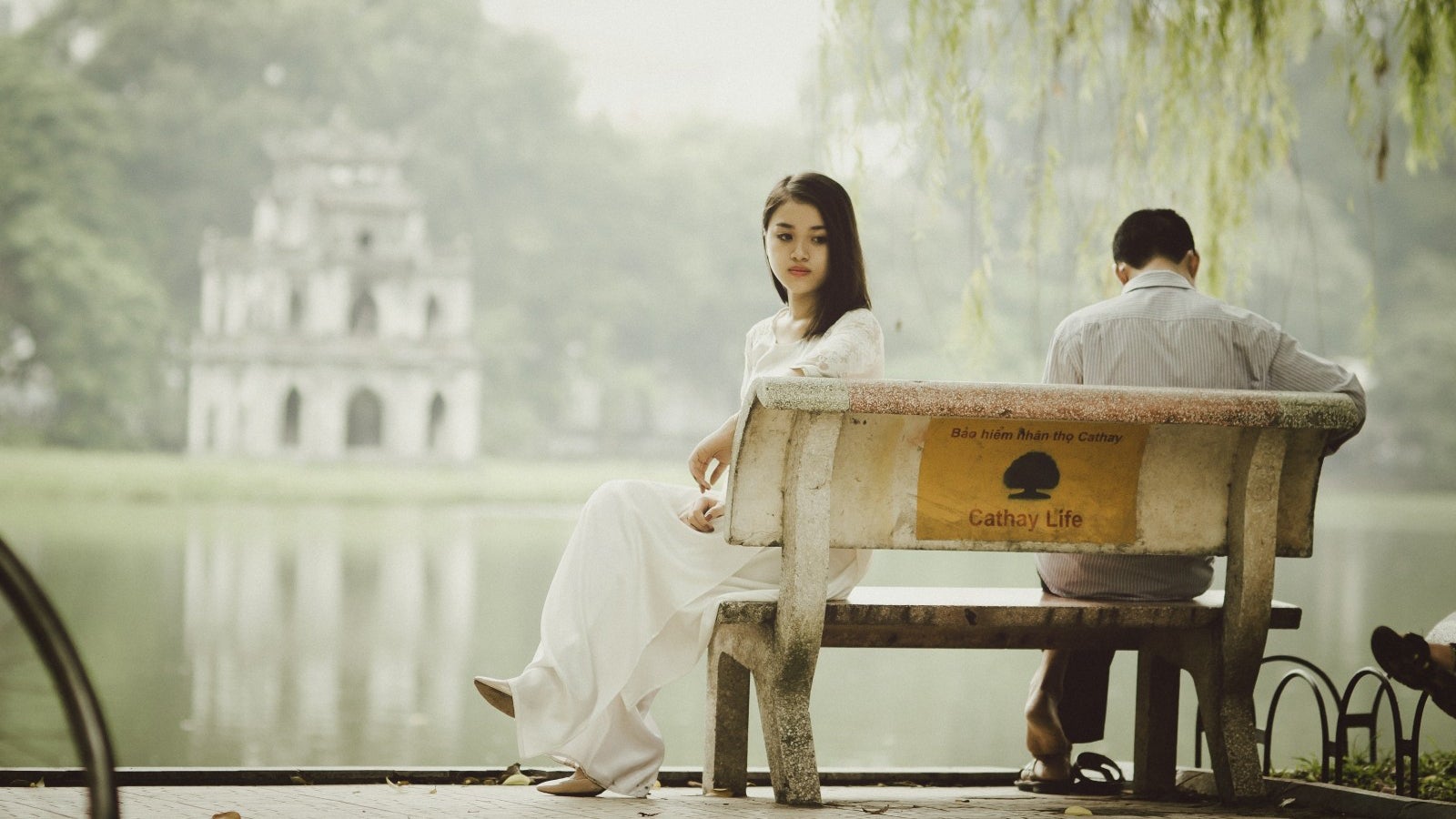 I may have royally screwed up on the dating scene a lot in my years, but at least never let it be said I can't learn. Eventually, I started waiting before I voiced every emotion. I didn't jump to conclusions or try to control someone else's behaviour. However, I started to take it too far in the other direction. I reached a point where I never brought up any problem I had.

While I'd learned not to overreact to every emotion, I started causing all new ones by not speaking up. When I was upset or bothered by something, I'd keep it to myself or worse rationalise it. It reached a point that I never said they did anything wrong. Of course, I wasn't great at actually letting things go. This led to more than one occasion where I'd break down and start a fight over a problem that she had no idea was an issue. With at least one girlfriend, I stayed with the relationship longer than I should have. Neither of us wanted to give up, but it was obvious to us and everyone around us that it wasn't working.

Keeping my problems to myself didn't help anyone. Instead, I had to learn to identify the legitimate problems I had, and bring them up in a constructive way. I started to take time to process what I was feeling first, rather than expressing my frustration the moment I felt it. Once I knew the underlying issue, dealing with it looked less like a fight and more like a discussion.

It sounds cliché, but problems don't go away just because you don't talk about them. In fact, the less you discuss them, the worse they get. In any kind of stable relationship, ideally, both parties should be able to express when they have a problem. It's not always the most comfortable or fun conversation, but it prevents bigger problems down the road.

In the end, being honest about the problems I had actually led to more breakups. This was my biggest fear but, like rejection, I found it was a net positive. I stayed friends with several exes, and our friendships are better now than the forced relationship we kept trying to keep alive. Allowing yourself to openly acknowledge your own problems gives you the freedom to say "This isn't working" and accept a change in the status quo.

Nowadays, I'm in a stable, happy relationship. I'm probably screwing something up, but I have fewer problems than I used to. The most important thing I learned is that there's always room to improve. When I was young, I thought I was a catch. Now, I know I'm a guy who needs to work on some things. Fortunately, being perfect isn't a prerequisite for any relationship.