A Lot of Us Should Start Wearing Masks Again, According to...

5 Things You Should Know Before Going To See Deadpool 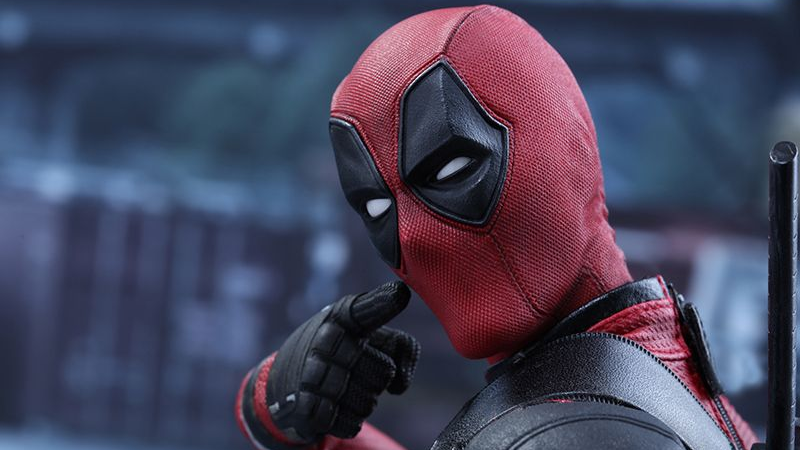 After years of development, and almost exactly 25 years after the character first appeared on the pages of Marvel comics, Deadpool finally found its way onto cinema screens. So the pressure is on for it to do well. But before you head down to the cinema to see Marvel’s Merc-With-A-Mouth in action, there are a few things you should probably know.

WARNING: The following may contain mild, medium or massive spoilers!

#1 This Isn’t The Character From X-Men Origins: Wolverine

Ryan Reynolds has played a character called Deadpool before, in 2009’s X-Men Origin’s Wolverine. It’s very important to note that this is not the same continuity, and the Deadpool in Deadpool will not be the same travesty that hit cinema screens eight years ago. They have the same name and are played by the same actor, but they are by no means the same character.

In the comics Deadpool has gone through multiple incarnations thanks to the many writers who’ve been involved, to a point where you could say there’s no definitive way to ‘do’ Deadpool. The people behind the first Wolverine movie somehow managed to cock things up, even going so far as sewing his mouth shut halfway through the film. A character known for his smart-arse remarks, and they sewed his mouth shut. It has been promised that there won’t be any of that in the new film, with early trailers even making jokes at the expense of the previous film.

So don’t go into the cinema hoping to see more of what was churned out in 2009. You’ll end up incredibly disappointed.

#2 The Film Was in Development Hell for Over a Decade

A Deadpool film has been in the works since 2000, with Ryan Reynolds tentatively attached to star since around 2003. Nothing ever really came of that, and the first chance Deadpool had to appear on the big screen was in 2009’s X-Men Origins: Wolverine. We’ve already seen how that turned out. Fox’s plan was to introduce Deadpool in the film, and then spin him off into his own solo movie with Reynolds in the title role.

The problem was that Wolverine didn’t go down so well, and even though Fox still had plans to make a film everything got a bit tied up. Despite commissioning a script and hiring a director, Fox reportedly wanted to make a PG-13/12A rated film. The reason presumeably being that more adult comic book films didn’t usually fair well at the box office

But following the backlash to X-Men Origins: Wolverine’s interpretation of the character, the creative team (including Ryan Reynolds) wanted to ensure that a solo Deadpool film was true to the source material and something fans could really get behind. Unable to come to a compromise, production stalled and the fate of the film became uncertain.

It wasn’t until some test footage leaked online in 2014 that anything changed. Due to the overwhelmingly positive reaction to the footage, Fox greenlit the film and set the film for release in February 2016. A few months later, it was revealed that the film would be aiming for an R rating (MA 15+ in Australia) to appease fans and do right by the character.

#3 His Powers Came From the People Who Created Wolverine

While the new film looks to be taking a different approach, Deadpool originally got his powers from the Weapon X programme. If that name sounds familiar, it’s because it’s the same place where Wolverine gained his metal claws and skeleton. In fact, that’s the one thing the first Wolverine movie got right about the character.

In the comics Deadpool, or Wade Wilson as he was known at the time, was a mercenary and former member of US Army Special Forces diagnosed with terminal cancer. He joined Weapon X in the hopes getting cured, but was instead subjected to experimentation that aimed to recreate Wolverine’s healing factor. The experiment was a success, but the healing factor bonded with his cancer. While this grants Deadpool immunity to disease and the ability to recover from any wound, it also came with horrible side effects. The cancer bonding with the healing factor left him with horrific skin disfiguration and caused his brain cells to be in a constant state of flux – manifesting as a strange form of psychosis.

Deadpool also happens to be very aware that he is a character in a comic, often breaking the fourth wall by subtly revealing this information – often to the confusion of other characters around him. Aside from the rough details on how Deadpool got his powers, the rest of his life’s story is complicated and messy. In true comics style the story has been revisited, revamped, and completely retconed multiple times. Sometimes Deadpool came from Canada, others he came from Ohio, and in one case his real name wasn’t even Wade Wilson. The same goes for the fate of his parents, and at one point Thor’s brother Loki claimed to be Deadpool’s real father. That was almost definitely a lie, though. But since Deadpool knows he’s a comic character, he’s well aware of the mess and offered a solution one time: In his words, it depends on which writer you like the best.

Recently there was an attempt to rectify the problem of multiple conflicting origins, which blamed the confusion on Deadpool having his brain and memories repeatedly scrambled by the remnants of Weapon X. Despite that, Deadpool’s back story still remains somewhat of a mystery. The only thing we do know is how and why he got his powers, as well as the fate of his parents. Spoiler: He was brainwashed into killing them.

#5 Deadpool is an Incredibly Dark Character

If you only know Deadpool from places like Reddit, you probably think he’s some sort of wacky internet-meme like character. While humour is an integral part of the character, it’s not fun and games all the time. Deadpool is an incredibly dark character with a horrific past, and that’s something that’s going to be included in the film. For starters Deadpool only agreed to the experiments that gave him his powers because of a terminal cancer diagnosis, and in the process a healing factor bonded with his cancer leading to some horrific disfigurement. In effect, you could say his cancer became his superpower.

That’s not all, though. Over the years it was revealed that Deadpool was repeatedly brainwashed and forced into doing horrific acts (like murdering his own parents), found the bodies of his daughter and her mother in a North Korean mass grave, was the victim of rape, and recently he came to the realisation that he’s never been (and probably never will be) truly happy. Given some of the truly awful things that happened in his past, it’s surprising he has any humour left to give.

This post originally appeared on Lifehacker UK, which is gobbling up the news in a different timezone.