10 Great Ways To Reuse Stuff You Might Otherwise Chuck Out

Making clever use (or reuse) of stuff that’s just lying around is a staple principle here at Lifehacker, so we figure there’s no better way to finish that coverage than with a roundup of our favourite recycling and repurposing hacks. Enjoy!

#10 Repair china by cooking it in milk

It sounds crazy, but it’s true: if you’ve got a piece of china with a small hairline crack, gently heating it in milk can help repair it. (Original post; picture by geishaboy500)

Got a lot of spare PC parts lying around? With a little lateral thinking, you can convert old fans into wind turbines, which can also serve as handy chargers. This requires a little electronics know-how, but it helps reduce gadget clutter. (Original post)

Yes, bananas are ludicrously expensive right now, but you know the day will roll around again when they’re only a couple of bucks a kilo. Rather than just chucking out the peels, blend them with water to make a surprisingly effective silver polish. Really. (Original post)

It is possible to open a beer bottle with a lighter, but if you haven’t mastered that skill or don’t have one handy, this is a neat alternative. All you need is a scrap of wood, a nut and a bolt. Easy! (Original post)

#6 Start plants inside half an orange skin

If you’re trying to start seedlings indoors before planting them out, then reusing old yoghurt containers or the like is better than just checking them out. However, if you use half an orange or other citrus fruit, you can actually plant the whole thing, shell and all, without any waste whatsoever. (Original post)[imgclear]

#5 Hang a picture using a drink can tab

OK, I wouldn’t necessarily do this with a valuable family heirloom portrait which is under double-thickness glass. However, for a smaller picture frame, it’s a clever way to use something you almost certainly will chuck out otherwise. (Original post)

#4 Use a Tim-Tam packet as a phone stand

The plastic trays which biscuits come in are ideal for all sorts of storage, but the Tim Tam matches up particularly well to modern smartphones. It’s surprisingly resilient, but if it does break, you can always have some more biscuits. (Original post) [imgclear]

#3 Turn an old router into a repeater

Rather than leaving that old router lying around, turn it into a repeater to ensure seamless Wi-Fi throughout your residence. It’s a fairly straightforward process and a great solution if you’ve got a house with multiple floors, thick walls or other interference issues. (Original post)

#2 Repurpose a CD or DVD spindle

From AlboPepper YouTube channel While these may not be cluttering your life as much now that hard drive and USB storage is so cheap, there are still a lot of CD spindles cluttering store rooms and garages that could be turned to a more useful purpose. You can turn them into a cable organiser, a plant pot, a parts container or even a lamp.[imgclear] 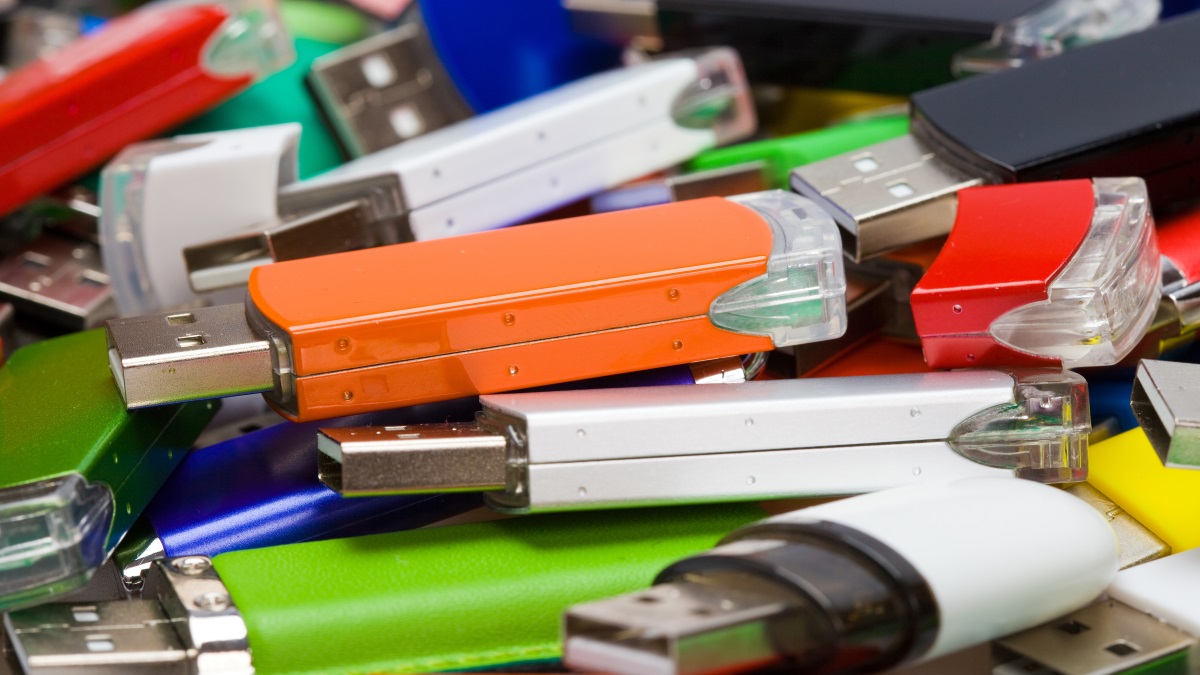 Pile of USBs image from Shutterstock USB keys are so common these days, we often just leave the smaller ones lying around, neglected and unloved. But there’s plenty of things you can do with them — check out our top 10 clever uses for spare drives.

This article has been updated since it’s original publication