What Were The Most In Demand IT Skills In Australia Last Year?

Knowing what skills were on employers’ radar last year will give you a good idea on which jobs will be hot in 2016. LinkedIn analysed the hiring and recruiting activities that occurred on its professional networking site in 2015 and compiled a list of the 25 most sought after skills last year. This was then broken down by country.

Technology competencies dominate the lists and considering companies were still recruiting and hiring for these skill in late 2015, it is expected that demand for these abilities will flow on into the early part of 2016. If you possess more than one of the skills on the lists, expect to be hit up by recruiters in the coming months.

While “cloud and distributed computing” skills took the top spot on the worldwide list, in Australia, “statistical analysis and data mining” came in at number one. That skill is in second place on the global list and according to LinkedIn, it is the only skill category that is consistently ranked in the top four across all of the countries the company analyses.

This aligns with the findings by the Institute of Analytics Professions of Australia (IAPA) late last year which found the demand for data analysts have increase, which drives up salary in this category. Unfortunately, businesses that do have data analysts on-board tend to under-utilise them.

As you can see, while some competencies have seen a surge in popularity, some skills have dropped off significantly. Expertise in SAP ERP systems went down nine spots from 2014. Business Intelligence skills saw an even bigger drop, relegated to the 21st spot on the list, down from 6th place last year. Murthy highlighted that employers are still looking for these skills, just not as much as previous years.

It’s always helpful for IT professionals to understand the hiring market so they know what to upskill on to maximise their chances of scoring a better job. 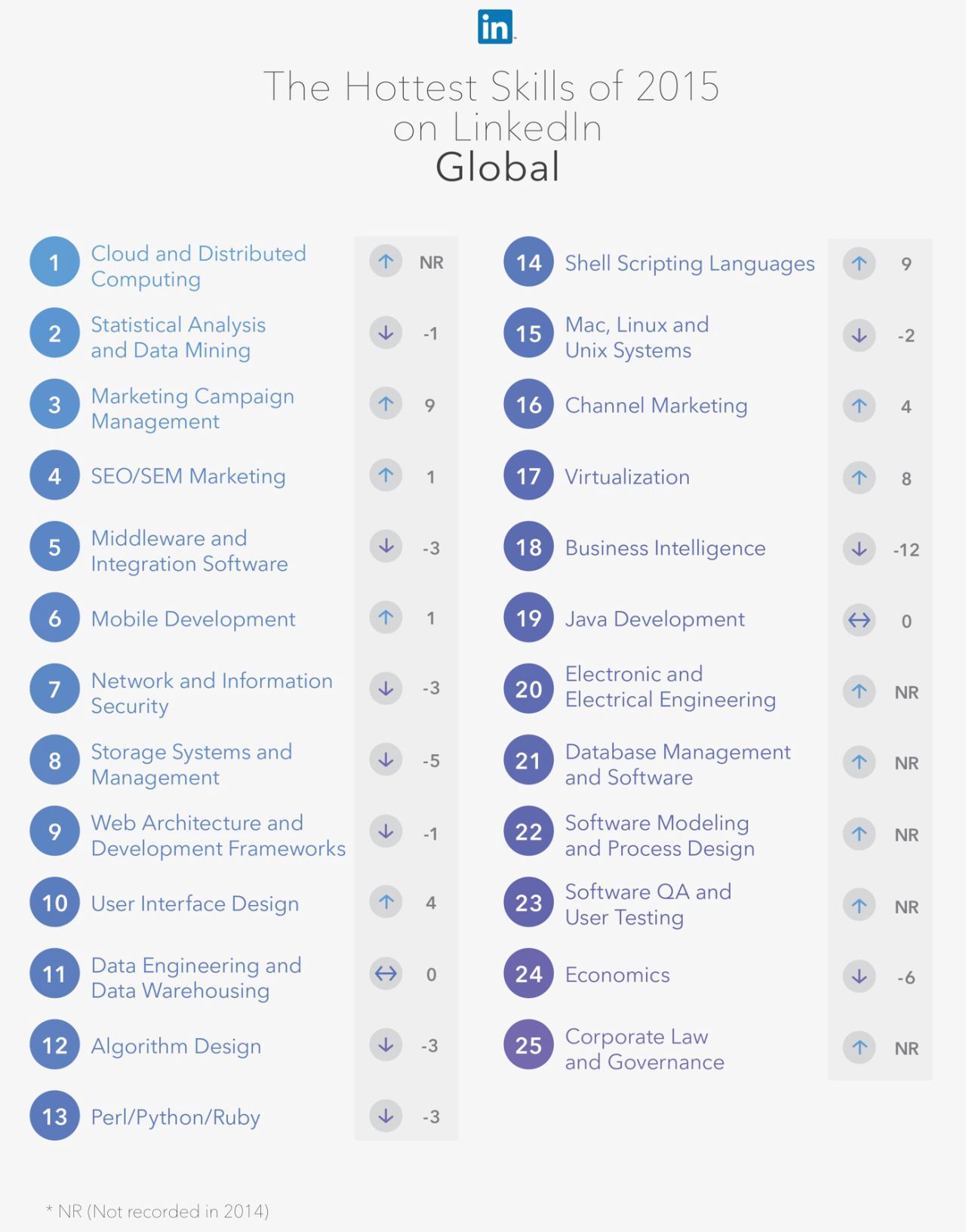