The Illusory Correlation: A Common Mental Error That Leads To Misguided Thinking 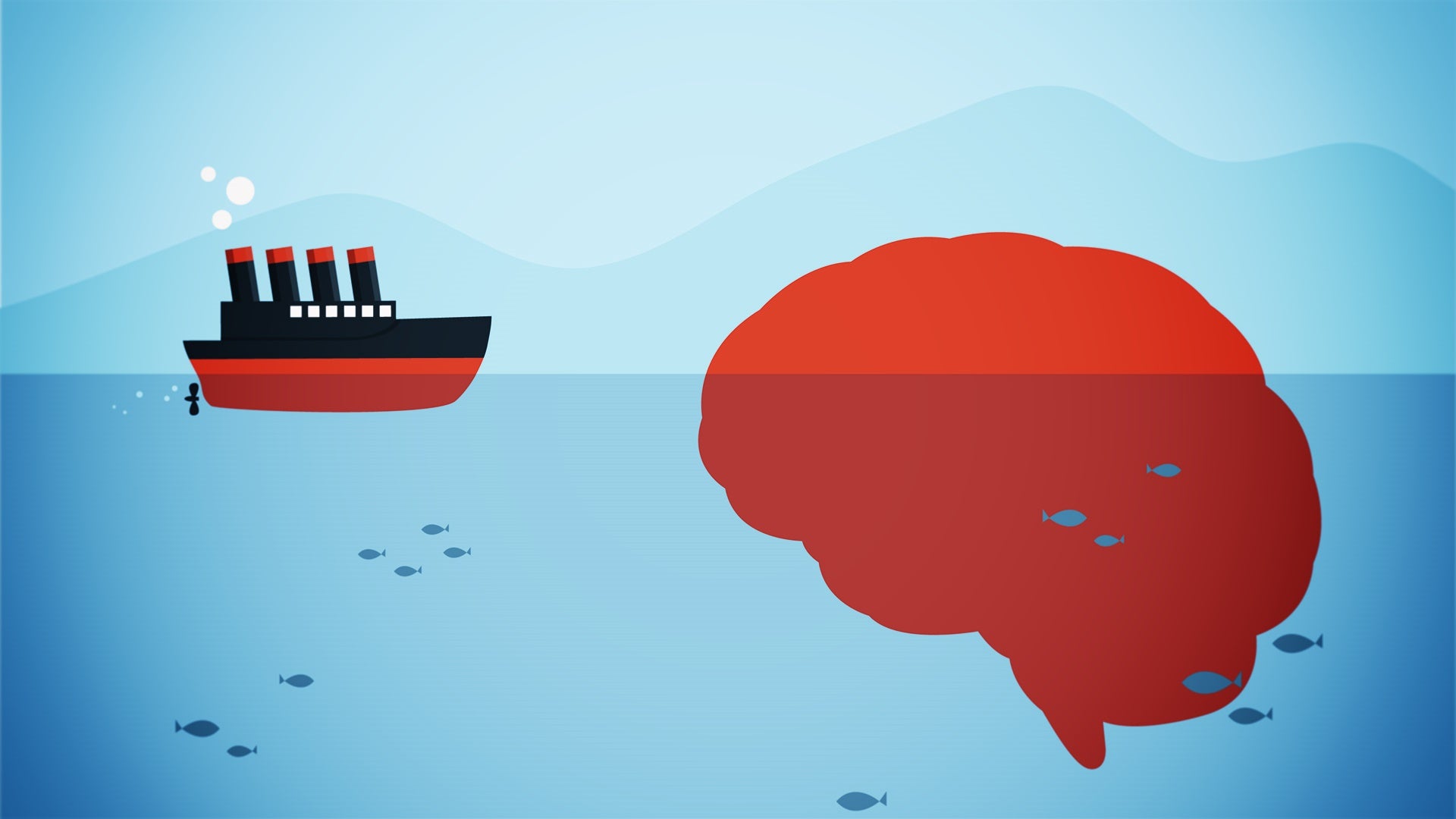 We all use silly logic to help us rationalise a confusing world. Take full moons, for example. For centuries people have been blaming full moons for inexplicable behaviours that coincided with them. But it's an illusory correlation — we fool ourselves into believing something based on what stands out most in our memories. This post originally appeared on James Clear's blog.

Human beings have been blaming strange behaviour on the full moon for centuries. In the Middle Ages, for example, people claimed that a full moon could turn humans into werewolves. In the 1700s, it was common to believe that a full moon could cause epilepsy or feverish temperatures. We even changed our language to match our beliefs. The word lunatic comes from the Latin root luna, which means moon.

Today, we have (mostly) come to our senses. While we no longer blame sickness and disease on the phases of the moon, you will hear people use it as a casual explanation for crazy behaviour. For example, a common story in medical circles is that during a chaotic evening at the hospital one of the nurses will often say, "Must be a full moon tonight."

There is little evidence that a full moon actually impacts our behaviours. A complete analysis of more than 30 peer-reviewed studies found no correlation between a full moon and hospital admissions, casino payouts, suicides, traffic accidents, crime rates and many other common events.

But here's the interesting thing: Even though the research says otherwise, a 2005 study revealed that 7 out of 10 nurses still believed that "a full moon led to more chaos and patients that night".

The nurses who swear that a full moon causes strange behaviour aren't stupid. They are simply falling victim to a common mental error that plagues all of us. Psychologists refer to this little brain mistake as an "illusory correlation".

Here's how it works.

How We Fool Ourselves Without Realising It

An illusory correlation happens when we mistakenly over-emphasise one outcome and ignore the others. For example, let's say you visit New York City and someone cuts you off as you're boarding the subway train. Then, you go to a restaurant and the waiter is rude to you. Finally, you ask someone on the street for directions and they blow you off.

When you think back on your trip to New York it is easy to remember these experiences and conclude that "people from New York are rude" or "people in big cities are rude".

However, you are forgetting about all of the meals you ate when the waiter acted perfectly normal or the hundreds of people you passed on the Subway platform who didn't cut you off. These were literally non-events because nothing notable happened. As a result, it is easier to remember the times someone acted rudely toward you than the times when you dined happily or took the subway in peace.

Here's where the brain science comes into play:

How to Spot an Illusory Correlation

There is a simple strategy you can use to spot your hidden assumptions and prevent yourself from making an illusory correlation. It's called a contingency table and it forces you to recognise the non-events that are easy to ignore in daily life.

Let's break down the possibilities for having a full moon and a crazy night of hospital admissions. 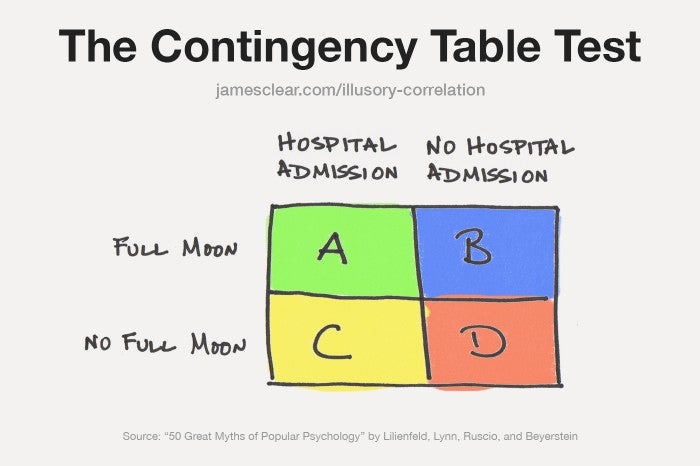 I first learned about this contingency table strategy while reading 50 Great Myths of Popular Psychology and I find that this simple table can be adapted to many different situations. Ideally, you would plug in a number into each cell so that you can compare the actually frequency of each event, which will often be much different than the frequency you easily remember for each event.

How to Fix Your Misguided Thinking

We make illusory correlations in many areas of life:

Most of us are unaware of how our selective memory of events influences the beliefs we carry around with us on a daily basis. We are incredibly poor at remembering things that do not happen. If we don't see it, we assume it has no impact or rarely happens.

If you understand how these errors in thinking occur and use strategies like the Contingency Table Test mentioned above, you can reveal the hidden assumptions you didn't even know you had and correct the misguided thinking that plagues our everyday lives.

Upgrade Your Brain: How to Spot a Common Mental Error That Leads to Misguided Thinking [James Clear]