The Case For 'Eating The Frog' Later In The Day 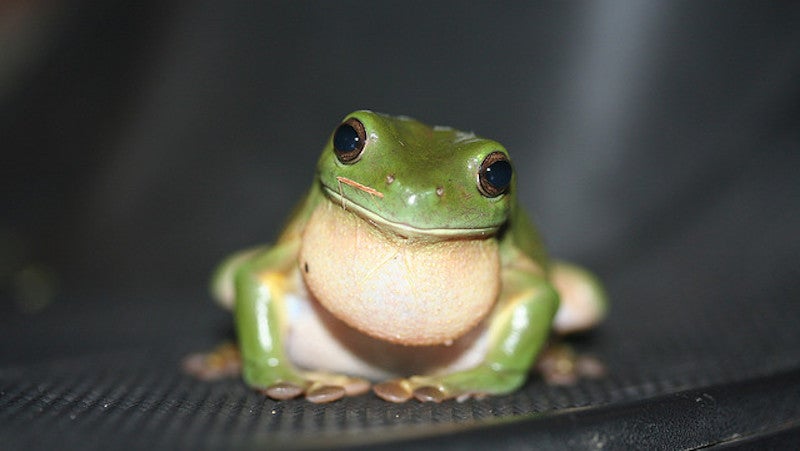 You've probably heard the old "eat the frog" advice, which says you should tackle your most dreaded task first thing in the morning. This works well for some of us, but there's a solid case to be made for eating the frog later. Photo by Stephen Michael Barnett.

Over at Unclutter, writer David Caolo says completing small tasks in the morning helps give him the momentum to tackle larger tasks later in the day:

I like to set myself up for early wins with one or two quickie successes early in the morning. For example, if know I have to sit down at the computer and write a proposal, I might clear a few emails from my inbox first, tackle another small to-do item (like returning an object to a coworker), re-read an article related to my proposal, and then begin writing. I find that if I clear a few easy items off of my "to-do" list, I experience some of the benefits described in the Progress Principle above, and I can use that momentum to tackle the big project of the day — the frog. A couple little successes can go a long way.

The Progress Principle Caolo mentions was coined by researchers Teresa Amabile and Steven J. Kramer. They analysed thousands of diary entries from workers, asking them to recount the details of their day. Amabile and Kramer explain some of their findings via an article in Harvard Business Review:

Of all the things that can boost emotions, motivation, and perceptions during a workday, the single most important is making progress in meaningful work. And the more frequently people experience that sense of progress, the more likely they are to be creatively productive in the long run.

In short, "eating the frog" first thing can help you feel accomplished, but small wins might work in your favour, too. Give both methods a try, pay attention to how they affect your motivation, then go with the option that works best for you. For more detail, check out the full post below.